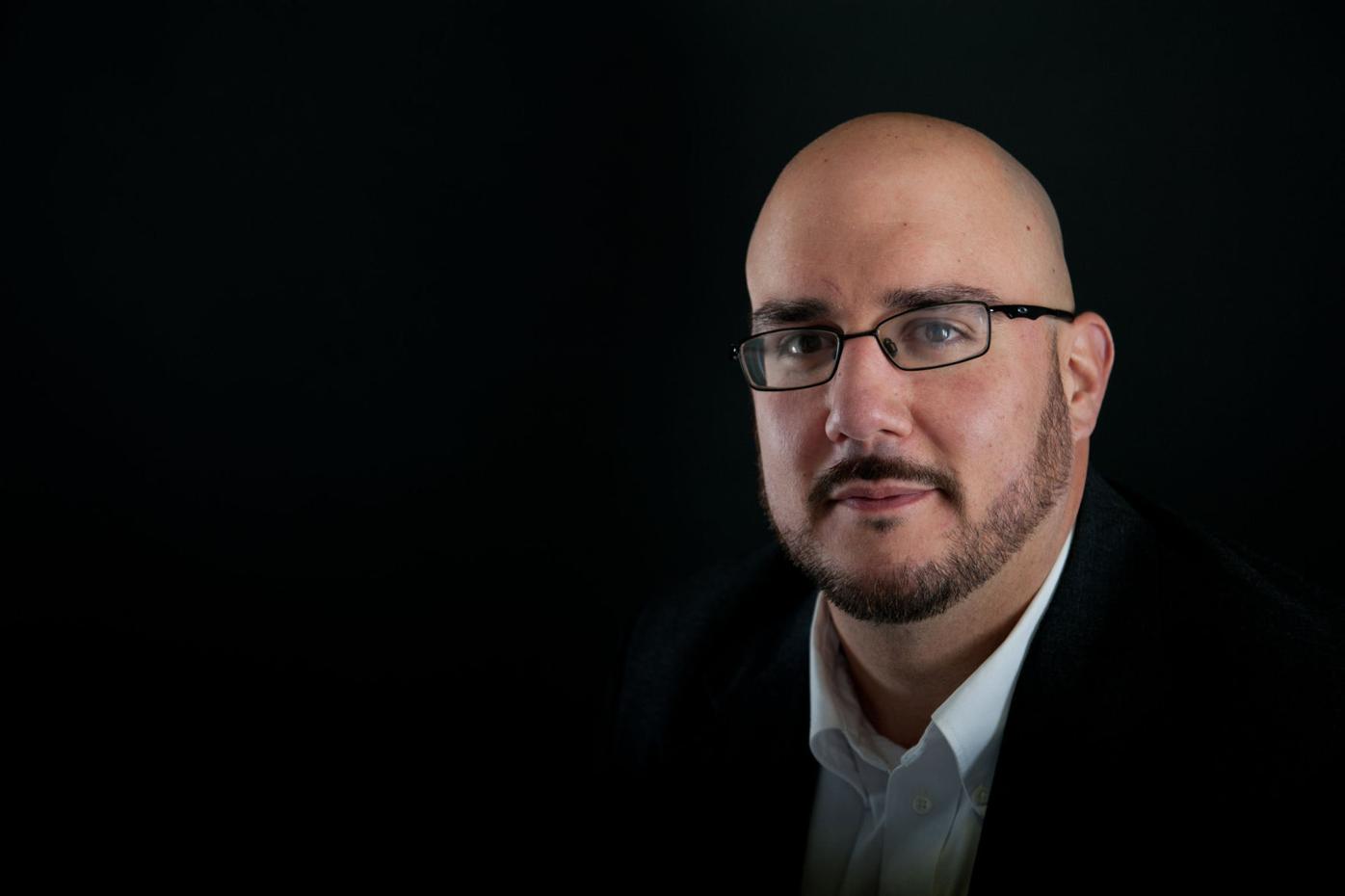 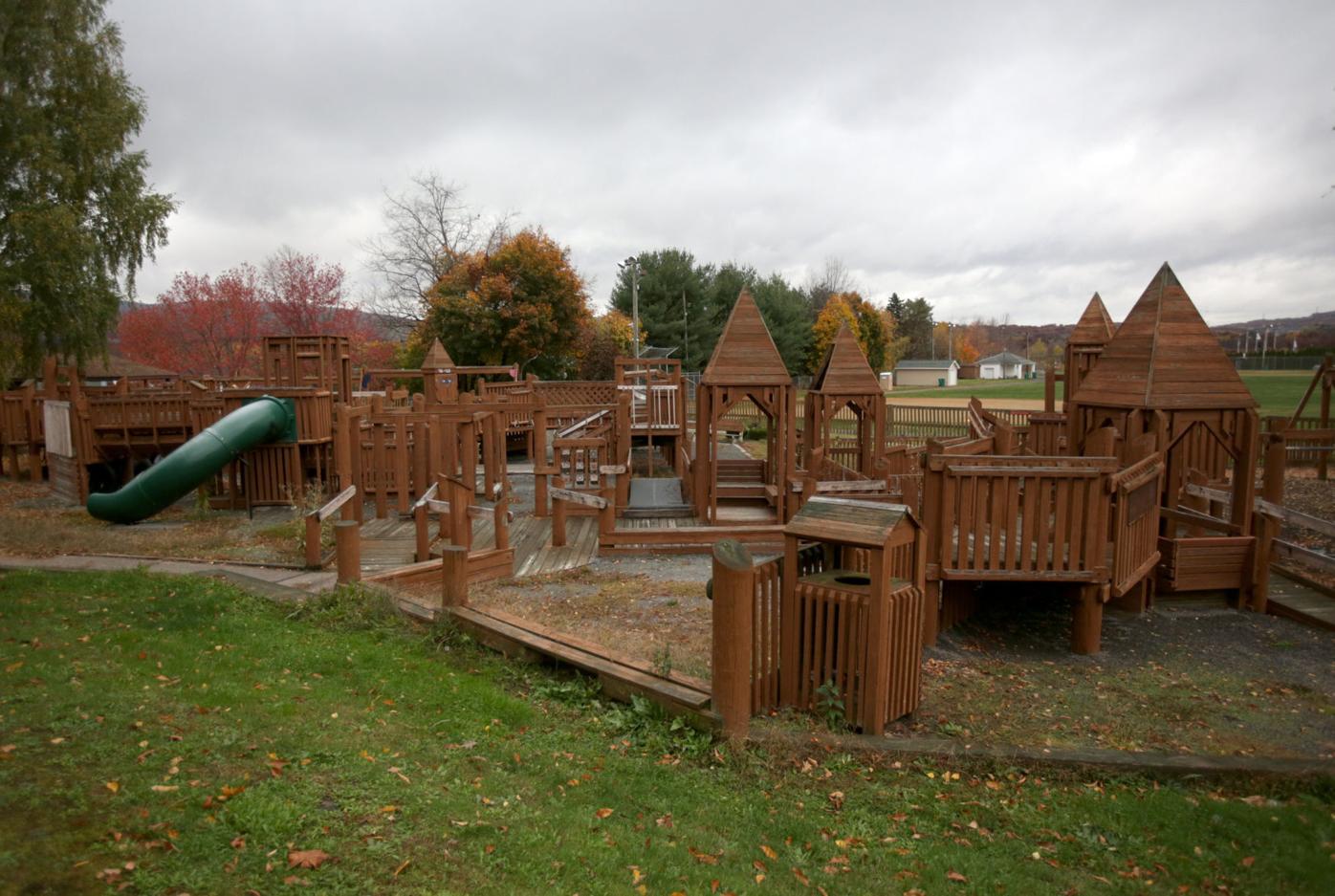 Lifelong Jessup resident Curt Camoni is among untold numbers of Midvalley and Upvalley kids who have happy memories of playing at Kids Korner on Erie Street. So when it fell into disrepair, he and other members of The Family of St. George began talking to the borough about how to restore the playground to its former glory. After forming a committee, work got underway. Read more about their plans for the playground:

Q: How did you get involved in the group working toward the Kids Korner improvements and what’s your role?

A: I’ve been a proud member of the Family of St. George for the past 20 years. As an organization, we have always worked to help the community in any way we could.

Many of us were kids when Dr. Frank Cianci and his group built the original Kids Korner and we never forgot how much it meant to us to see everyone working so hard to give us something so amazing. The Family of St. George immediately embraced the idea and created a committee to make this idea of rebuilding the playground into a reality. Justin Stevens, Louis Margotta and I have been the heads of this committee since its inception. I have generally spoken for our committee at borough meetings and promoting the project publicly, but our committee has collectively worked very hard and have dedicated countless hours to this project.

Like me, many were between 10-12 years old when Kids Korner was built, and the playground was a major part of our childhood. Kids from all over would come to play at Kids Korner; it was an amazing and fun place.

Q: How did Family of St. George get involved in this project?

A: The Family of St. George is first and foremost a group dedicated to the preservation and participation in St. Ubaldo day in Jessup. To most people, we are probably best known as the people who run wearing blue in the Race of the Saints. We are a part of the St. Ubaldo Society, along with the Families of St. Ubaldo and St. Anthony.

The Society, along with the three families, work year round to keep our tradition alive and thriving, but all four organizations also get involved in the community that has embraced our annual festival and made it so successful. The Family of St. George has always donated and supported charitable efforts in the community, but the Kids Korner project has been our largest endeavor by far and it would never have been remotely possible or as close to fruition as it is without our partnership with Jessup Borough.

Starting with Lorraine Stevens and Randy Santarelli, to Kevin Gordon, and now Pete Larioni, Greg Betti, Mayor Joseph Buckshon and the members of Councilman Frank Shander’s parks committee, the support and efforts of the borough have been integral to the project.

Q: What were the first steps?

A: The Family of St. George first approached Jessup Council to see if we would even be allowed to renovate the park. We are a relatively small group and we knew this would take a long time, but council at the time was eager to partner with us.

From there we began interviewing playground companies and selected what we felt would be the best option. We then began designing the playground, paying special attention to ensure the playground would be as inclusive as possible for children of all abilities. We also wanted the park to be safe and easily secured by Jessup police to avoid any issues after dark. We partnered with KBA Engineers to ensure everything would be safe, built to code and to ensure we comply with all aspects of the grant.

It’s been a long road, but we expect to break ground this spring and we can’t wait to see children playing and enjoying the new Kids Korner.

Q: How did you raise money and how much do you need to raise?

A: Kids Korner wasn’t in the best of shape and was also becoming a potential liability risk for the borough. Our plan was always to seek a state grant, but we first needed to raise the matching funds.

Santarelli and Stevens spearheaded an effort for the borough to put in the money needed to use to match the grant money from the state. The Family of St. George hired a grant writer and helped write applications. We were ecstatic when the state awarded us a $250,000 grant. From there, we have had meetings with many local businesses and have received donations from many companies and individuals. We were all a little overwhelmed when Invenergy gave us an amazingly generous donation of $100,000.

At this point, The Family of St. George has raised over $500,000 in grants and donations. Jessup Borough provided that all important initial $250,000, and we estimate we still need to raise around $50,000. We will know the exact amount when the project bids go out in the next few months. Our intention was always to have some community fundraisers, but COVID-19 has thrown a wrench into those plans. Jessup Borough Council has earmarked money to ensure the project will be completed this spring, but The Family of St. George is working hard to raise whatever is needed to complete the project.

Donations can be sent and made out to Jessup Borough, care of the Kids Korner Project.

Q: How will you and the other group members feel when it’s finally done?

A: This project has been in the works for a long time. I’m sure everyone involved will be thrilled to see it built and children enjoying the park.

For the Family of St. George, this has been about paying tribute to Dr. Frank Cianci and his original group that built Kids Korner for us when we were kids. Our hope is that the kids that get to enjoy this park are instilled with the same sense of community that Dr. Cianci’s group instilled in us. If the kids have half as much fun in the playground as we had at Kids Korner, than all the time and effort will have been more than worth it.