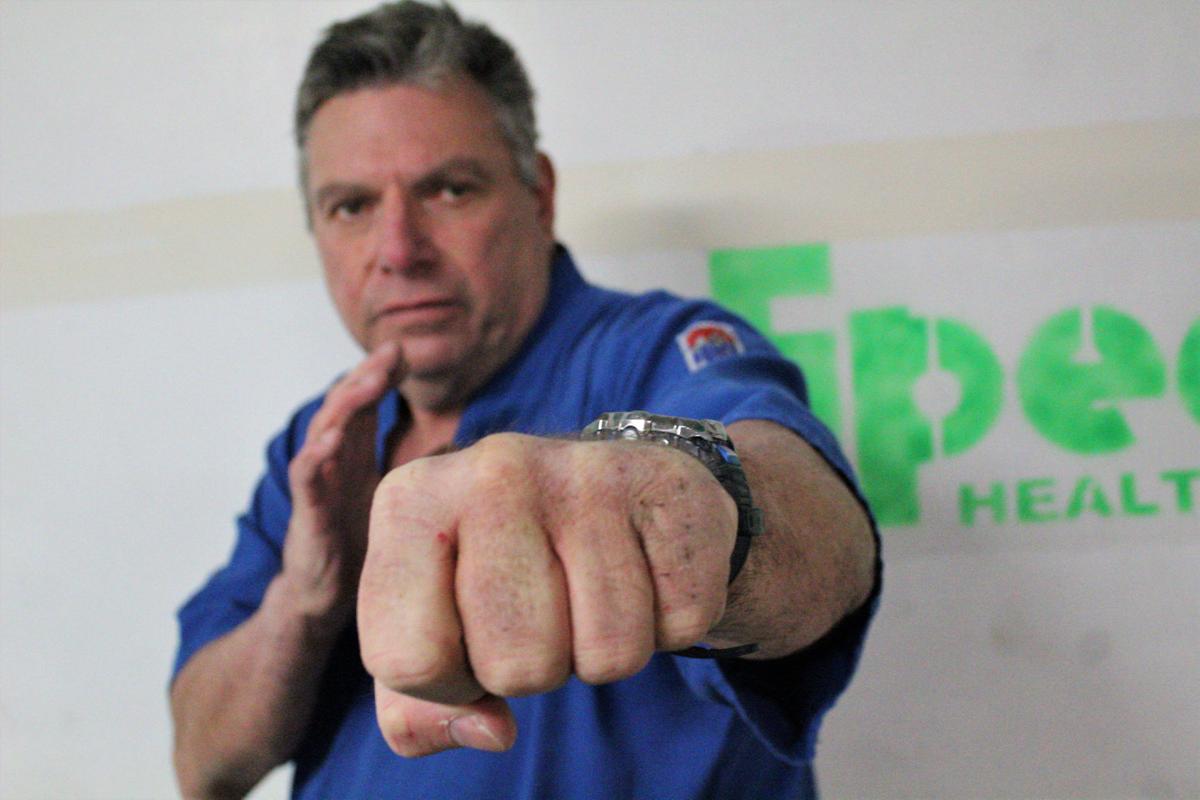 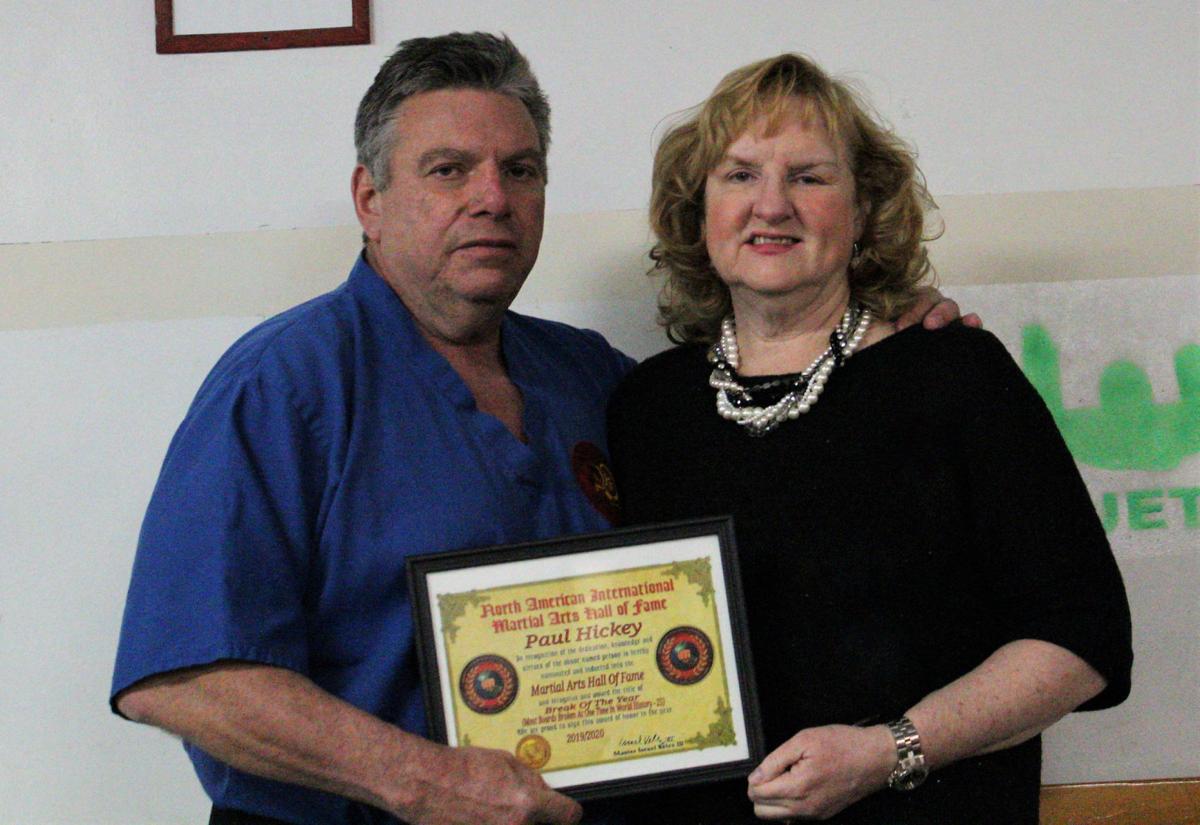 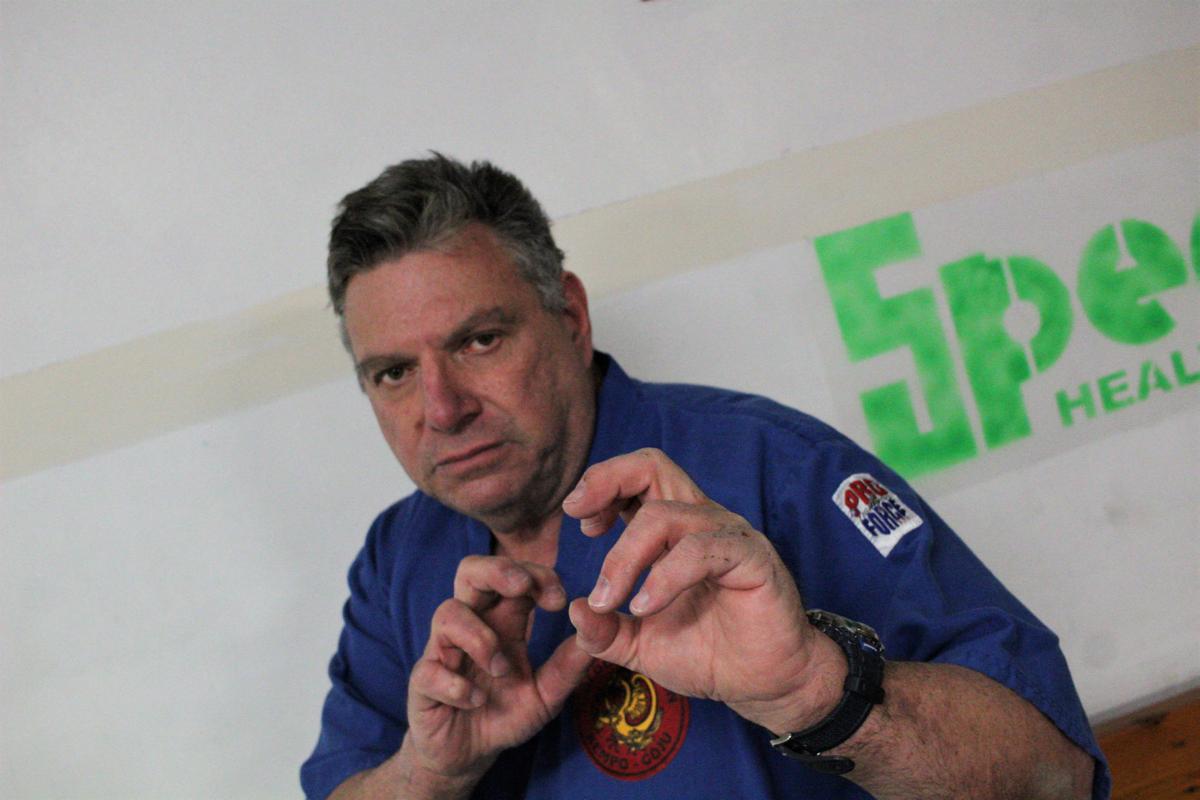 In a few short moments, Greenfield Township native Paul Hickey held, shared, lost and won the world record for the most broken one-by-twelve-by-ten wooden boards in one strike.

On the morning of Feb. 15, Hickey entered the United States and World Breaking Association (USBA/WBA) 2020 Massachusetts State Breaking Championships as the sole world record holder in broken one-by-twelve-by-ten boards, a record that he held since 2012.

Little did Hickey know, things were about to change.

Breaking is an action where a martial artist uses a striking surface to break one or more objects.

Hickey and two other top martial artists from the northeast division, David Mayton and Drew Serrano, competed for the chance to have their names etched in the record book.

Hickey knew what lay before him, yet he remained undaunted. The situation might be a lot of pressure for some people to handle, but not him. The 62-year-old has seen his share of competition. The man does hold 15 sanctioned world breaking records.

First up was Mayton. In one crisp strike, the Maryland native was the new joint owner of the 23 broken boards record that Hickey set in 2019, in the same venue.

Next was Connecticut native and USBA/WBA founder Drew Serrano. Just as fast as Mayton joined Hickey for the world record, both men were cast aside when Serrano smashed his way through 24 boards, setting a new world record.

In that moment, Hickey felt content with being in second place. But with some encouragement from USBA/WBA co-founders Serrano and Ralph Bergamo, Hickey would try to reclaim his record.

Using a double vertical elbow technique, Hickey accomplished the tremendous feat of breaking 25 1”x12”x10” boards at once. By doing so, he established a new USBA/WBA sanctioned competition world record.

Hickey, a 10th degree black belt, began practicing martial arts at the Carbondale YMCA in the 1970’s. At the age of 19, he learned from well-known veterans like the late Joe Margitich, David Brojack and Mark Dodgson. The martial arts masters taught him the two fighting styles that he uses today: Tango Soo Do, a karate-based Korean martial art and Chinese Kempo, a diverse form of Kung Fu and self-defense.

“Martial arts has a positive impact on fitness and confidence,” said Hickey. “The self-defense aspect can play a major role in helping children grow into successful, positive and respectful adults.”

Hickey incorporates the two martial art styles into one for the students at Tiger Kai Karate of the Spectrum Gym in Blakely, which he operates. He’s also the Pennsylvania director and vice president of the U.S. and World Breaking Assoc., the largest and most respected breaking association in the world.

Hickey holds 15 sanctioned World Breaking Records. The most notable are five, two “eight by sixteens” non spaced, concrete blocks with an elbow and seven non spaced regulation boards with a ridge hand technique. Hickey used the ridge hand to win “The World’s Hardest Hand Strike” in 2010, at the IMAA/Macho competition in Orlando, Florida.

Hickey and his wife Ann reside near Chapman Lake in Greenfield Township with their dog Coco and seven cats.

“I live martial arts,” said Hickey. “It is a big part of my daily routine. I train in some capacity every day. Even my social life is centered on the many friends I have gained from martial arts.”

“I live Martial Arts. It is a big part of my daily routine. I train in some capacity every day. Even my social life is centered on the many friends I have gained from martial arts.”

Tiger Kai Karate of the Spectrum Gym in Blakely