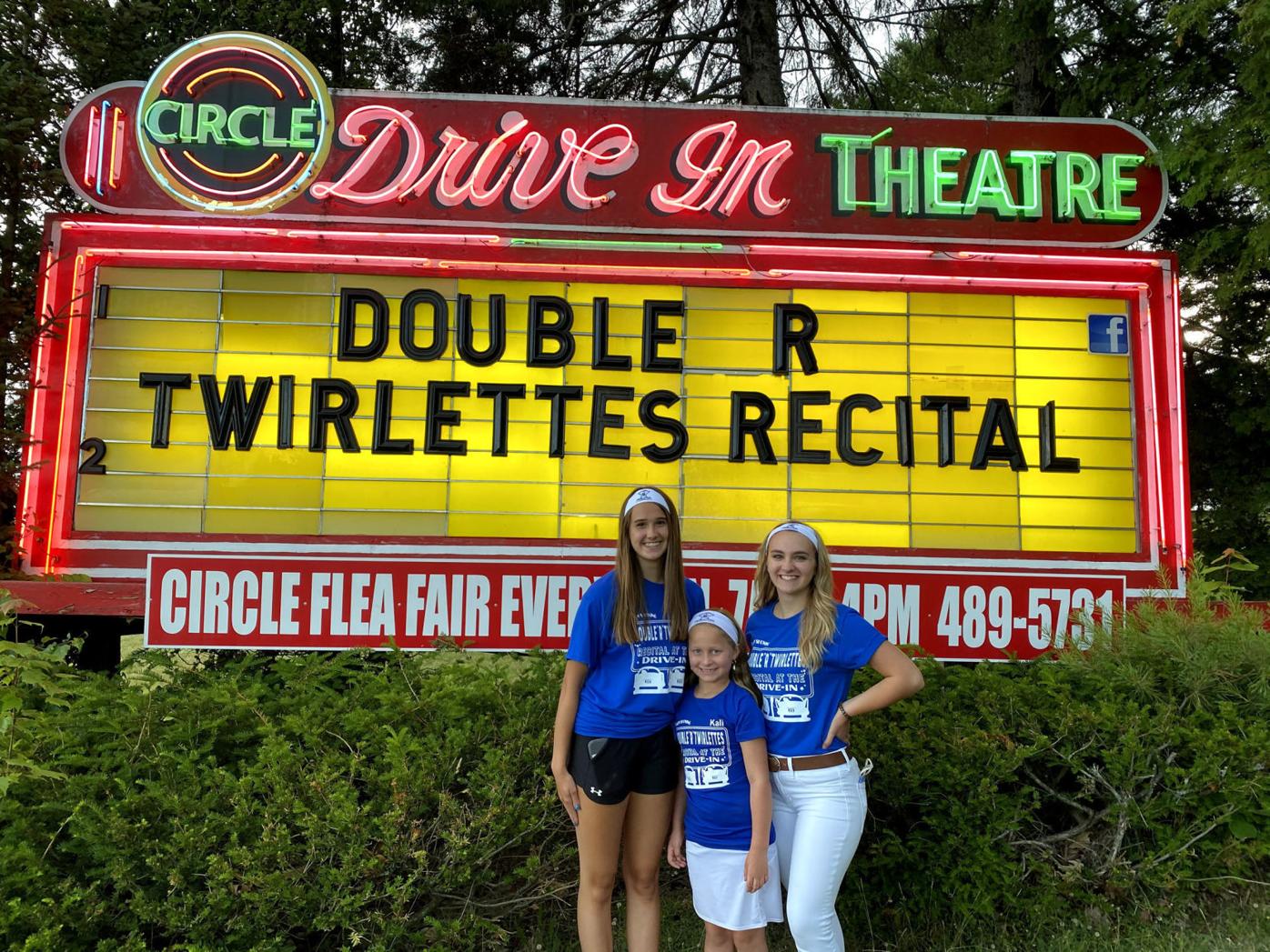 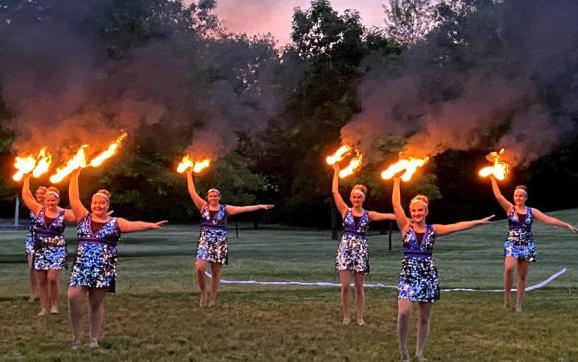 Students at Double R Twirlettes practice their fire baton routine for their pre-recorded performance at the Circle Drive-In earlier this month. 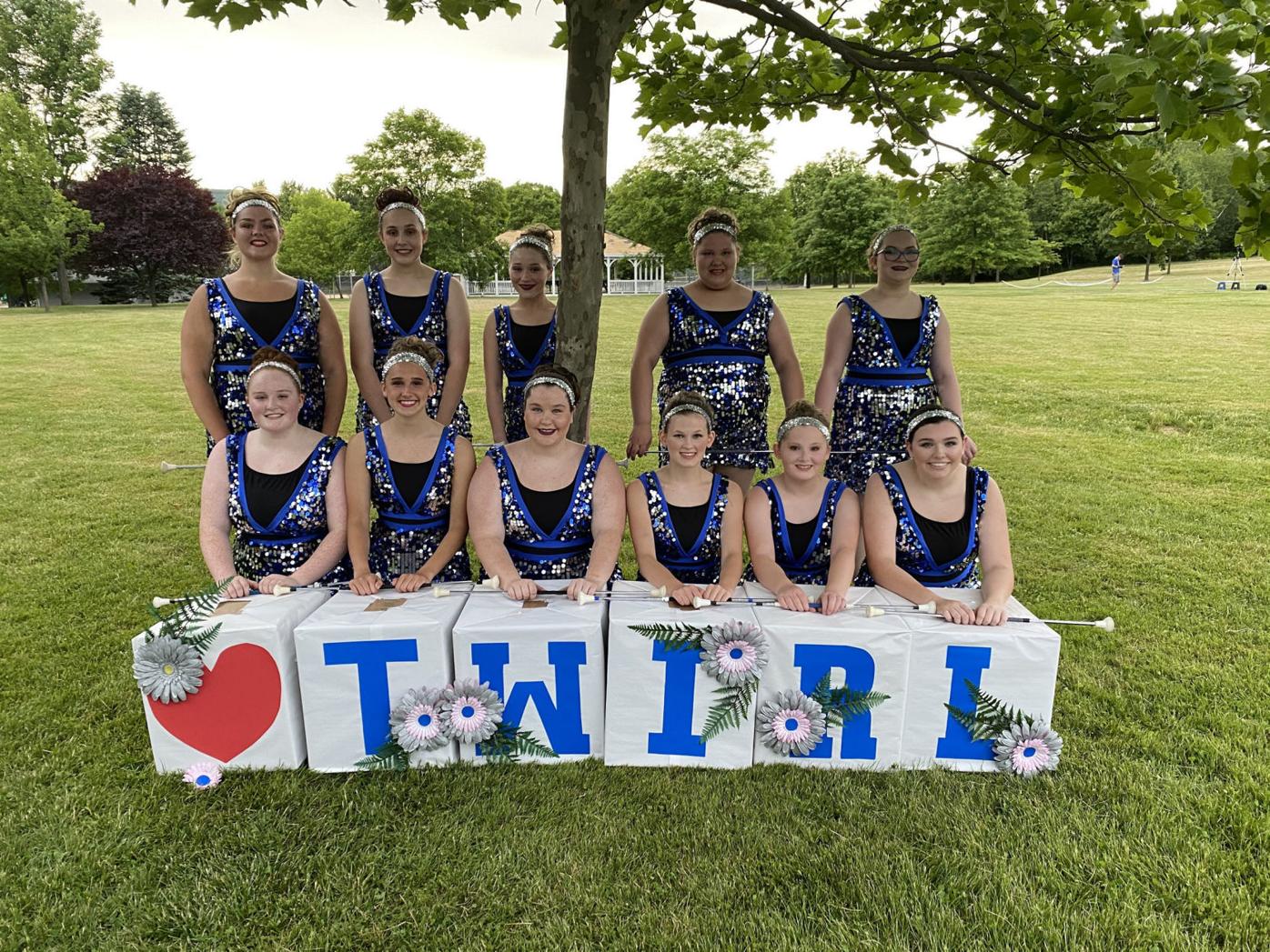 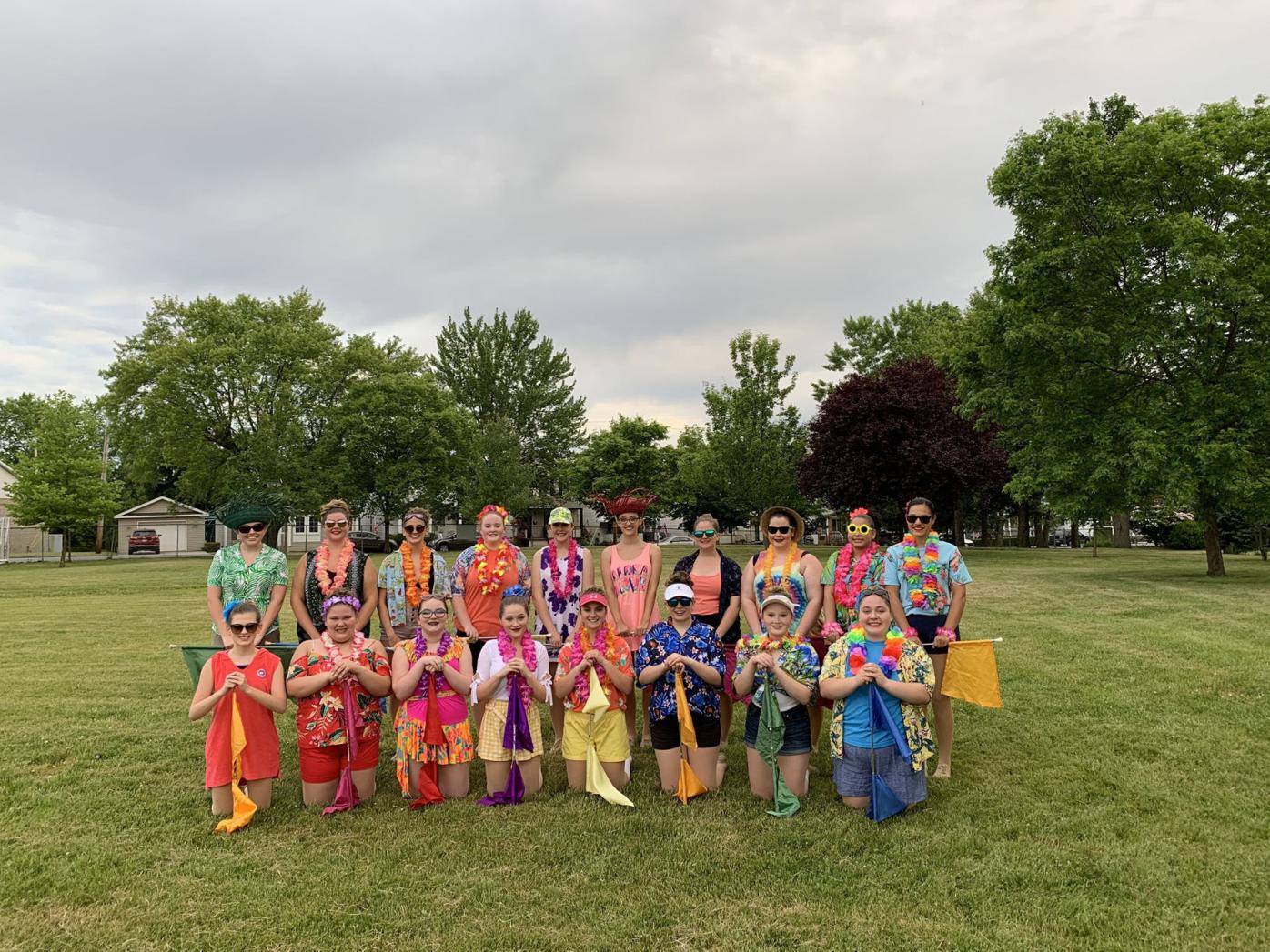 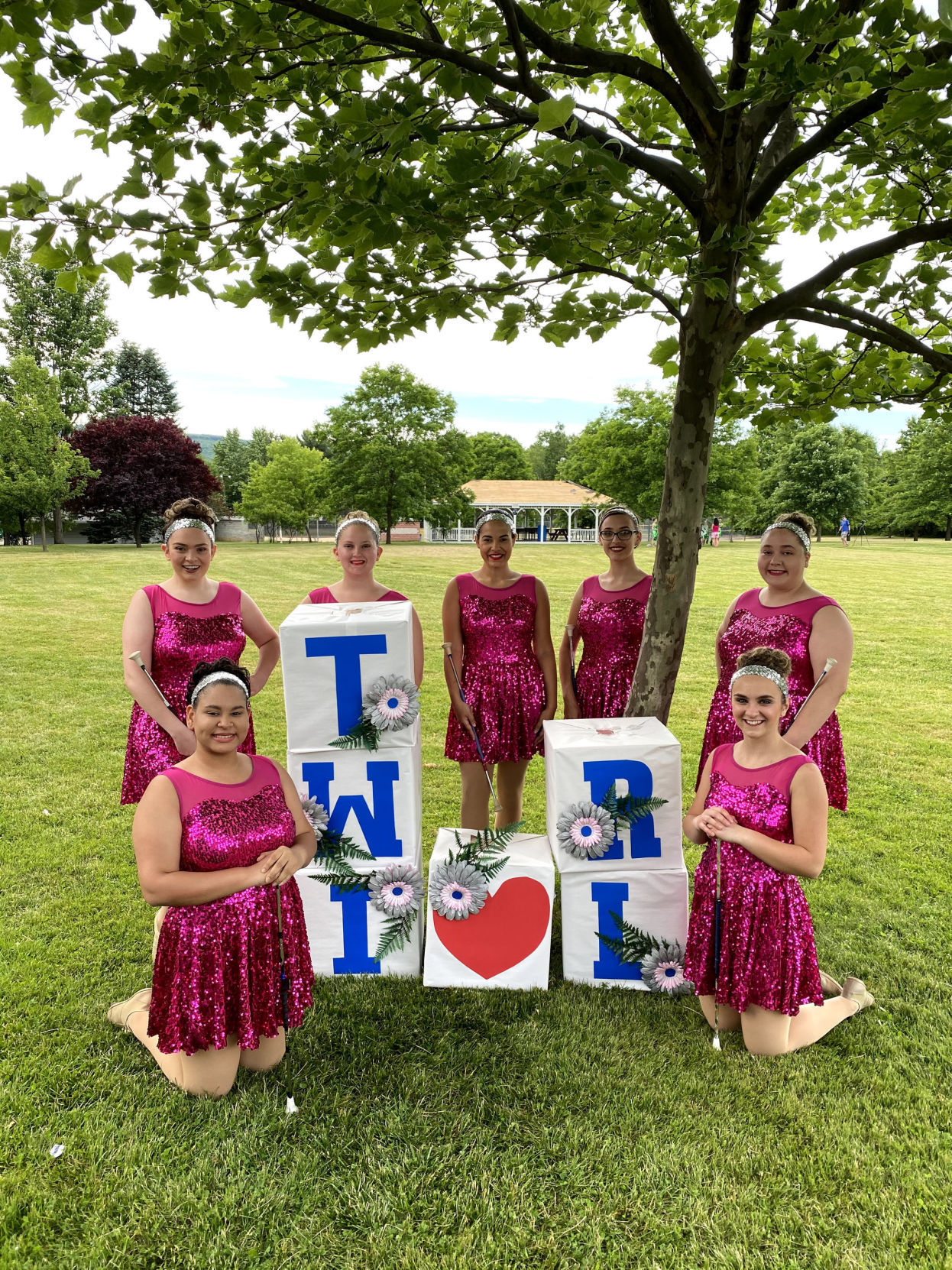 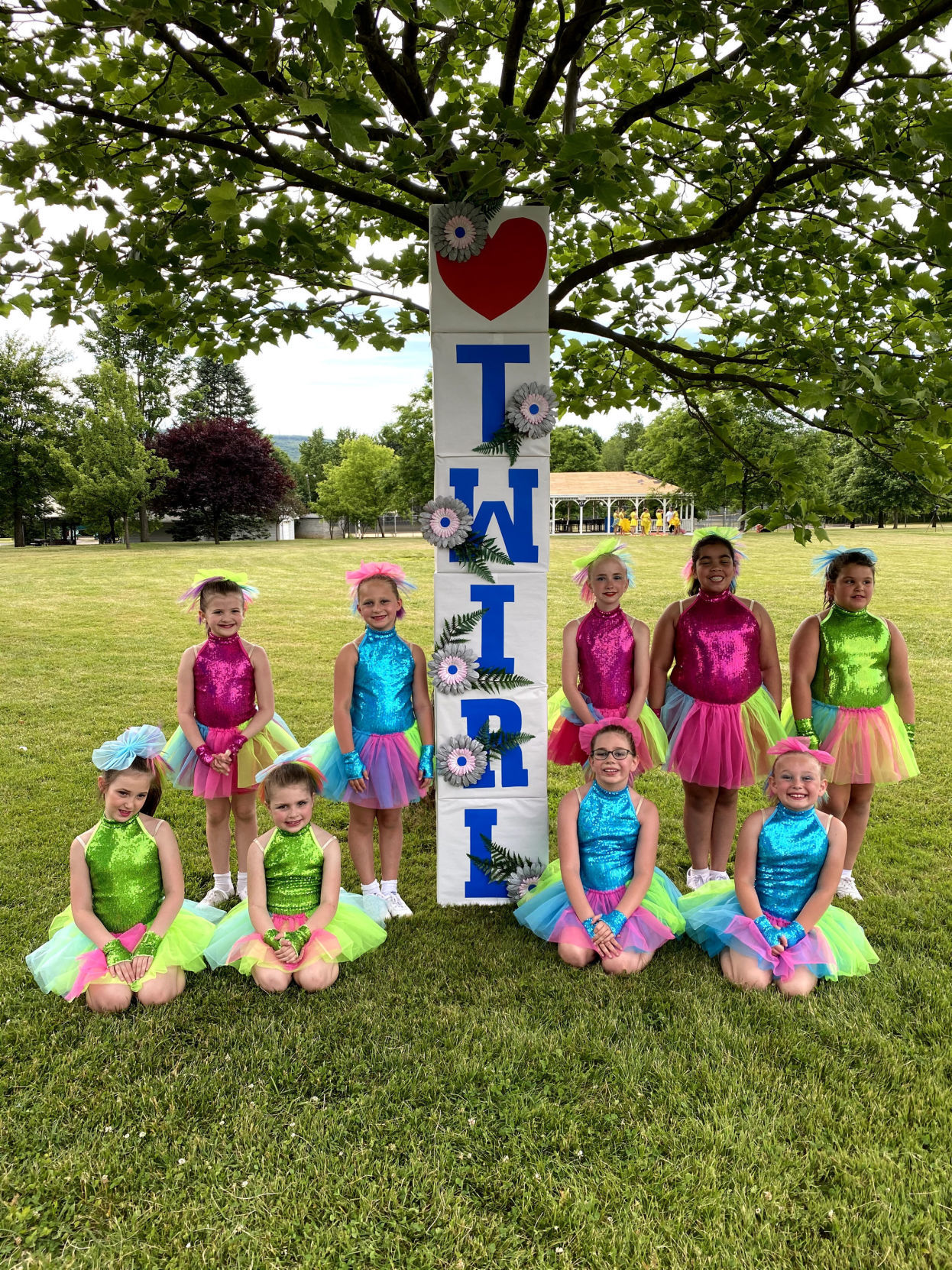 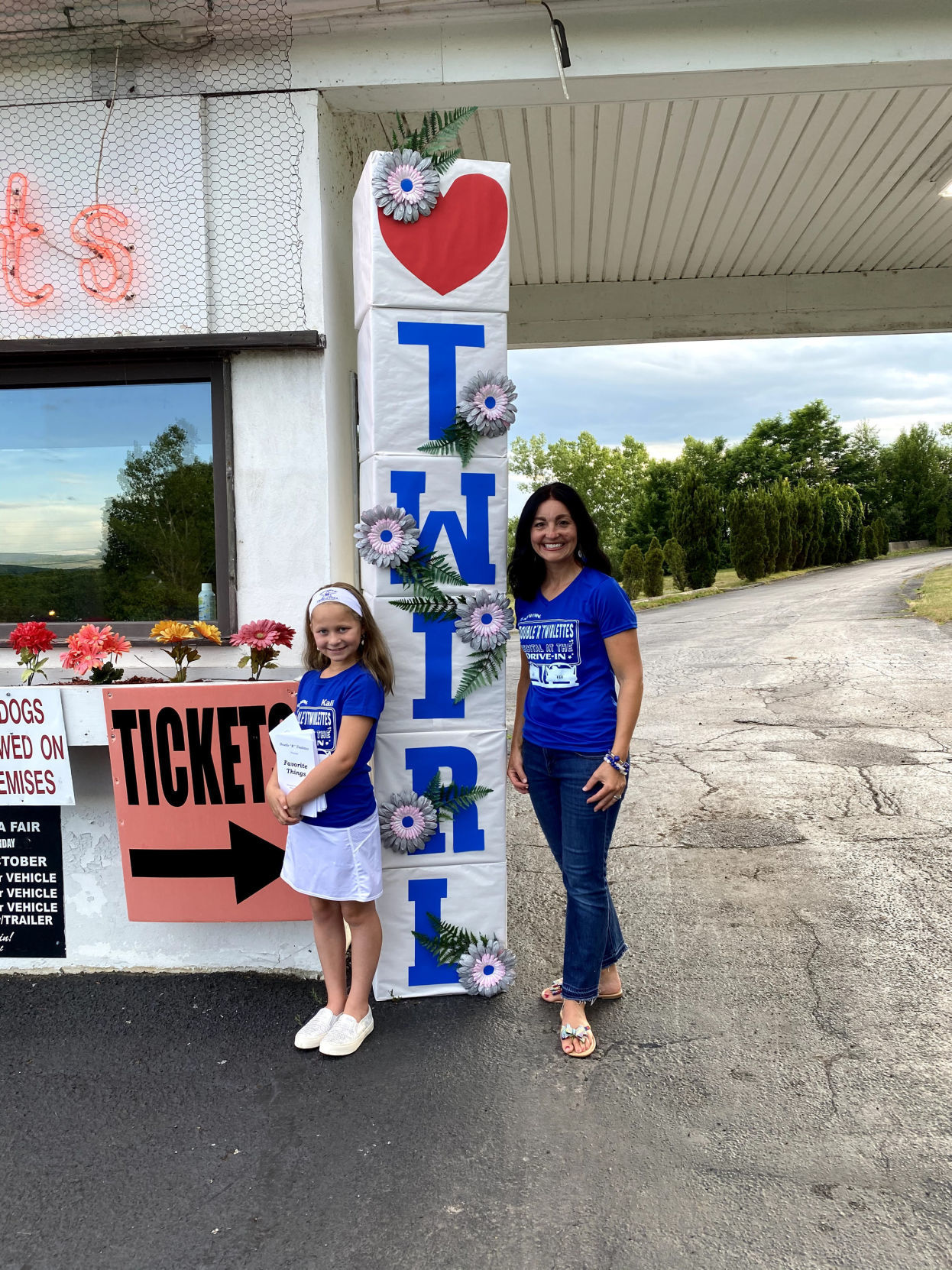 Students at Double R Twirlettes practice their fire baton routine for their pre-recorded performance at the Circle Drive-In earlier this month.

For the past 26 years, Kathleen Mercatili has taught baton twirling and a whole lot more at Double “R” Twirlettes. The group is one of the oldest of its kind, and Mercatili — who resides in Peckville with her husband, Keith, and their two children, KJ and Kali — is the third generation to train hundreds of students to be performers and leaders The group recently had a unique show at Dickson City’s Circle Drive-in. Here’s what Marcatili has been up to lately.

Q: How did Double “R” get started?

The Double “R” Twirlettes was established in 1949. It is the oldest group of its kind and the pioneer of baton twirling in Northeastern Pennsylvania. The group recently celebrated its 70th anniversary with a special guest performance at the Royal Naval Dockyard in Bermuda. The group has performed extensively throughout the United Sates, as well as Canada, Europe and the Caribbean. The Twirlettes is an award-winning group that has been state, regional and national champions. The group prides itself on its strong tradition of charitable and volunteer work. Through the years, the group has donated well over $150,000 to local charities and has been awarded a Pennsylvania State Senate Citation for their many years of generous contributions to the community.

Q: What changes did you have to make when the coronavirus pandemic shutdowns began?

A: When the coronavirus pandemic began, I never thought I would be away from teaching and my students for so long. We missed out on many performances and events, the biggest performance being the New York City St. Patrick’s Day Parade. The parade marches right up 5th Avenue and my older students perform for approximately 2 million spectators that line the parade route. It is one of our biggest and most prominent performances each year and a highlight to our season! Another fun event we were forced to postpone was a bus trip for the younger students to visit and have lunch at the American Girl Store in New York City. Although I was disappointed we missed out on many performances and activities, I was grateful we were able to hold our annual twirl-a-thon to benefit St. Joseph’s Center. For the past 41 years we have organized this event at the Viewmont Mall to benefit the residents of St. Joseph’s Center. My students raised $2,721 for the organization this year.

Q: How’d you come up with the idea for the performance at Circle Drive-In on July 1?

A: We hold our recital each spring at Mid Valley Secondary Center. Obviously, that was not going to happen this year, so I contacted Dave Castelli. He is the general manager at the Circle Drive-In. He also has a daughter who twirled with Double “R” Twirlettes for many years. Dave was more than willing to help us make this show a reality. When he said our recital on the big screen was possible, my next call was to Michael Melisky, our longtime videographer. He was also on board for this very unique and nontraditional show. So, the planning began, and we just waited for Lackawanna County to move into yellow status so we could proceed. Once we hit yellow status, we were able to meet in groups of 25 or less. My students only had one in-person rehearsal outside in small groups to prepare for the show. Then Michael came and recorded each class performing their routines. The Twirlettes were in full costume with hair done and stage makeup on, equipped with all the batons and props they needed to put on the show. After two days of taping, Michael edited the entire video and prepared it for us to view at the drive-in.

Q: How did your students prepare for this show, especially since classes were a no-no?

A: Students from our Scranton, Throop, and Daleville locations participated in the show. The Twirlettes who performed range in age from 3 to 18.

Since the twirl-a-thon was at the end of February and we had most of our choreography completed and routines perfected, it helped us prepare for our recital at the Circle Drive-In. Even though we were away from each other and not practicing together for over three months, the girls already learned most of the material they needed for the recital. We videotaped choreography and routines so students could practice and stay active and involved while at home. Then as the days and weeks went on, we started Zoom classes online. I was so proud of how well my students adjusted to the virtual classes. They were so positive and optimistic and really looked forward to seeing each other every week, even if it was through a computer screen.

Q: How did the performance go?

A: This recital was so exciting and unique because the performers were able to sit with their family members and friends to watch themselves and the entire show on the big screen. Usually they must stay backstage during the recital, focusing on quick costume changes and making sure they are ready to perform. They never get a chance to sit back, relax and watch. I even had the opportunity to enjoy the show with my family instead of directing it all from backstage. It was a beautiful night to celebrate the Twirlettes and all their hard work, dedication and resilience during this very unprecedented season.

Something different we were able to incorporate into the show this year was a fire baton performance. The Twirlettes are usually twirling on stage in a theater so we could never twirl fire batons at a normal recital. Since we recorded the show outside in a large empty field, it was a perfect opportunity to showcase our fire baton performers.

Q: What’s on the horizon for you and your performers?

A: All our summer parades and performances have been canceled. Our next scheduled performance is the “Celebrate America Parade” in September on the boardwalk of Atlantic City, New Jersey. We have some outdoor classes and camps planned for August. Then we are scheduled to start our 72nd season in September. Hopefully, we will be back at our indoor facilities by then and our classes will be filled with excited students ready to enjoy the art of baton twirling!