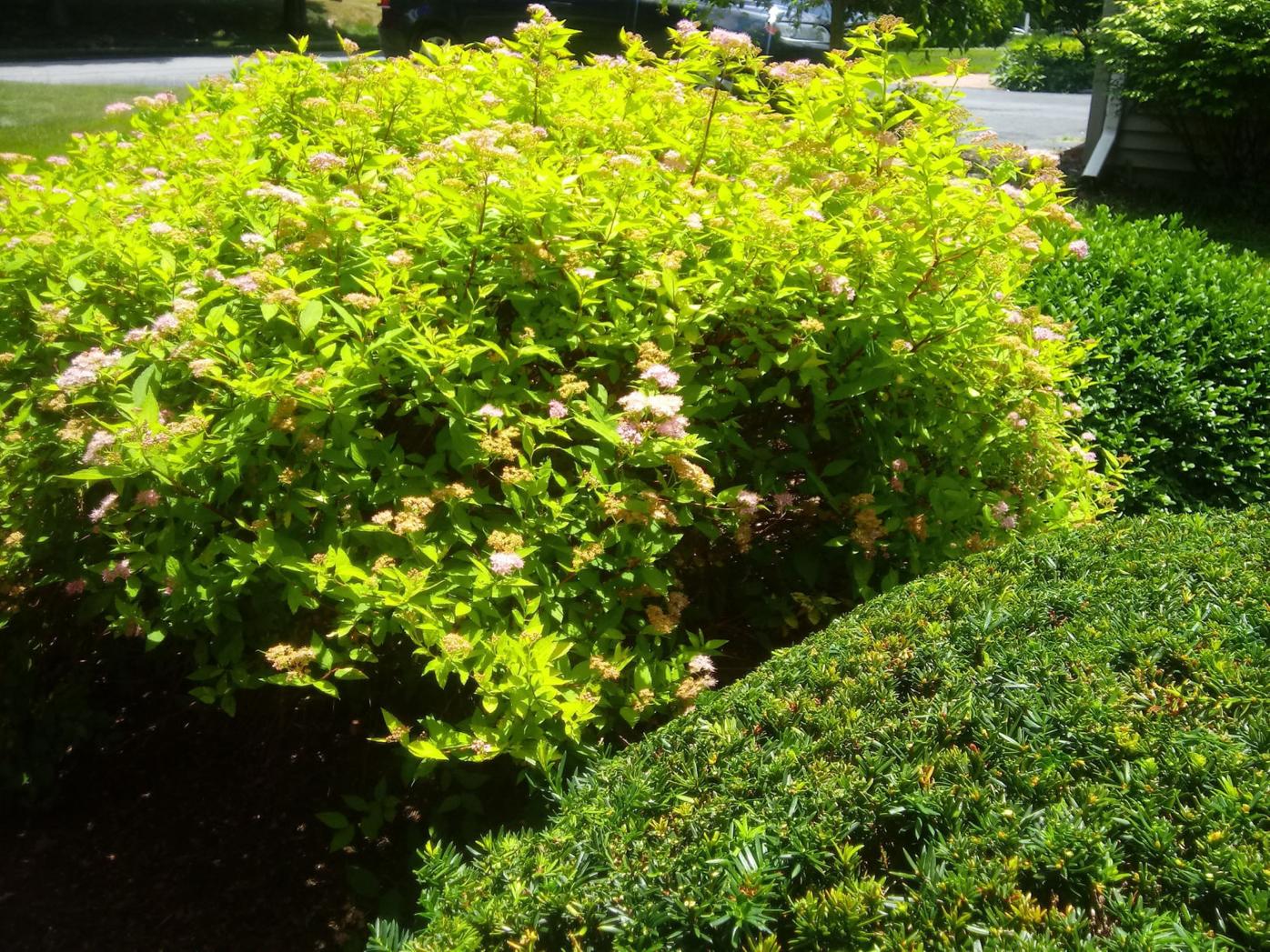 Yew in foreground, spirea in background. 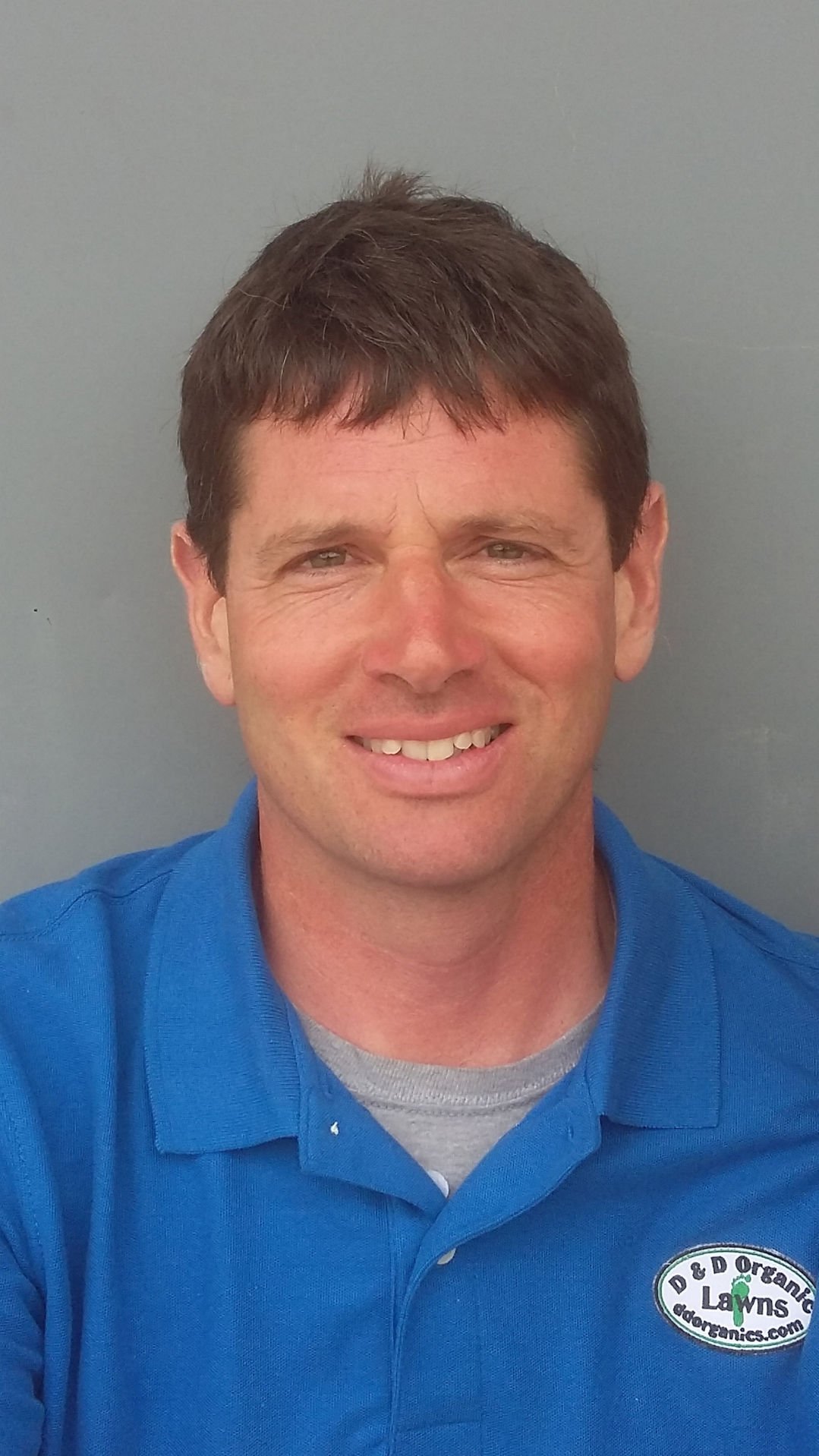 With the passing of the Independence Day holiday, we are officially in mid-summer.

Rhododendrons finished blooming weeks ago, spirea are just wrapping up their first blooms, and those tidy yews are now Chia Pets. So you are going to have to do your mid-summer chores.

By the way, don’t leave your sugary drinks uncovered and then return to them at this time of year either. A foraging yellow jacket may give you a swollen face instead of the refreshment you sought.

This brings us to the stinging insects and your chores. In the photo, the yews needed to be trimmed, but the bordering spirea is full of buzzing pollinators, including honey bees. Is it safe to trim the yew with so many stinging insects close by?

And maybe your rhododendron has gotten a bit too big for its spot. (It almost certainly will get too big if it is planted as an ornamental landscape plant, because its mature size is as tall as small trees). So that needs pruning attention, but nearly every spent bloom has drawn the interest of those fearful, foraging yellow jackets.

It’s the perfect excuse: Honey, I can’t trim those bushes, because either I will get stung, or our food security will be jeopardized by me killing those endangered pollinators. Nice try, but not so fast. Go get those clippers, and I don’t think you will have to carry your epi-pen with you for the chore.

Honey bees generally sting for two reasons — and remember that while a sting hurts you, it costs the honey bee her life! Honey bees sting to defend their hive, or if their life is threatened. When the spirea they are pollinating is bumped by someone trimming a neighboring yew, or when their honey-producing white clover patch is threatened by an approaching lawnmower, they simply move on to a more peaceful place to work.

Although they are more aggressive, it’s the same with the yellow jacket. Unless they have made their hive in or very close to the rhododendron, you can safely prune the shrub while being surrounded by the fearsome creatures. Even though I get at least a day’s worth of flu-like symptoms when I get stung, I have trimmed hundreds of rhododendrons while surrounded by yellow jackets, and I have never been stung in the process.

If there is a nest close by, however, that’s a different story. You can easily find a nest by watching the air traffic in the area you will be working. Look closely, and you will see a regular flight pattern, with insects buzzing into and out of the nest. Follow the flight pattern, and you will find the nest. Do not put yourself in the middle of or too close to that path, and you should be safe.

Joshua Arp is an ISA-certified municipal specialist, Clarks Summit’s municipal arborist and an operator of an organic lawn and landscape maintenance business. Reach him at josarhuap@aol.com.