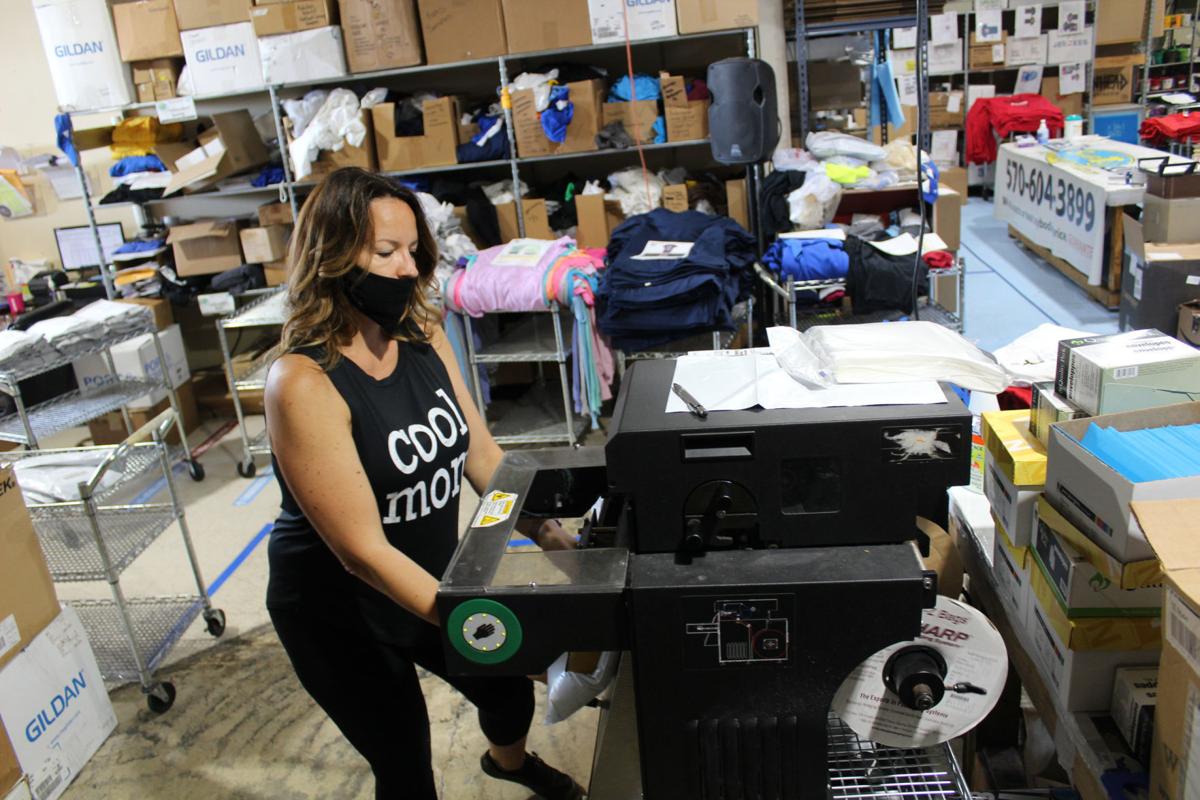 We Talk Shirty employee Angela Shotto processes a shipment of custom T-shirts for the seniors of Valley View High School. 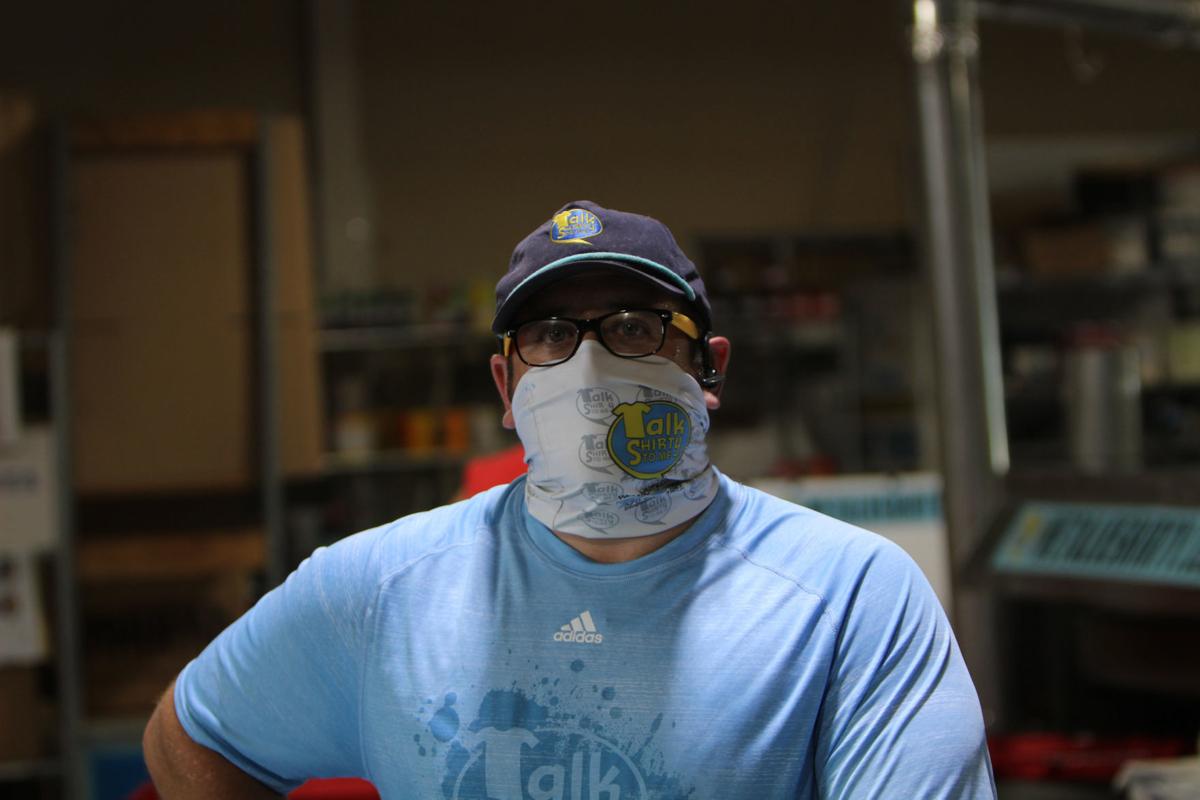 When apparel orders stopped coming in as a result of the global spread of COVID-19, the 35-year-old business owner knew it could be a make-or-break moment for his business, a Blakely-based shop offering screen printing and embroidery services.

Instead of closing the doors or making the difficult decision to lay off his employees, Augelli took his business in a new direction, pivoting from printed T-shirts to protective face masks. The masks are made with an innovative no-sew design with zero human touch.

“We had to be essential in order to stay open,” said Augelli. “As a manufacturing company, we had an opportunity to make something essential that everyone would need. When things first started, face masks were in high demand. I saw a guy wearing a sock on his face.”

For Augelli, a U.S. Navy veteran, the production and distribution of protective face masks was like sailing through uncharted waters.

“There are essential workers in desperate need of the masks,” said Augelli. “We’re trying to meet the demand. We are just trying to do what’s right.”

The protective face masks provided We Talk Shirty with waves of eager customers in search of protection from COVID-19. Within the first three days, We Talk Shirty sold more 5,000 masks.

“Try to imagine yourself making something for your entire life, then being told to stop,” said Augelli. I couldn’t just shut down. I started calling other businesses because I want to everyone thrive.”

Augelli’s good deeds didn’t go unnoticed. Publications like Forbes and Newsweek mentioned We Talk Shirty’s mask donations. Local news affiliates also featured stories on the business owner. But the greatest honor for Augelli had to be the recent article from Screen Printing Magazine which lists him as one of the top seven screen printers for his age group in the printing industry.

Augelli doesn’t come from a privileged background, and he didn’t inherit the business. He built the company from the ground up. After serving four years in the Navy, Augelli enrolled in college, splitting four years between the University of Scranton and Misericordia University. Around the same time, he began contemplating a career in the printing industry.

After receiving an order of custom T-shirts for him and his college friends, Augelli was disgusted with poor quality of fabric and shoddy design. After doing some research, he realized that he was capable of producing something better at a much better price than what was being offered at the time. Soon he would be printing T-shirts from his college apartment.

We Talk Shirty opened for business in 2008. During those first years, 12- and 14-hour-shifts were the norm, seven days a week, he said. As the demand for T-shirts grew, so did the company’s size.

The business had more employees than ever, but the grind took its tool on Augelli.

In August of 2016, Augelli received a phone call from Kathleen Gaul, a sales representative from Clarks Summit with 15 years of experience. The two business professionals hit it off immediately, according to Augelli. After she revealed a similar passion for business and vision for the future of We Talk Shirty, Augelli asked Gaul to be his general manager and run the company’s day-to-day operations.

With Gaul running the day-to-day operations, Augelli has been able to shift his focus on what the future has in store for his business this summer. It’s only a matter of time before Gov. Tom Wolfe deems protective face masks no longer necessary. But considering We Talk Shirty’s partnership with more than 40 school districts and seemingly every business and organization in NEPA, Augelli believes it’ll continue to be smooth sailing.

Five protective face masks are available for purchase through the We talk Shirty online store. The masks, ranging from $3.50-20, may be customized for local businesses. For more information on We Talk Shirty visit www.wetalkshirty.com.