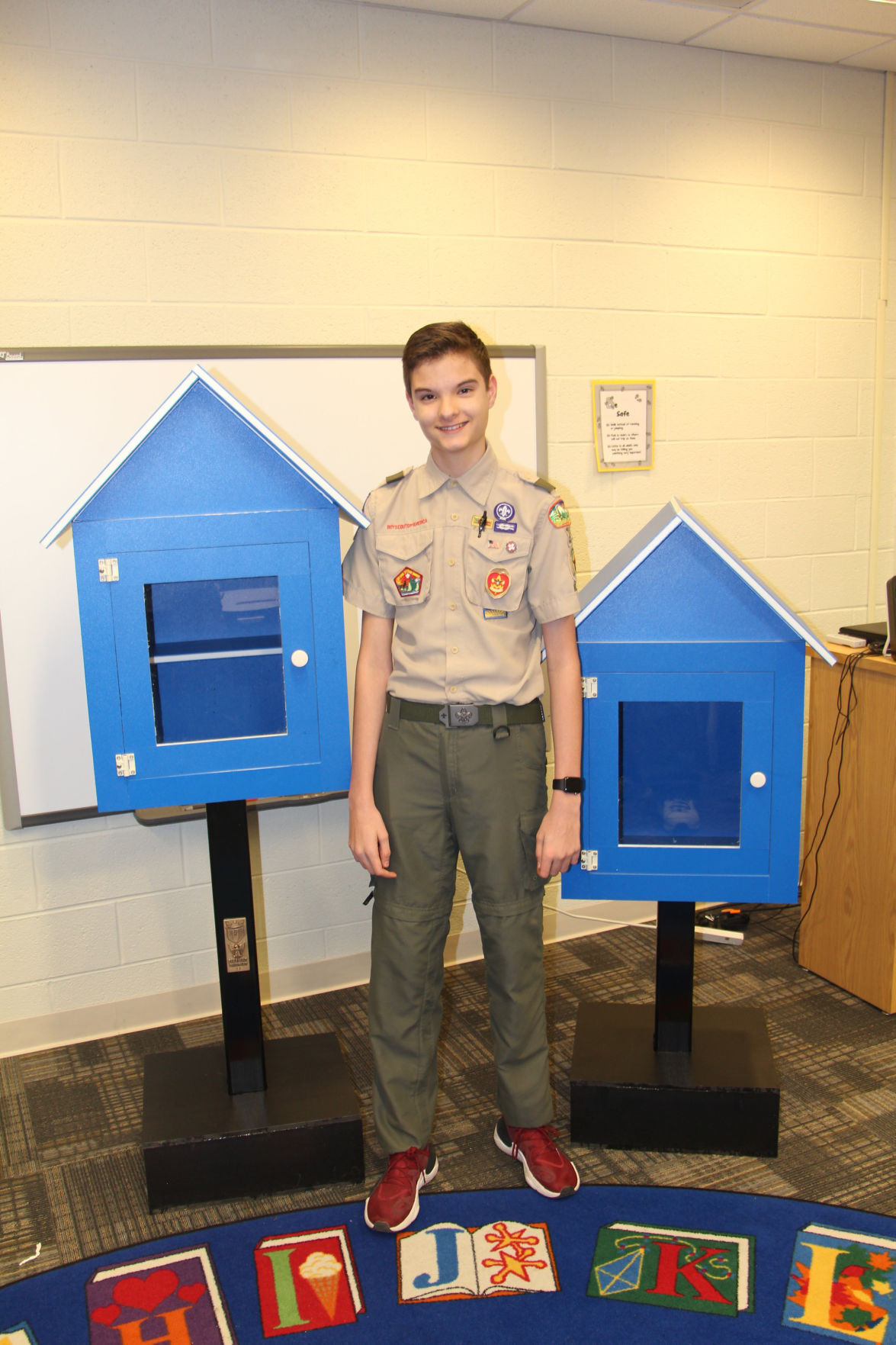 Danny Davis with two of his mobile libraries during a MVEC PBIS Spartan Pride Club meeting. 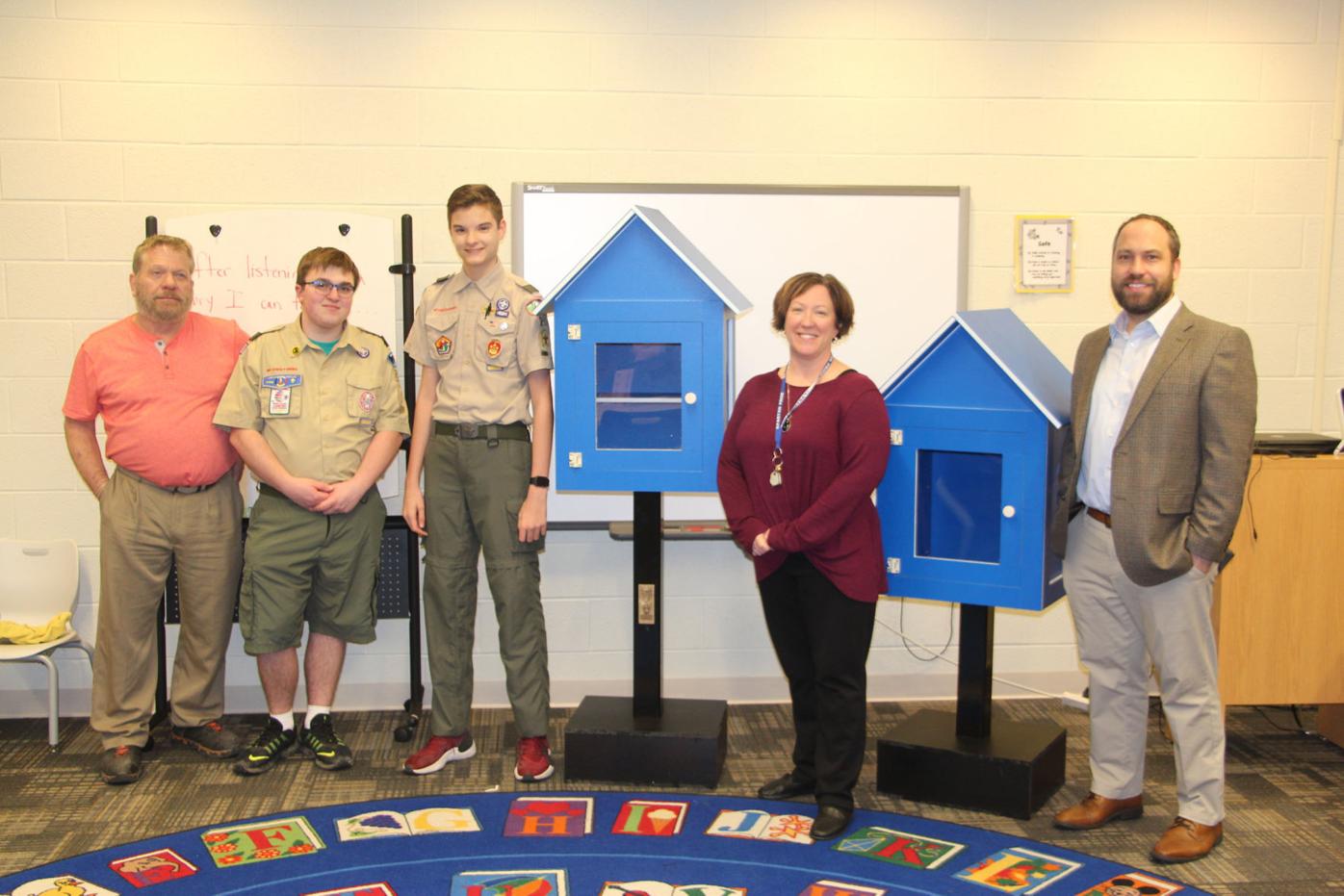 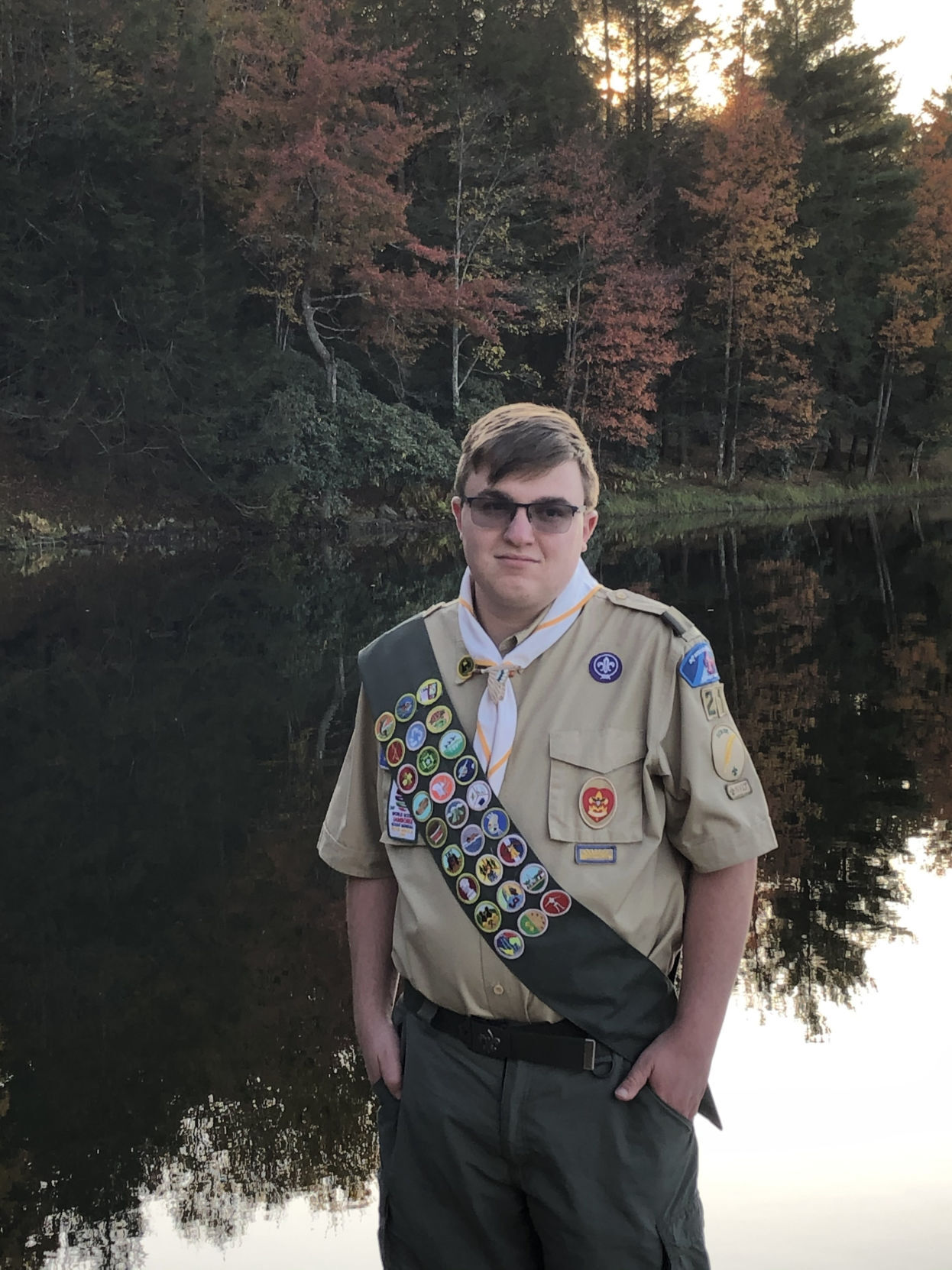 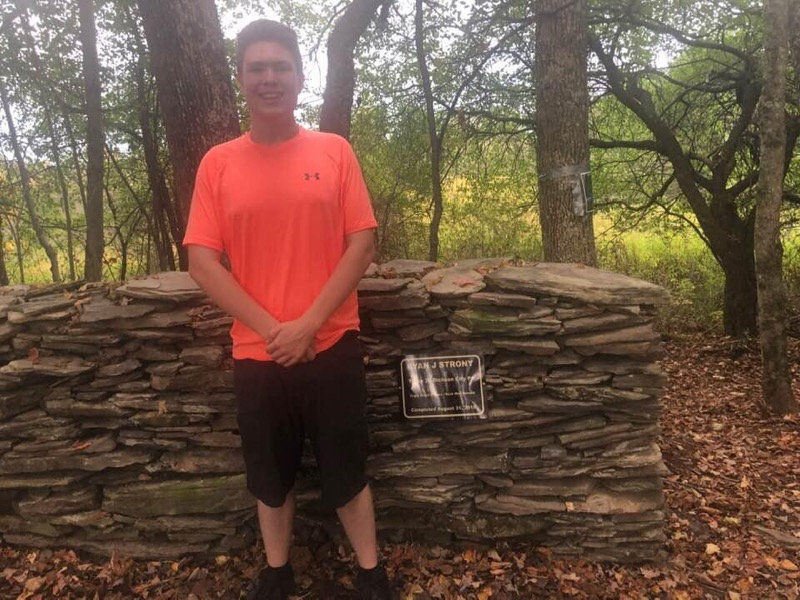 Danny Davis with two of his mobile libraries during a MVEC PBIS Spartan Pride Club meeting.

A Boy Scout from Dickson City spent months crafting the gift of convenience to elementary schoolers.

Danny Davis’ love for being outdoors inspired him to join Cub Scouts in first grade; he’s stuck with it throughout his adolescence. He transitioned into the Boy Scouts in 2016 and is a member of Troop 21, whose charter organization is Visitation of Blessed Virgin Mary Parish. The 15-year-old sophomore at Mid Valley Secondary Center is now working on becoming an Eagle Scout.

The first step was completing an Eagle Scout project. With the help of his scoutmaster, Jeff Zellers, the two decided on the perfect idea for the project that fit perfectly into Danny’s love of the outdoors: a mobile library.

“Installing mobile libraries will eliminate the hassle of carrying books back and forth every day,” Danny said.

Around the same time, Zellers’ sister-in-law, Jodi Laboranti, was working on a project at the Mid Valley Elementary School, The Smile Garden, which also helped inspire the idea for the mobile libraries.

The mobile libraries on campus will encourage teachers and students to spend more time outdoors. They can be stocked by teachers so that students can leave copies of books to be used by another class, or to be used another day. This way, they don’t have to worry about misplacing or damaging books; they can be tucked away and protected in the waterproof libraries.

The Eagle Scout project is the pinnacle of becoming an Eagle Scout, Zellers said, right next to earning merit badges. The project must show leadership, detail and be focused on giving back to the community, the scout master said. While Eagle Scouts must make sure their projects meet the guidelines and check in with the troop’s leaders, “it’s important to know Danny did it all himself,” Zellers said, noting that the mobile libraries came out beautifully.

Danny started his project by creating blueprints. He then began brainstorming the best way to build the libraries as well as how to get the materials.

Luckily, Danny had connections to Simona Industries, a plastic manufacturing company in Archbald, through his dad, Mark Davis. Simona donated the materials but asked for one thing in return: that Danny make a third library for the company to donate as part of a community outreach goal.

Dave Doeing, maintenance manager at Simona, said the company will donate the mobile library to Archbald to be installed where it can benefit the community.

The mobile libraries are made of plastic, excluding the glass used in the front door and the metal base. Mark Davis and fellow scout Josh Zellers helped Danny deliver the mobile libraries during a meeting held by the Mid Valley Elementary Center Positive Behavioral Interventions and Supports Spartan Pride Club, the organization to which Davis donated the libraries.

“The best part of completing this project was seeing how happy the teachers and members of the pride club were when I presented the project,” Danny said.

He chose weatherproof plastic for his libraries, hoping to make them more durable. He said they considered making them with wood at first, but said “after a few Pennsylvania winters, they would be destroyed.”

In November, Danny passed his Eagle Board of Review and became an Eagle Scout. The reviewing process includes testing scout skills, getting to know the scout as a person and going through the Eagle Scout project. He told the board members about the ways he gave back to his community and shared his love of the outdoors with them.

“The best advice I can give to fellow scouts working on their Eagle Project is to not procrastinate,” Danny said.

Ryan Strony decided to rebuild a 30 foot section of an old stone wall for his Eagle Project. As a novice mountain biker and a hiker, he was inspired to rebuild the entrance to “Tunnel Vision,” a popular section of trail about a half mile into Countryside Conservancy land near Lackawanna State Park.