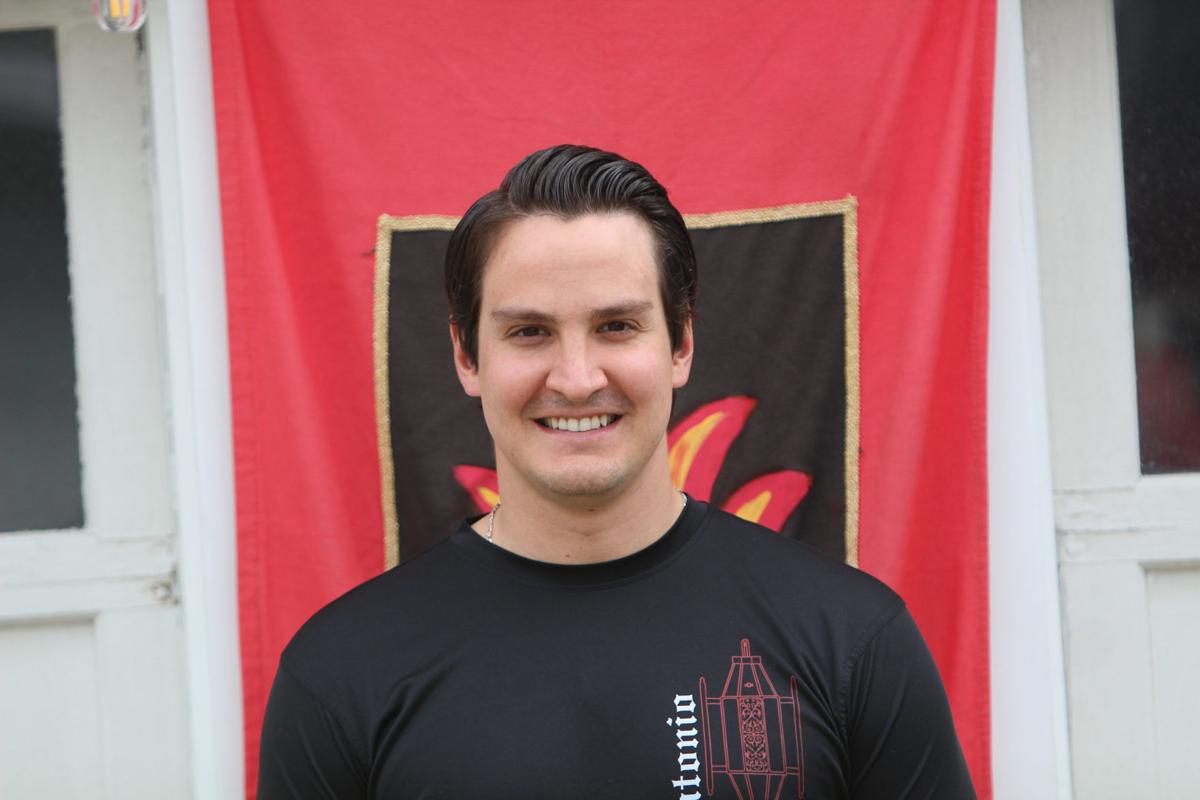 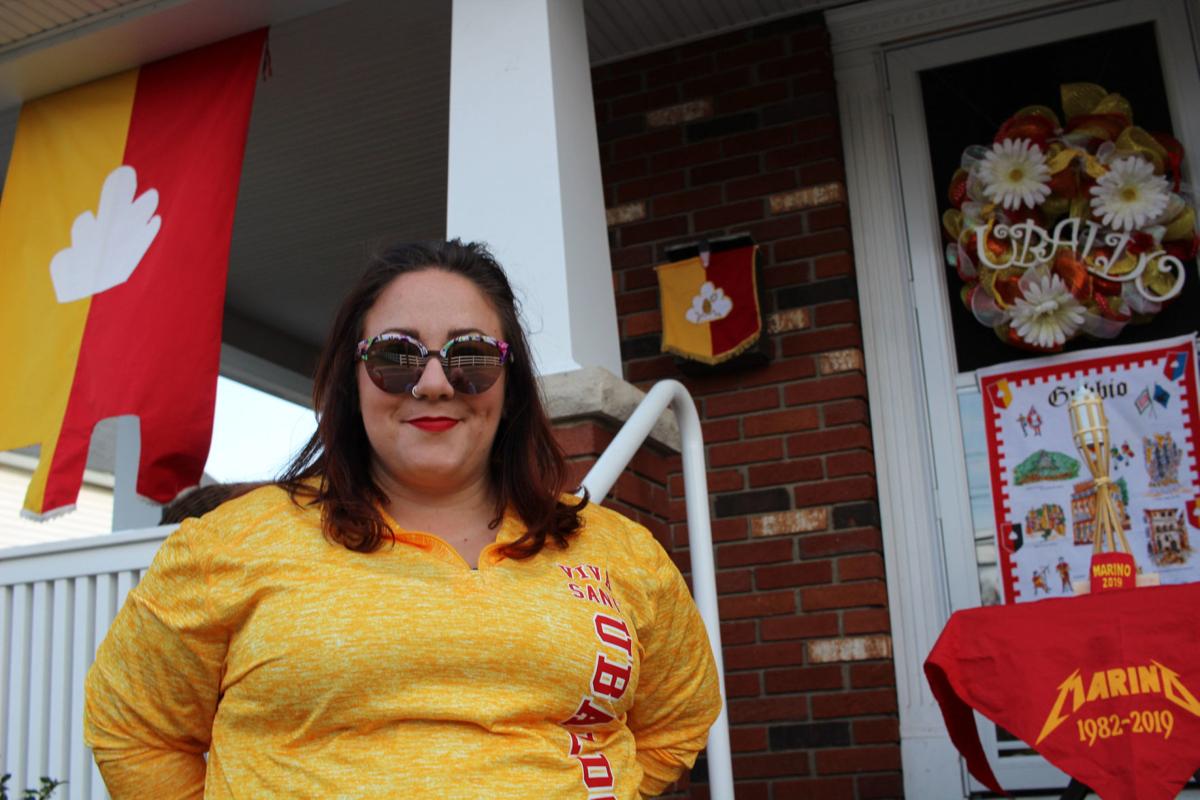 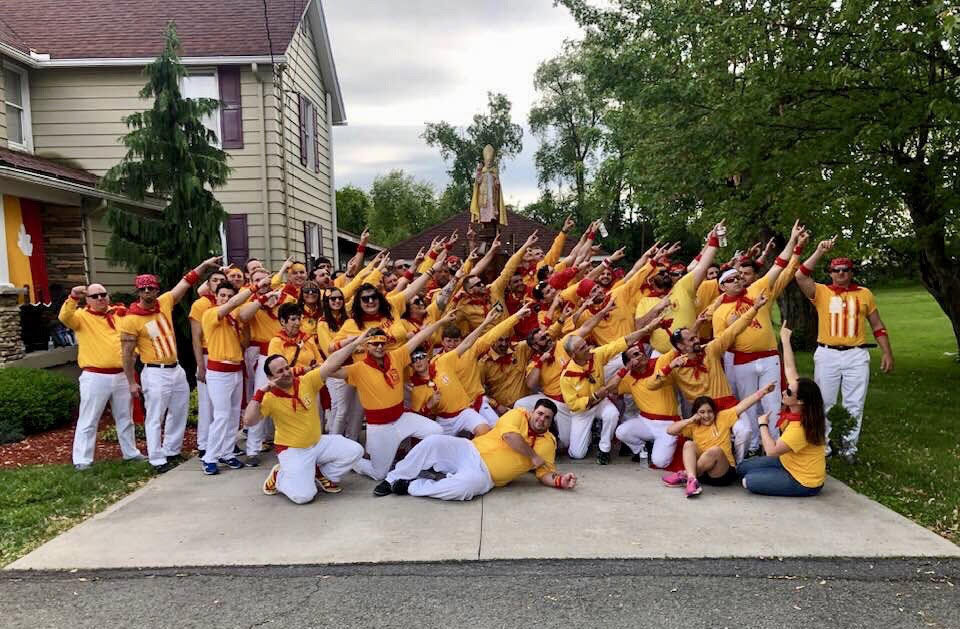 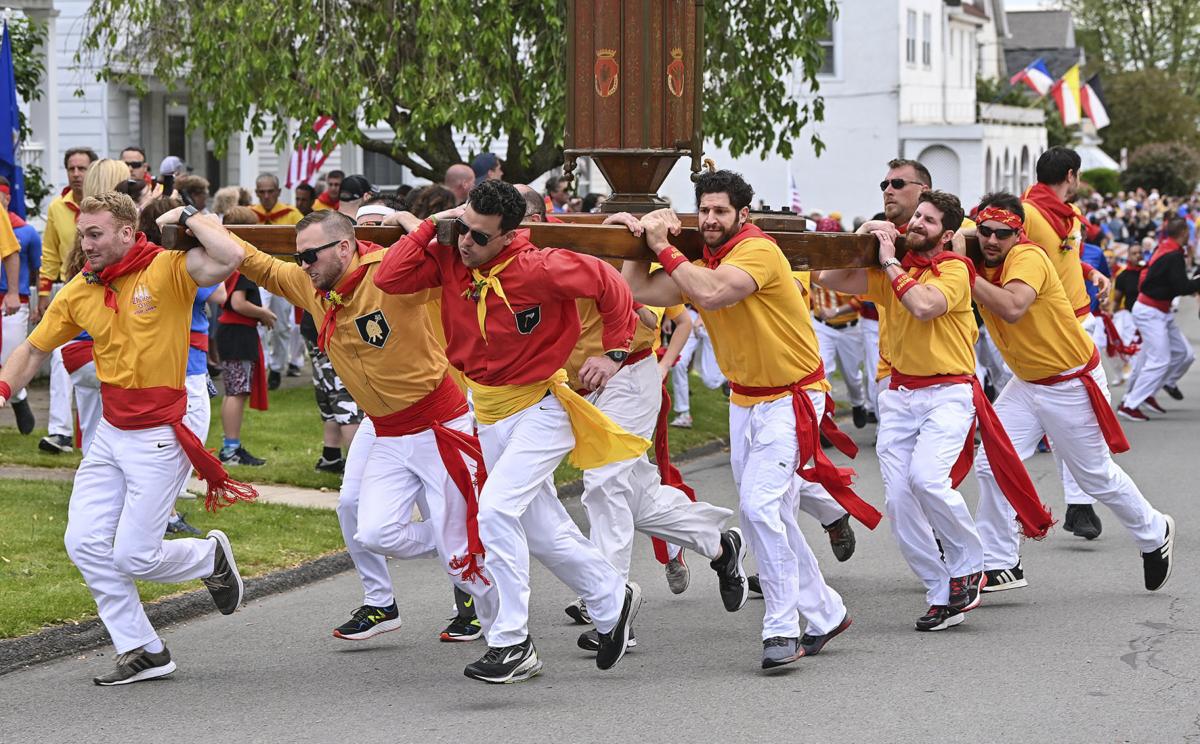 Members of St. Ubaldo lead the race in Jessup in 2019. TIMES-TRIBUNE FILE 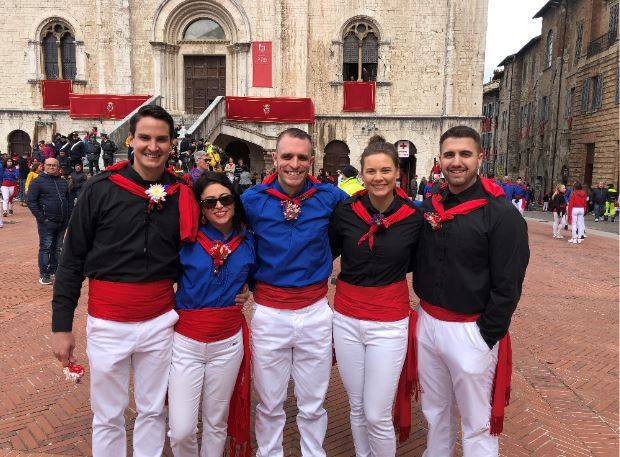 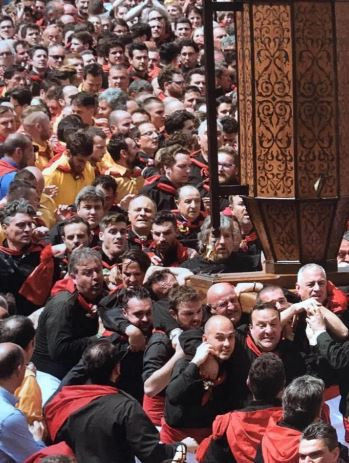 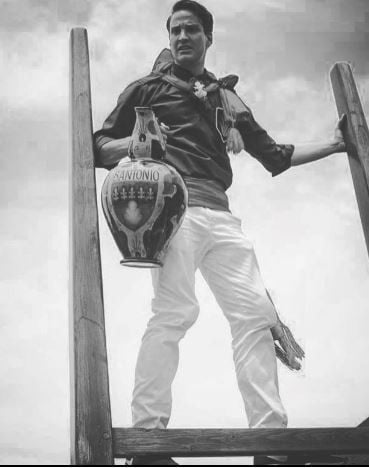 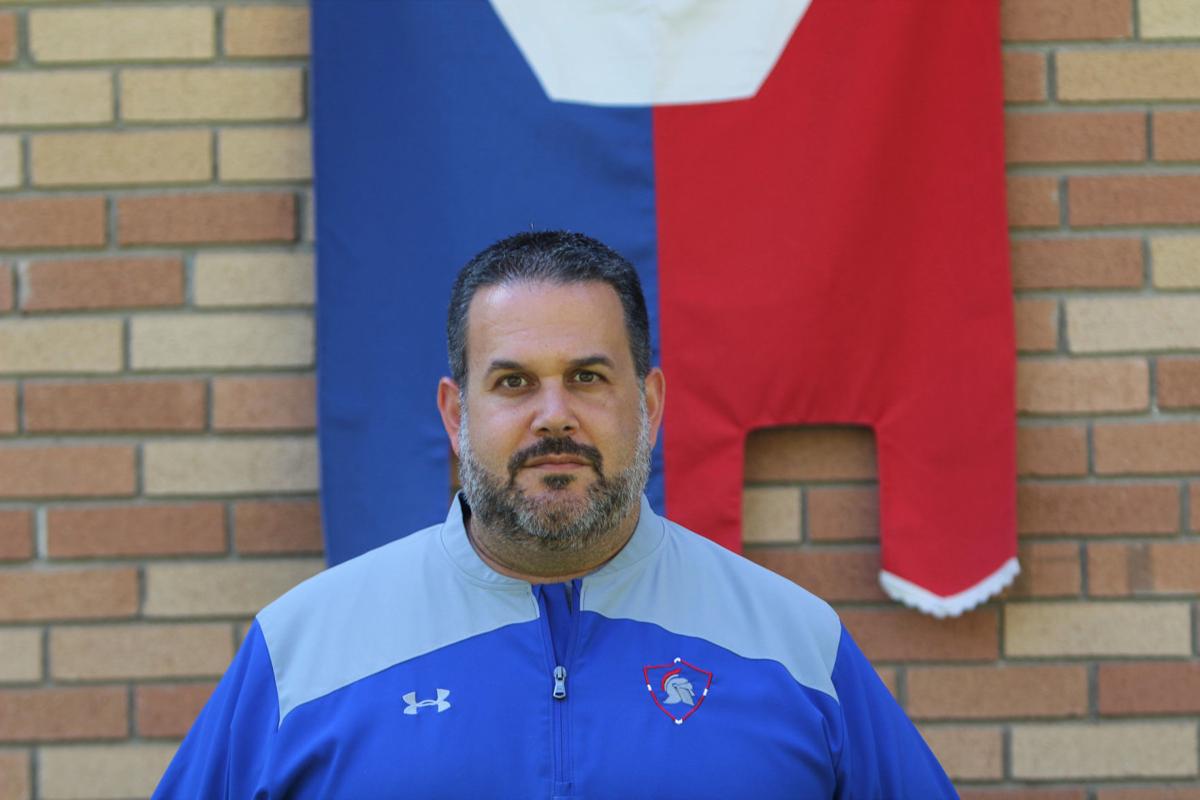 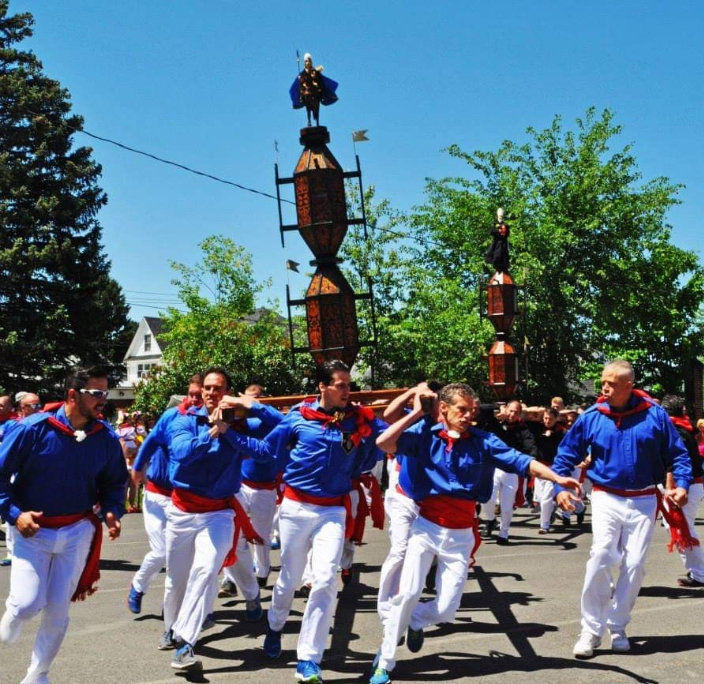 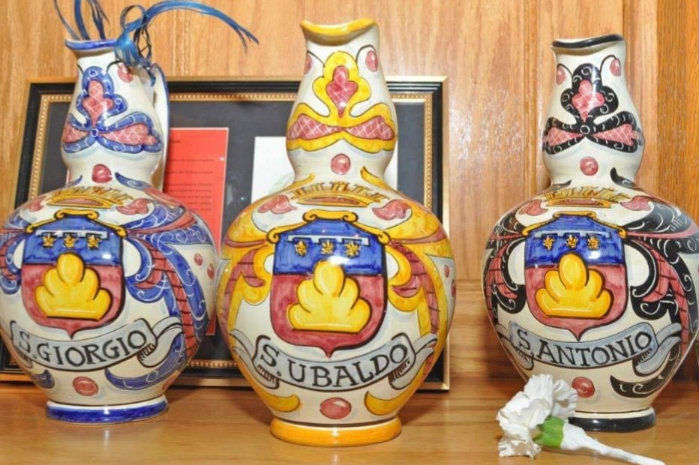 Members of St. Ubaldo lead the race in Jessup in 2019. TIMES-TRIBUNE FILE

Michael Cappellini was born into the tradition.

For the past 20 year, on the Saturday before Memorial Day, the Jessup resident has risen to the sounds of the Valley View High School band, dressed in the traditional garb and joined thousands of others in an event with roots dating back a century. His father has done the same, as has his ancestors, all the way back where the tradition began in Gubbio, Italy.

But for the first time in two decades, Cappellini and dozens of others won’t hoist 400-pound statues of St. Anthony, St. George and St. Ubaldo onto their shoulders Saturday and race through the streets of Jessup. The town, usually filled with thousands of onlookers, will be quiet.

Amid the worldwide coronavirus pandemic, officials in Gubbio, Italy decided to cancel this year’s festival to honor St. Ubaldo.

Gubbio began the tradition to honor St. Ubaldo around 1160, only canceling for World War I and World War II. But when officials there decided to cancel this year’s events because of the coronavirus pandemic, members of the St. Ubaldo Society in Jessup decided to follow suit.

Jessup launched its own St. Ubaldo Day in 1909. The race stopped for periods of time in the borough but has occurred annually since 2000.

“The cancellation of the festival was a very difficult but just decision to make,” said Cappellini, the St. Ubaldo Society vice president. “Safety has and will always be our main concern.”

“It’s a day of reflection and a day of absolute joy,” said Cappellini.

With the festival canceled, “we will do what we can but our hearts will be a bit heavy,” he added. “It does afford us the opportunity to find the true meaning of St. Ubaldo’s teachings and understand that life is so much bigger than what we see it as.”

The day usually begins early in the morning with roving musicians from Valley View High School waking up the town, followed by an intimate ceremony at Saint John’s Catholic Italian cemetery. Members of all three families, St. Anthony, St. George and St. Ubaldo, then gather together for a frittata breakfast. Participants then process to Saint Mary’s Assumption Church for a special Mass.

Then, the families gather to prepare the platforms, called stanga, that carry the statues of the three saints through the Jessup streets. The saints are affixed after capodieci, team captains, climb atop the cross-members and bless the structures with holy water from brocce, ornate ceramic vessels sent directly from Gubbio.

The afternoon is spent socializing with family and friends. Jessup residents assemble in their yards and on their sidewalks to offer homemade food and wine to those passing by. During these hours, the saints are carried throughout the borough for display.

The procession is the main event and is called a race more for its quick pace and level of excitement than for any competitive aspect. It begins in the uptown section of Jessup and winds its way through residential blocks before reaching the Church Street. This downhill stretch ends at Station Park in the opposite end of town. The course is reversed and climbs Church Street again before turning toward the Jessup Veterans’ Memorial Stadium. Teams circle the fields three times in a spectacle called tre giri. St. Ubaldo always wins, though George and Anthony can gain favor by having their ceri removed more swiftly as teams lay the stanga at rest and hammer the wooden pegs out.

For borough residents like Cappellini, K.T. Cessi and J.T. Scagliotti, St. Ubaldo Day is more than a festival.

“The Festa dei Ceri is a sentiment,” said Cappellini. “It can’t be seen and it can’t be heard. It can only be felt within your heart and soul.”

‘Spirit of the race’

For Scagliotti, the only way to truly understand is to take part in the day’s celebration. He joined the St. George Family in the mid 2000s after returning from upstate New York.

“I realized early on that the race can be grueling and physically demanding,” said Scagliotti. “But the adrenaline that comes along with it is indescribable. It’s a feeling that can’t be explained, it can only be experienced.”

St. Ubaldo Day is the best day of the year, according to Scagliotti. The day signifies family traditions that have been in place since 1909. It’s a time to celebrate with friends and family and embrace the camaraderie that goes hand in hand with the Festa dei Ceri.

For Cessi, St. Ubaldo Day carries a different meaning. As a young girl, she celebrated the day with her late grandfather, Norman Cecci, who hailed from Perugia, Italy just outside of Gubbio. Fond memories of celebrating their heritage is something Cecci can still recall vividly. Now she’s about to enter her tenth year as an official member of the St. Ubaldo Family.

“To find something after I lost my pop, that connects me with him, it’s turned into something I really treasure,” said Cecci.

Instead of the usual festivities Saturday, the families of St. Anthony, St. George and St. Ubaldo will celebrate with a virtual mass from Sacred Heart Church in Peckville. The families have also made a schedule to commemorate their activities through the weekend. Their homes will feature lit torches, some with a commemorative fazzoletto to honor all past ceriaoli.

“This tradition that we have the opportunity to celebrate in our town, only the second place on earth that has La Festa dei Ceri, is humbling for me,” said Cecci.

The St. Ubaldo Society says La Festa dei Ceri will be back stronger than ever in 2021.

For more information on the St. Ubaldo Society and next year’s St. Ubaldo Day, visit saintubaldosociety.org.