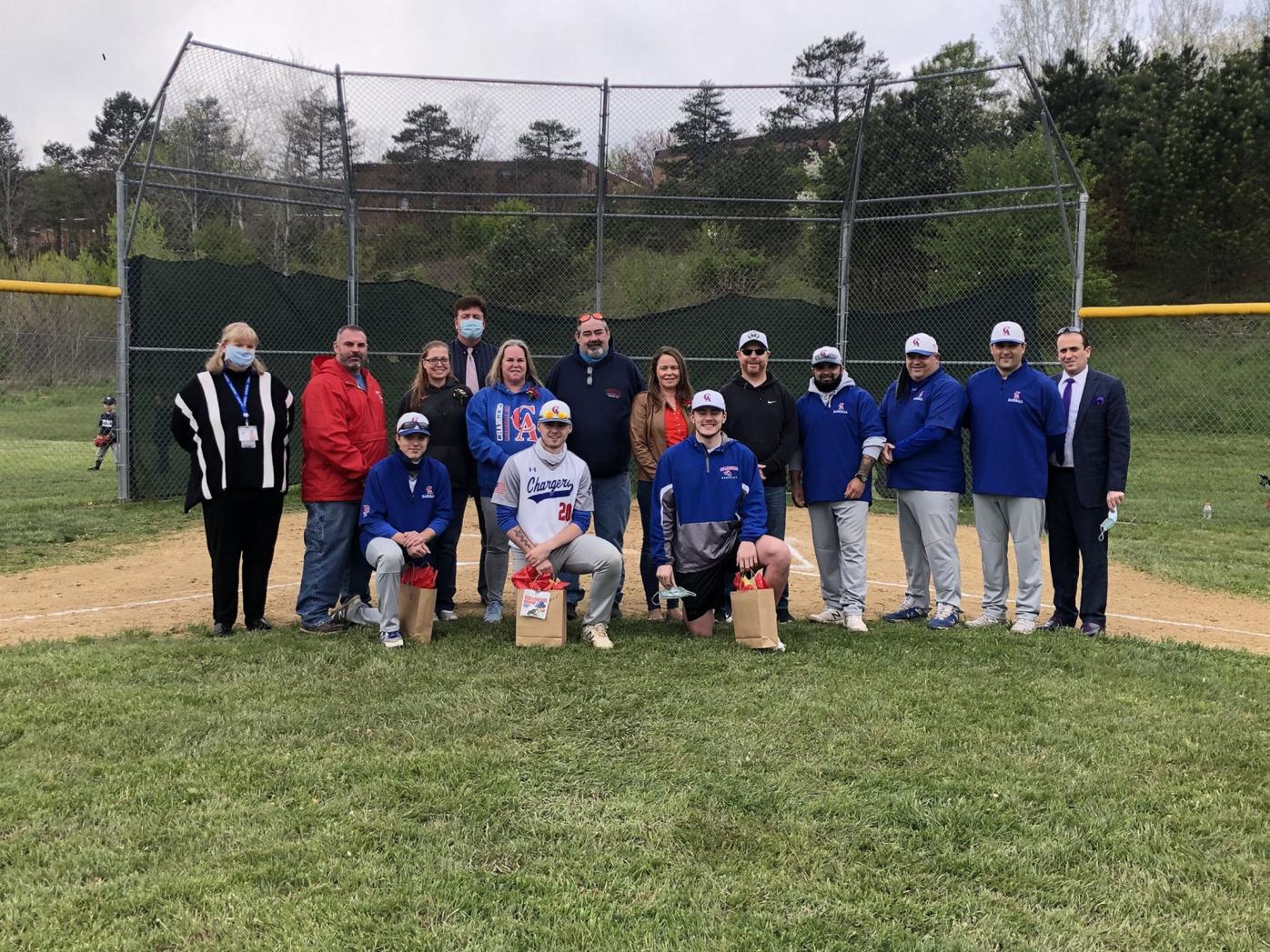 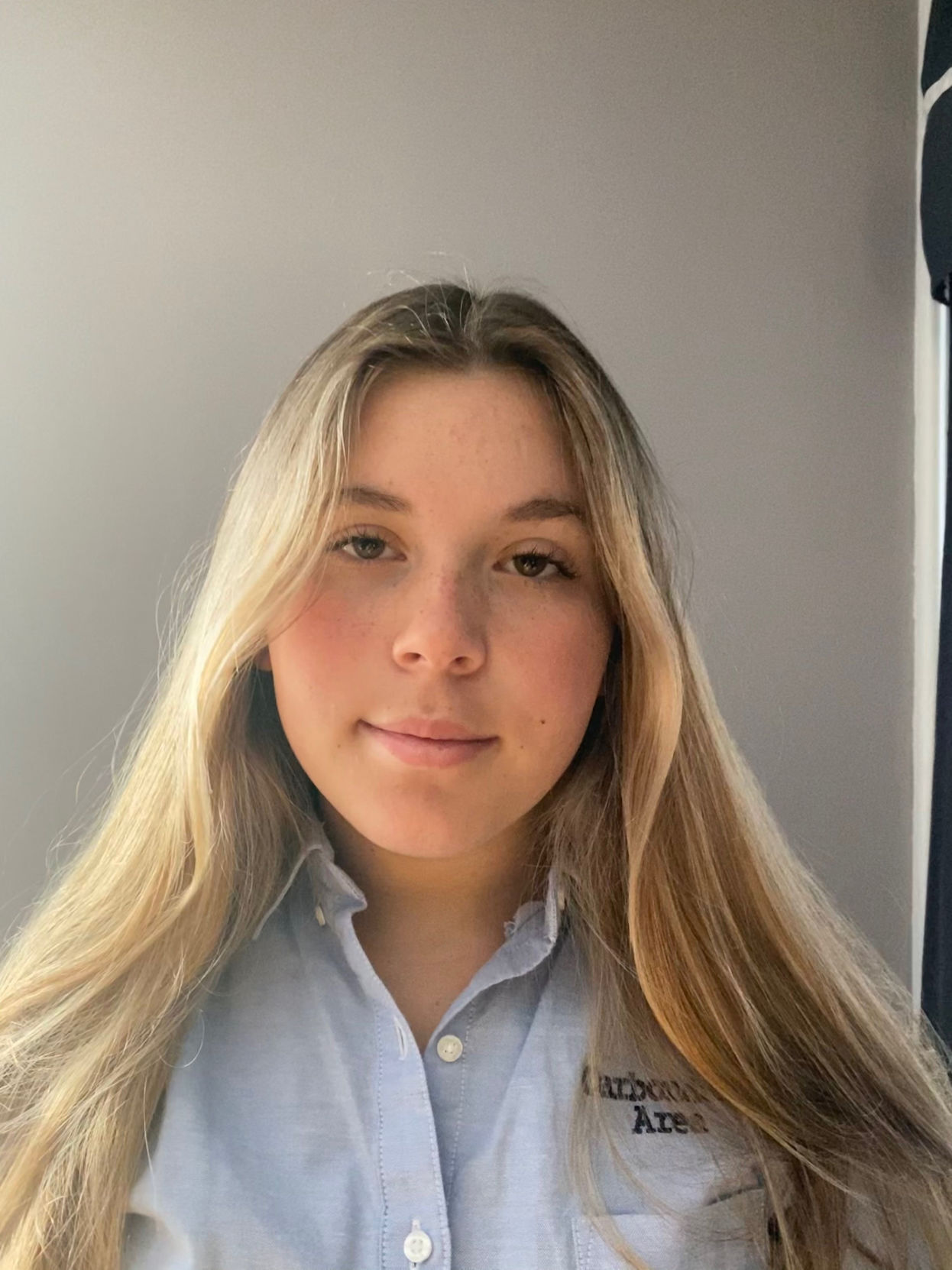 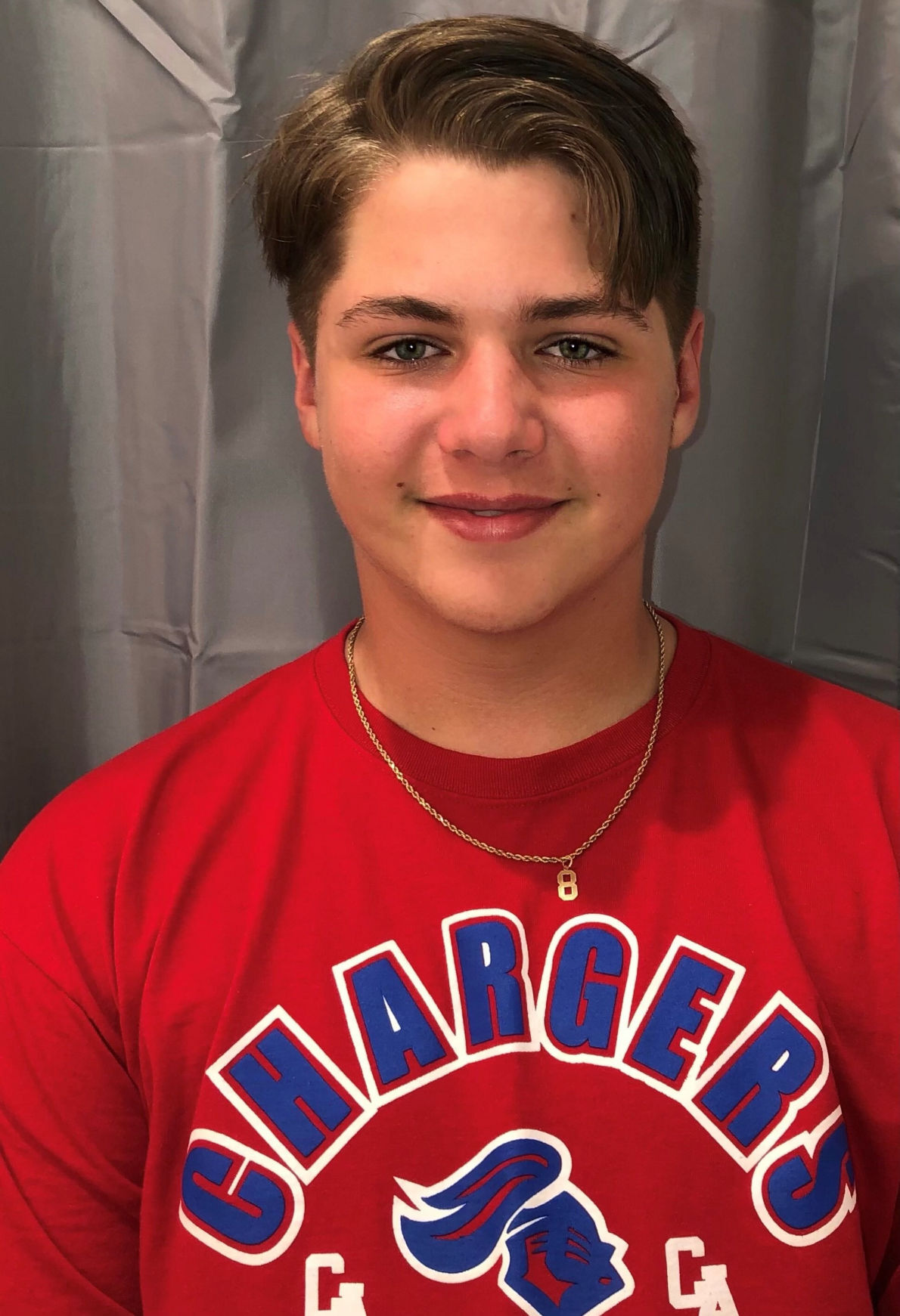 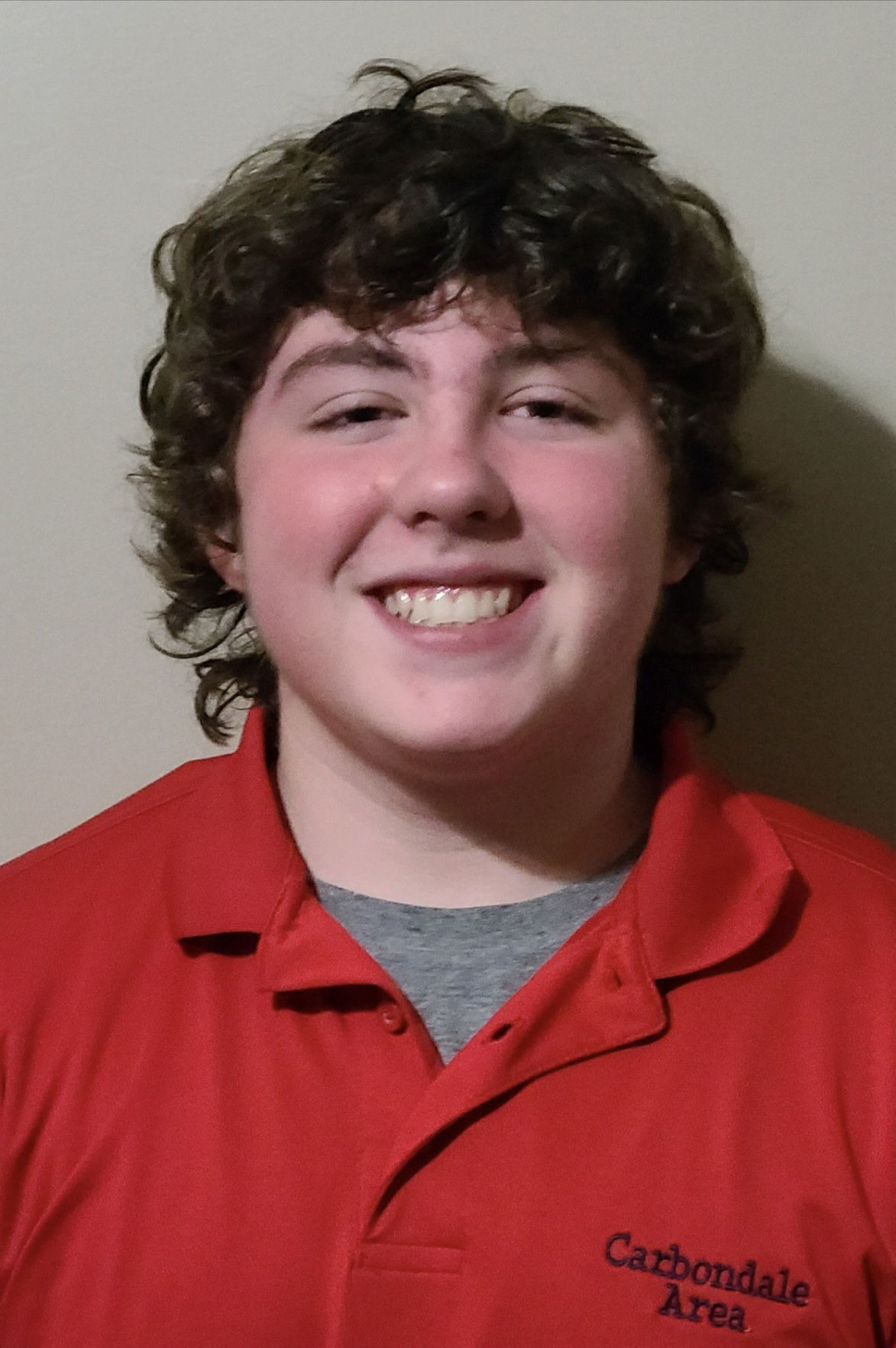 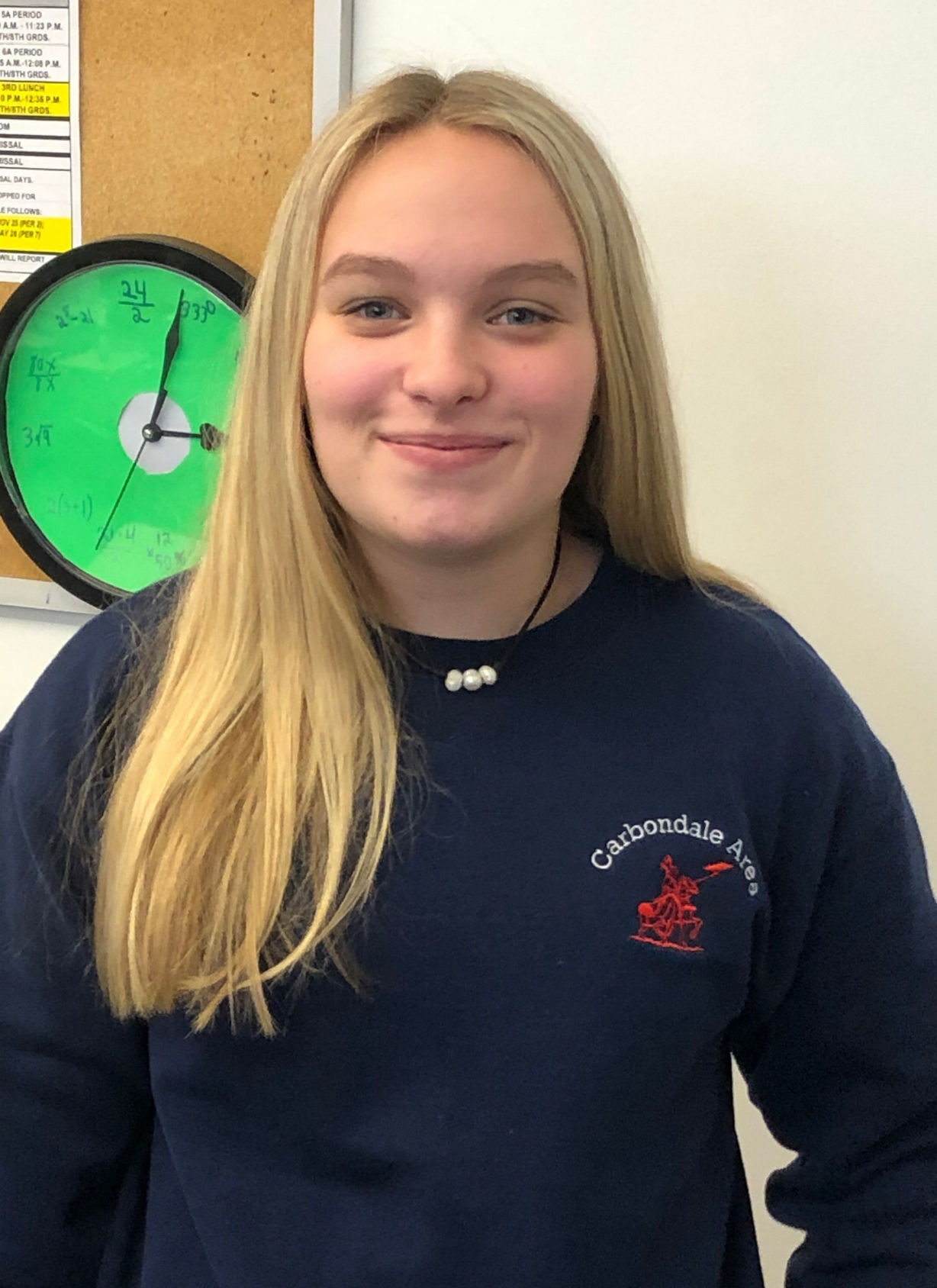 “I really enjoyed playing with this team, as most of us have been on teams together since little league,” A.J. said. “The coaches some of the best I’ve ever had and made it a fun team to be on. I’ll be back next year to support from the stands.”

Baseball head coach Stephen Moro noted that the senior have been through a lot of ups and downs of the past four seasons.

“They work hard each day and demonstrate great leadership qualities to the under classmen,” he said. “The CA Baseball program wishes them all the best in their future endeavors.”

Audrey’s project examined secondary PTSD, where children of PTSD sufferers show symptoms of the same disorder. It was the fourth year Audrey has studied PTSD but the first year she focused on how it has affected children.

My hypothesis stated more than 60% of children who have parents with PTSD will have secondary PTSD,” she said. “My hypothesis ended up being rejected.”

After letting the disinfectant dry and taking samples from each section, he counted bacteria colonies and logged what he found.

Michael also studied bacteria, although he experimented with different types of hand sanitizer to find out which was most effective.

Abby studied the placebo effect, where some people may experience benefits after administration of an inactive drug or treatment.

“My experience with PJAS this year and the state competition was very different with the pandemic,” she said. “Testing people was more difficult, and we had less practice from not being in school. The competitions were different virtually this year because we could not physically attend the competition and could not present our project in front of judges. I learned from my experience this year that we can overcome any challenges faced as long as we put our mind to it and work to the best of our abilities.”

NSLS chapter advisors are vital in the development, perpetuation and strength of the NSLS mission. Not only are they mentors and leaders to the executive board and local chapter members, but they also serve as a liaison with the campus administration.

Marywood University’s Chapter of the NSLS is overseen and facilitated by the Office of Student Engagement. Inductees of Marywood’s NSLS Chapter Honor Society work with Marywood’s Office of Student Engagement to complete various steps prior to being inducted into the Society. These steps include orientation, leadership training day, meetings with success networking teams, and live speaker broadcasts. Marywood’s NSLS Chapter induction rating during the 2019-20 academic year was among the top 50 across the country.