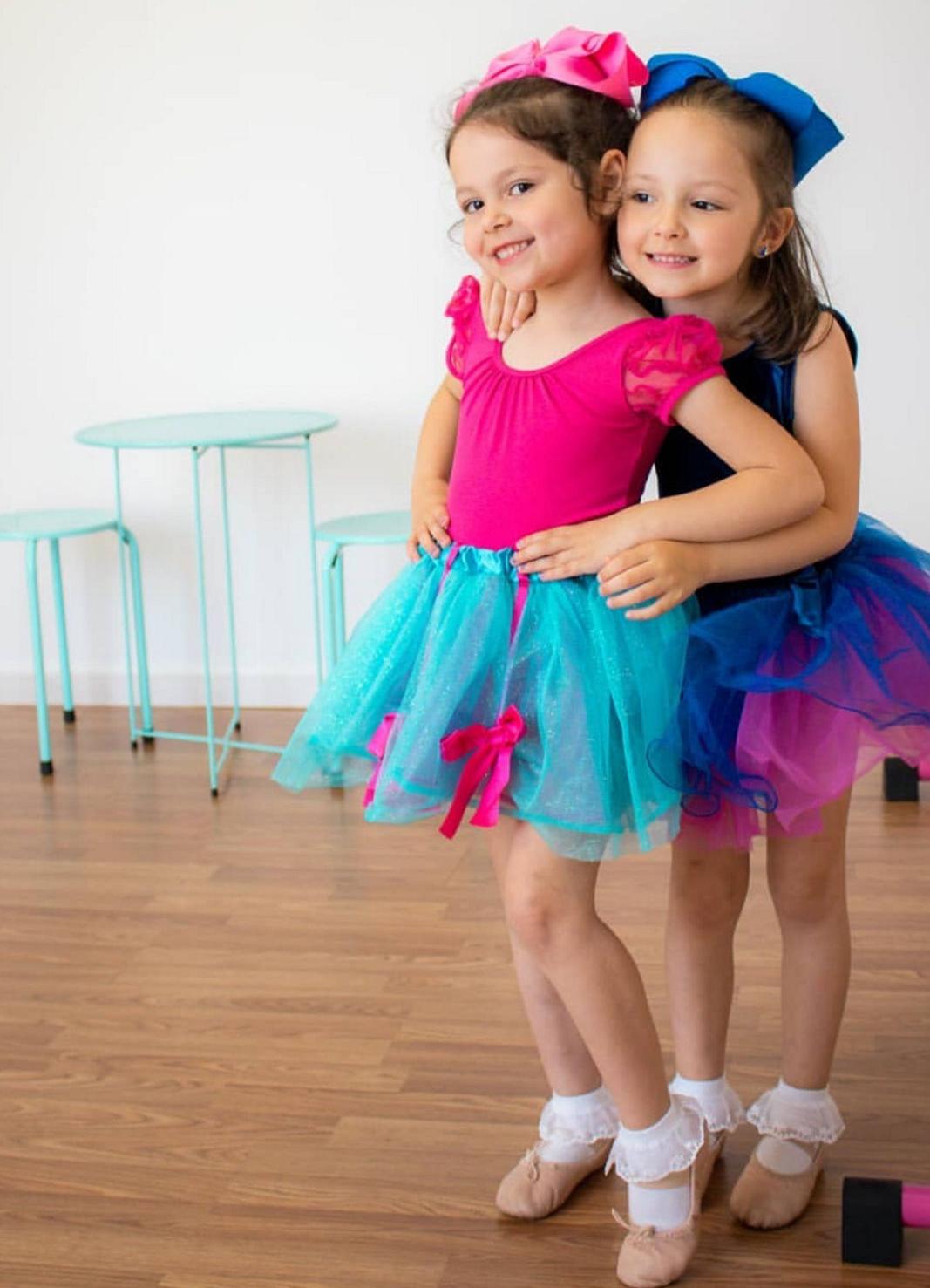 From left, Meryn and Caroline Turlip. 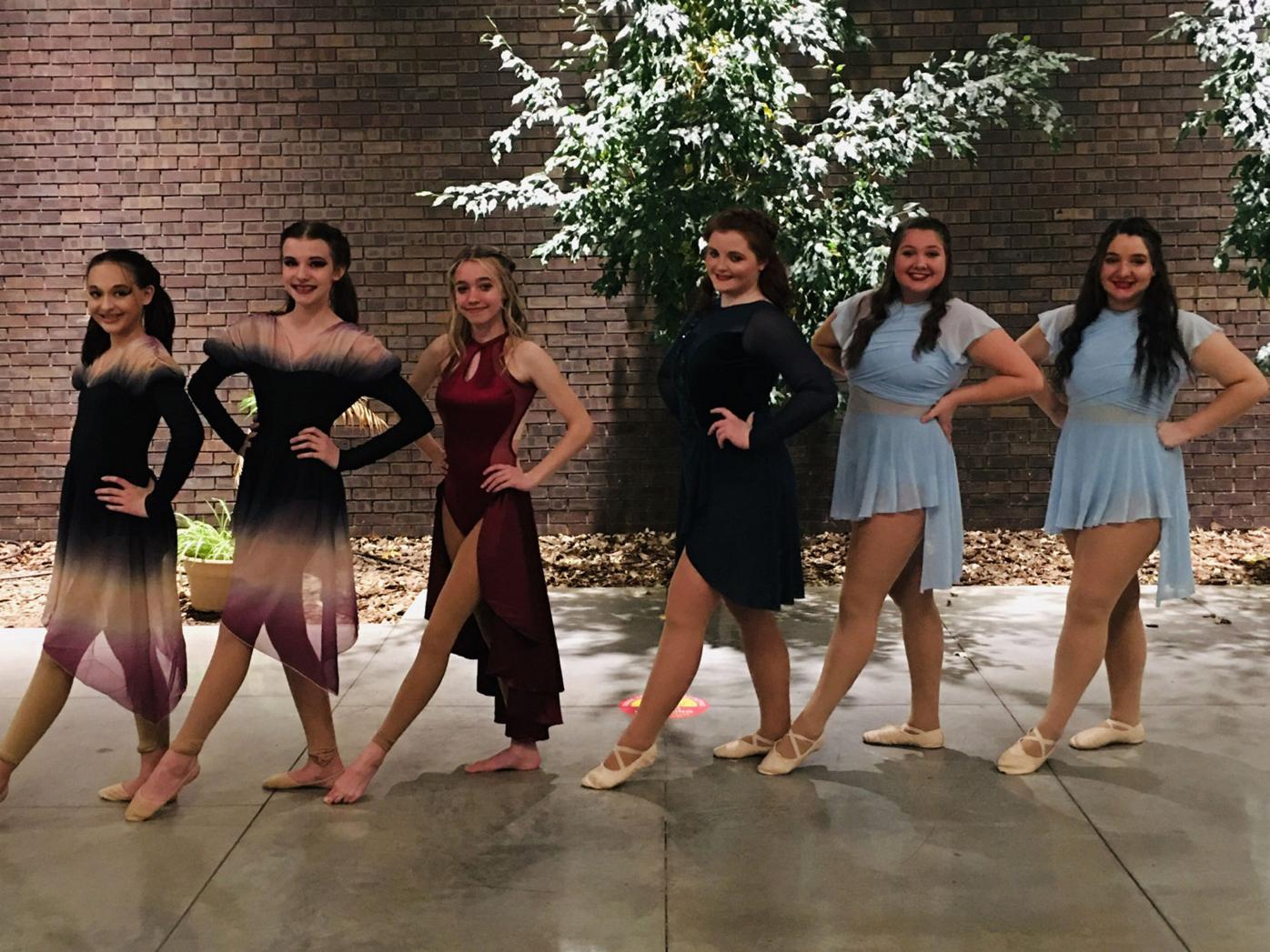 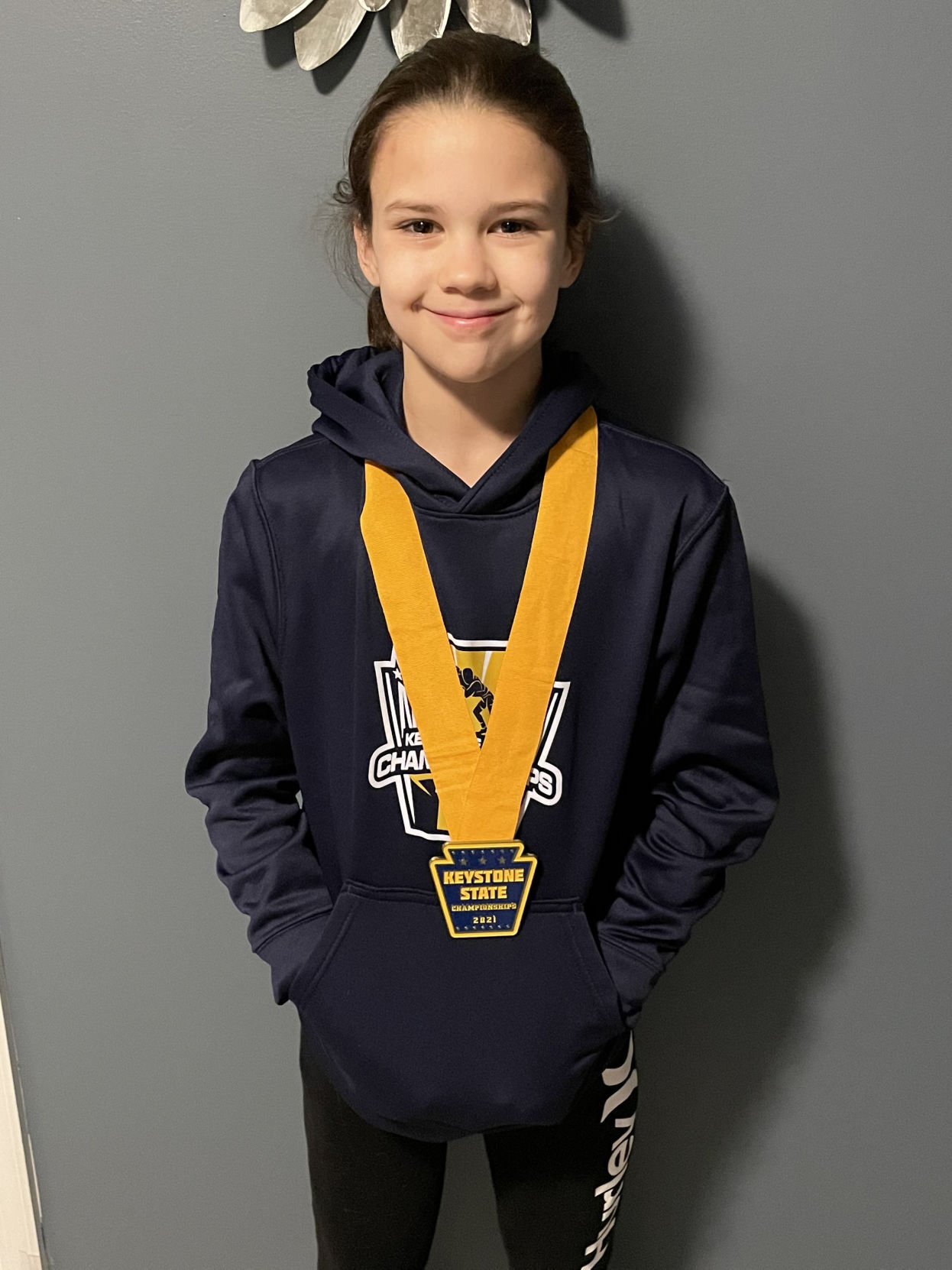 The Peckville resident won the Pennsylvania Keystone State Championship for Girls 10U 63lb held earlier this month in Monroeville. She began wrestling at age 5 after watching UFC and play wrestling with her sister. She’s also an accomplished martial artist, earning her black belt in Tang Soo Do when she was 9. She enjoys the sport, especially as more girls sign up to participate.

“For awhile I was always one of the only girls wrestling boys but now it’s become poplar for girls,” she said in an email. “We have our own brackets.”

The win this month was especially sweet since Riley had to overcome many challenges over her career so far. In addition to the COVID-19 pandemic canceling matches last year, Riley broke her arm just three days before the end of the 2019 season. She’s also coped with other injuries and illnesses over the past few years.

“I had to keep starting over but I usually practice 4-5 days a week, sometimes 3-4 hours a practice,” she said.

She hopes to compete in a national competition and earn a wrestling scholarship for college.

Colleen Blockberger, now in her fifth year of competitive dance with Ballroom ONE, earned a Gold award and placed eighth overall in the Senior category.

Both Elizabeth and Colleen also earned a Gold award for a duet in the Senior category.

Ballroom ONE Dance Company, under the direction of Shauna Baldino Turlip, offers group, private, social and competitive dance lessons for youth and adults of all ages.

A year-round glacier is growing in Clifford Township, and though it looks like snow and ice, it will never melt.

The new attraction allows visitors to walk through the interior of the glacier to explore this seemingly out-of-place edifice, complete with fossils that guests can discover.

“This special glacier will be an amazing addition to the Children’s Garden on Cemetery Street in Clifford,” said Sandy Wilmot, president of the Clifford Township Historical Society. “Our glacier represents the ice formation that formed the world’s largest pothole located in Archbald.”

An ongoing project, the one-acre Children’s Garden has literally been growing since 2015. Now, a fun but challenging garden project is taking shape nearby.

The Prehistoric Pathway,as it is called, starts with the dinosaur’s nest, followed by the bluestone area with the new glacier ending the pathway — all in the correct chronological order governed by Mother Nature.

“Our garden glacier will be built with the help of Scott Smolko of Stroudsburg,” Wilmot said. “Recently, Scott constructed the interior landscapes of the Kahlhari Resort Water Park. We’re all very grateful for Scott’s willingness to share his 35 years of expertise with our Glacier project!”

This major project is off to a fabulous start, thanks also to the generous spirit and great volunteers. Mike Prestys did the needed excavation work; Masters Concrete donated concrete for the footers, and Clifford’s Knowlton Construction has donated blocks and reinforcing rods and wire. Ed Bognatz Masonry donated labor, as did Jerry Lewandowski, Mark Wilmot, Ed Marquez, Mike Prestys, Barry Searle and Jeremy Bean.

“The Mountain View Art Club will also be participating in this project with a 6- by 40-foot painted mural of the mountains that form the local rural valley, which ultimately formed the glacier,” said Wilmot. “Grants from the Lackawanna Heritage Valley and the Endless Mountains Heritage Region will help finance this project, along with a potential donation from Williams Pipeline.”

Fossils will be embedded into the interior walls of the glacier.

“And while we know that fossils were not found in the real glaciers, one of the goals of the Children’s Garden is to make history fun for children,” Wilmot said. “So, we’re stretching the facts a bit by ‘seeding’ the garden glacier with fossils to find purely for the fun of it … and because kids love fossils!

To provide the needed fossils, the CTHS is asking for help from the public.

If you or someone you know has fossils to donate or sell to the Clifford Township Historical Society at a reasonable cost, please contact Wilmot at 570-679-2723 or Shirley Granger at shirley6@comcast.net.