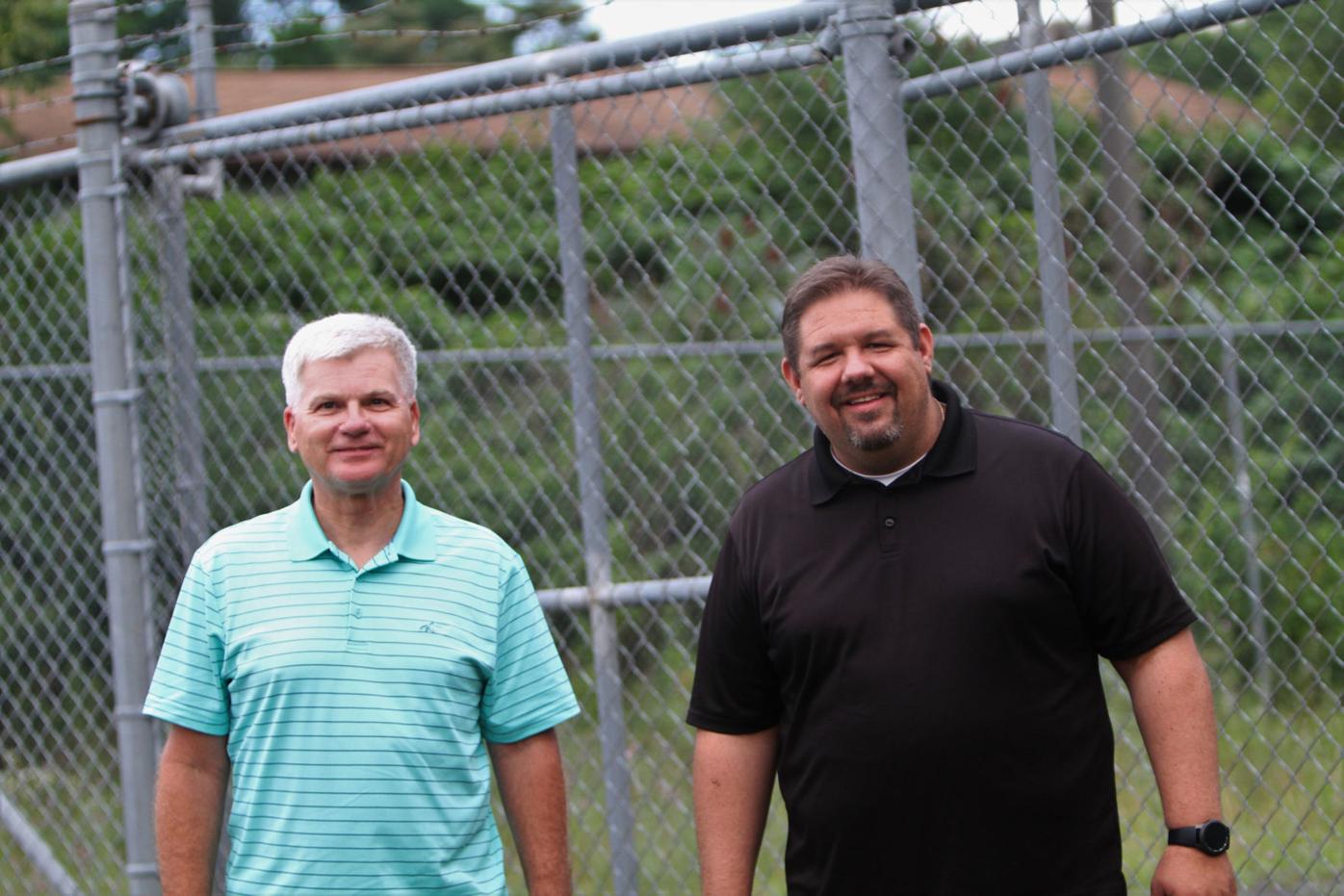 From left, Dickson City councilman Rick Cesari and president Jeffrey Kovaleski stand in front of the property of the future Riverfront Park. 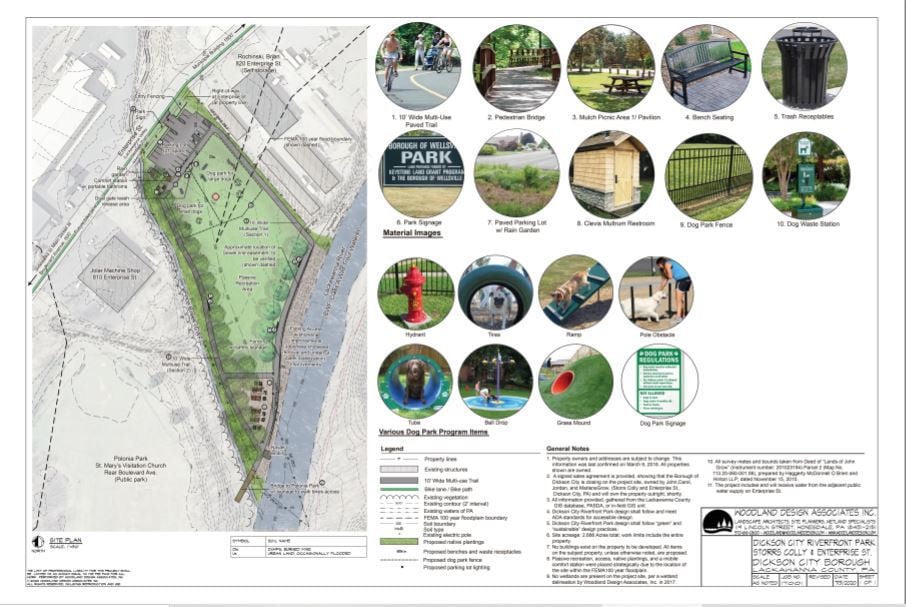 The site plan for Riverfront Park in Dickson City.

From left, Dickson City councilman Rick Cesari and president Jeffrey Kovaleski stand in front of the property of the future Riverfront Park.

The site plan for Riverfront Park in Dickson City.

DICKSON CITY — Behind the chain link fence on the 800 block of Enterprise Street sits a field filled with tall grass and weeds.

While the 2.6-acre property doesn’t look like much now, the lot will someday be Dickson City’s first dog park.

Riverfront Park is part of the borough’s Main Street Revitalization Project. In addition to the new park,

Dickson City bought the property on Enterprise Street last month for about $150,000, with approximately half of the cost coming from a grant for land acquisition. The aptly named Riverfront Park, which borders the Lackawanna River, will provide accessible areas for fishing and boating, as well as hiking. Construction of the new dog park will cost an estimated $380,000.

“We’re just waiting on the grants to come in,” said council president Jeffrey Kovaleski. “We purchased the land though, which is huge. The property belongs to Dickson City.”

Riverfront Park will be a multi-phase project, according to the Kovaleski. Phase I will include an access trail, improvements to the shoreline, a 20 space-parking area, picnic areas, site grading and landscaping and other miscellaneous items.

“Dickson City has four beautiful parks, but Riverfront provides different recreation,” said Kovaleski. “I think people will really be impressed with this place.”

The first phase of the project will

be funded with help from a grant through the Department of Conservation and Natural Resources in the amount of $77,500, which the borough agreed to match.

Phase II will include additions to

signage, a waste station for the dog

park and a 10-foot-wide trail improvement. The second phase will be funded through a $250,000 grant through

Riverfront Park got its start in 2017, when 800 people signed petition in favor of its construction. Construction will likely begin in 2021 and wrap up by 2025, although no dates have been confirmed. The property was chosen specifically for its proximity to the river, says councilman Rick Cesari.

“We want the revitalization project to coordinate with the Lackawanna River,” said Cesari. “That’s why this property location was so big for us.”

The park will be divided into two separate areas for large and small canines to play. Honesdale-based Woodland Design Associates Inc. will oversee construction. The park’s plans for pooches include ball drops, grass mounds, hydrants, pole obstacles, ramps, tires and tubes, according to plans. Amenities for people include a multi-use paved trail, pedestrian bridge, bench seating and a small playground.

“I just think any kind of recreation is good for people,” said Kovaleski. “Especially in these times we’re in, it is good for people. Get out and enjoy the natural beauty of what’s around you. I think that’s exactly what our residents will be allowed to do here.”