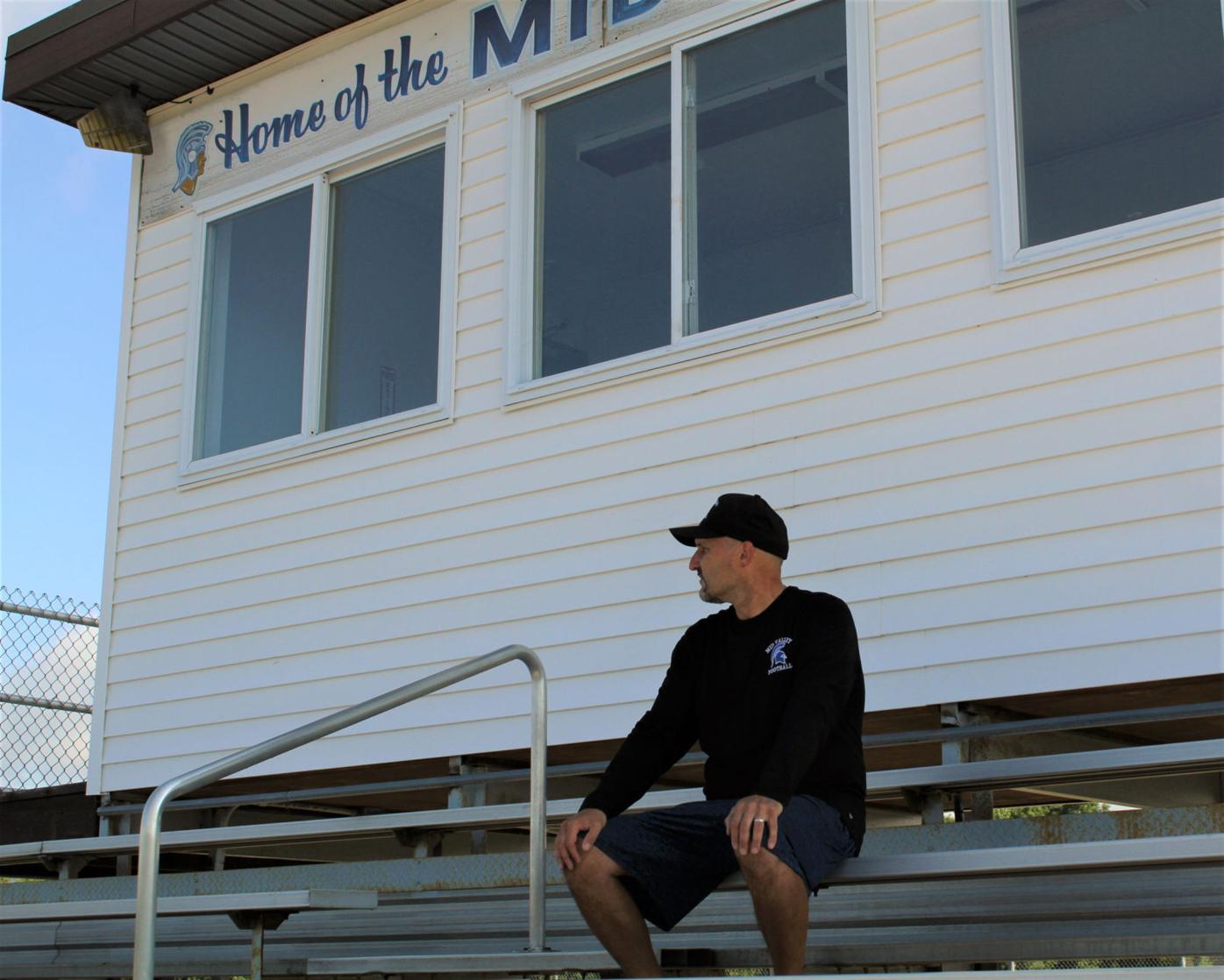 Stan Yanoski will coach his alma mater this fall. 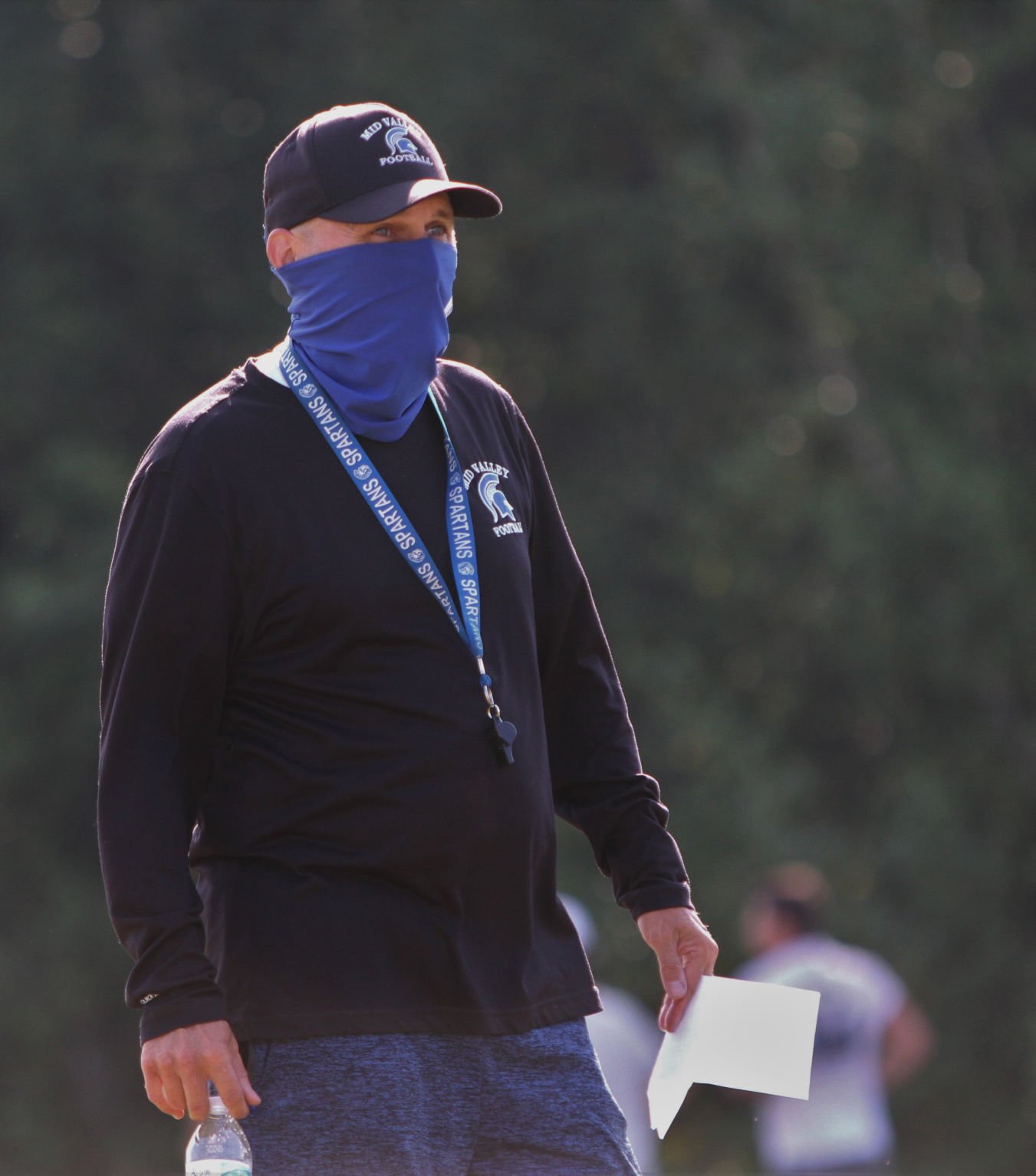 Stan Yanoski will coach his alma mater this fall.

From hiring a new coaching staff and acclimating 74 teenagers to a new system to moving up in competition from Class 2A to 3A and trying to create a state of normalcy for Mid Valley’s football team during a worldwide pandemic, it hasn’t been an easy start for new head football coach Stan Yanoski.

He takes over for Dave Rebar, who resigned at the end of 2019 after coaching for seven seasons. Like his predecessor, Yanoski’s toughness can be traced back to his playing days for Mid Valley. The standout football player in the Suburban Conference earned first-team all-star honors as a defensive end and second-team honors as a center during his senior season in 1988.

Mid Valley Secondary is also where Yanoski broke into the world of coaching back in 1990 under the same man who once coached him — Jim Baggetta. Yanoski credits head coaches he’s worked under, including Baggetta and Carbondale Area’s Larry Gabriel for showing him the importance of discipline and how to deal with overcoming life’s adversities, two things which Yanoski can certainly appreciate now.

“I call this my dream job,” said Yanoski. “I’ve had to work so long to get here. It really is a dream come true.”

His lifelong passion for the game made the jump to coaching an easy and natural transition as an assistant coach back in 1990. In addition to multiple assistant coaching gigs with the Spartans, he spent eight non-consecutive seasons as an assistant coach at Carbondale Area and three seasons at Holy Cross. He has also spent time coaching the freshmen team at Pocono Mountain West and Olyphant Junior Lions organization before landing this role. In addition to coaching football, Yanoski also works as a math teacher at Mid Valley Secondary.

“I’m excited to coach on this field,” said Yanoski. “I played here and now I teach here. I was an assistant here. I wanted this for a long time.”

The rah-rah-style of coaching isn’t how the first-year coach likes to do things. Leading by example seems more fitting. Yanoski does what’s right by his players, and in return, expects the same level of commitment from them. The no-nonsense attitude is reminiscent of the coaches he worked for over a span of three decades.

The responsibilities of a first-year head coach can be difficult enough. But Yanoski has also had to contend with restrictions and uncertainties because of the coronvirus pandemic.

Pennsylvania high schools officially kicked off fall practices on Monday, Aug. 24. The players can only practice under the new set of guidelines handed down from the Pennsylvania Interscholastic Athletic Association, which restricts contact between players. The PIAA’s bans on team huddles, offensive vs. defensive scrimmages and one-on-one player tackling drills are the coaches’ responsibilities to enforce and are believed to lessen the chances of any potential spreads.

“It hasn’t been easy but we’re doing what we can,” said Yanoski. “We have some solid players returning and there’s a lot of size on this team. I feel good about our chances going into the season.”

Yanoski isn’t the only Spartan excited for the upcoming season. Senior guard Jason Maceyko, a 2018 Lackawanna Football Conference first team selection, is grateful for the way Yanoski and the other coaches have adapted to the chaos on the outside. Moreover, he’s grateful for the opportunity to play out his final year.

“He’s done a great job coaching us through a pandemic,” said Maceyko. “He leads by example and the players respond well to it.”

The first games of the season will take place on Oct. 2, and the team will play an abbreviated five-game schedule that’s been passed down from the PIAA.