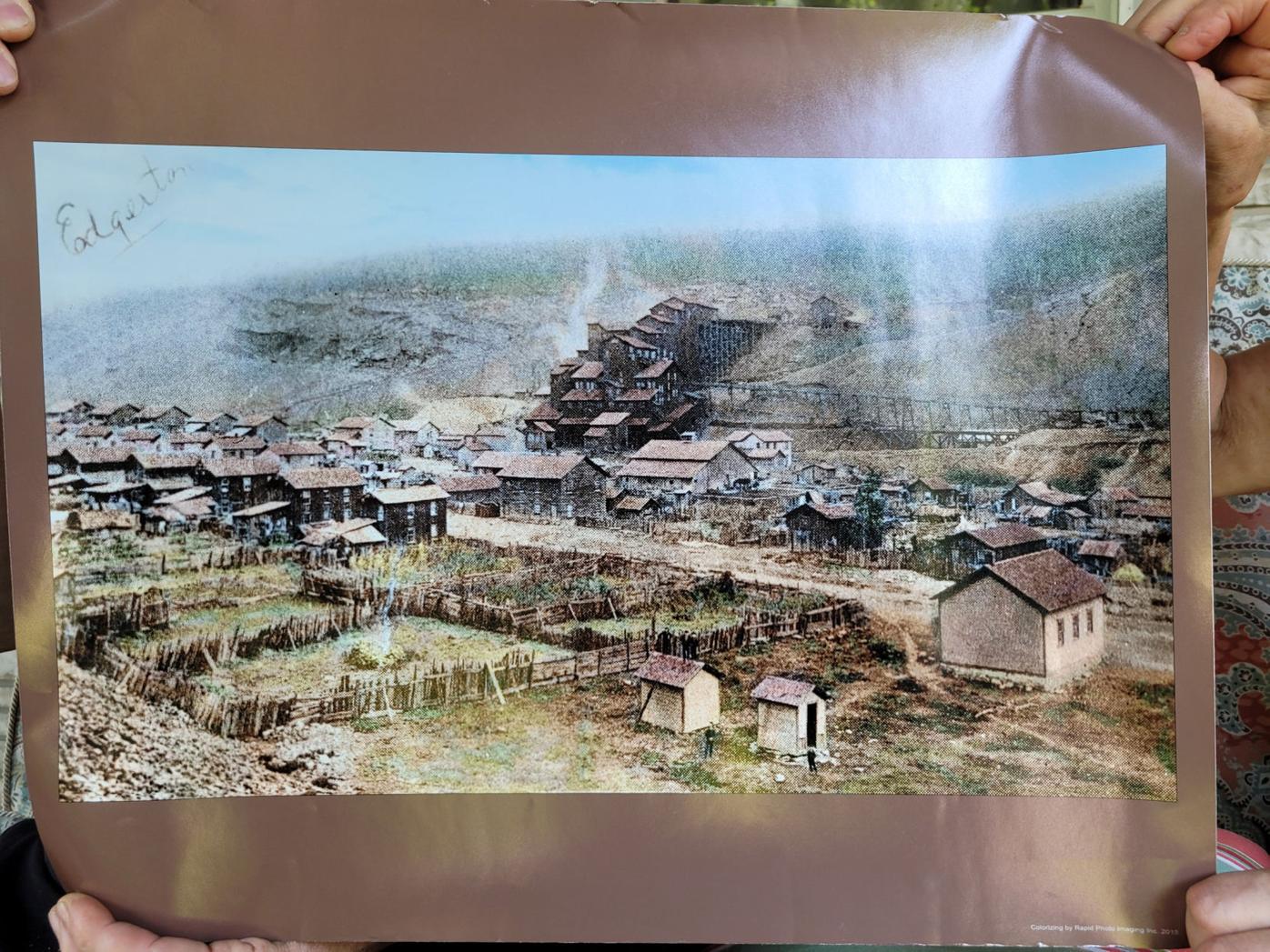 A colorized version of the only known photograph of Edgerton, a former patch town in Archbald dismantled in 1905.

Where most people would see a small clearing in the Archbald woods, Dale Keklock sees a key piece of borough history.

The Archbald resident and local history buff has spent nearly two decades researching the town of Edgerton, which once housed hundreds of families who mined coal for Edgerton Coal Company at the turn of the 19th century.

The orderly rows of houses, schoolhouse, water closets, wagon sheds and other buildings that made up the town are gone now. But thanks to Keklock’s and other local historians’ interest, information about the town that once existed along Aylesworth Creek lives on.

Keklock first began his research for Edgerton in 2002, when he went on a tour with another historian. He explained how almost immediately upon entering the town he was hooked and wanted to learn more about this ghost town.

“When I took my first tour there, a fellow historian asked if I would like to help write a book with him. Every weekend I would go up his house and do more and more,” Keklock said.

It’s a bit of a hike to the remains of the town established in 1881 and torn down in 1905 after the coal ran out. Keklock leads tours to the ghost town and, thanks to a map of the town, can point out where buildings used to be located.

Historian and historical songwriter David Ingerson of the Black Sage Project band explained exactly what happened to Edgerton when the coal ran out.

“The houses were company-owned,” he said. “They didn’t just tear them down, they dismantled them, and some are here” in Archbald.

Children attended the small school while many of the adult men in the town would work in the coal mines, Keklock added. The town included in ice house, an oil house, a storage area for hay, a barn and more. Across the river was the breaker, the engine house, the shop, lumber yard and buildings where they stored supplies, oil and powder used to mine the coal.

“There were over 300 families that lived there — not 300 people — so you could see they fit a lot of people in those homes,” Keklock said.

Along with his son, Kecklock colorized the only known photograph of Edgerton that shows what the town truly looked like, and who lived there.

Keklock is not done with his work on Edgerton. He has been working with fellow historian Suzanne Urton, who has done extensive research on Edgerton and the people who established the town. The two plan on adding this information to a new book in the future.

Besides the new book, Keklock plans on continuing his popular tours of Edgerton. Many people have reached out to him with ideas such as small plays or scenes showing reenactments of what the townspeople used to do when it was thriving. These historical scenes could show how people used to live their day-to-day lives in the abandoned mining town.

Edgerton isn’t Keklock’s only interest. He and other historians he knows have created informative YouTube videos on several other interesting local sites, ranging from the coal breakers and mines around the region to the Centralia mine fire that created a ghost town. He’s also researched local ties to the Civil and Revolutionary War and put together a history about the oldest house in Laceyville. Links to all his videos are listed on his website.

“It’s about the history of this place and these people,” Keklock said.