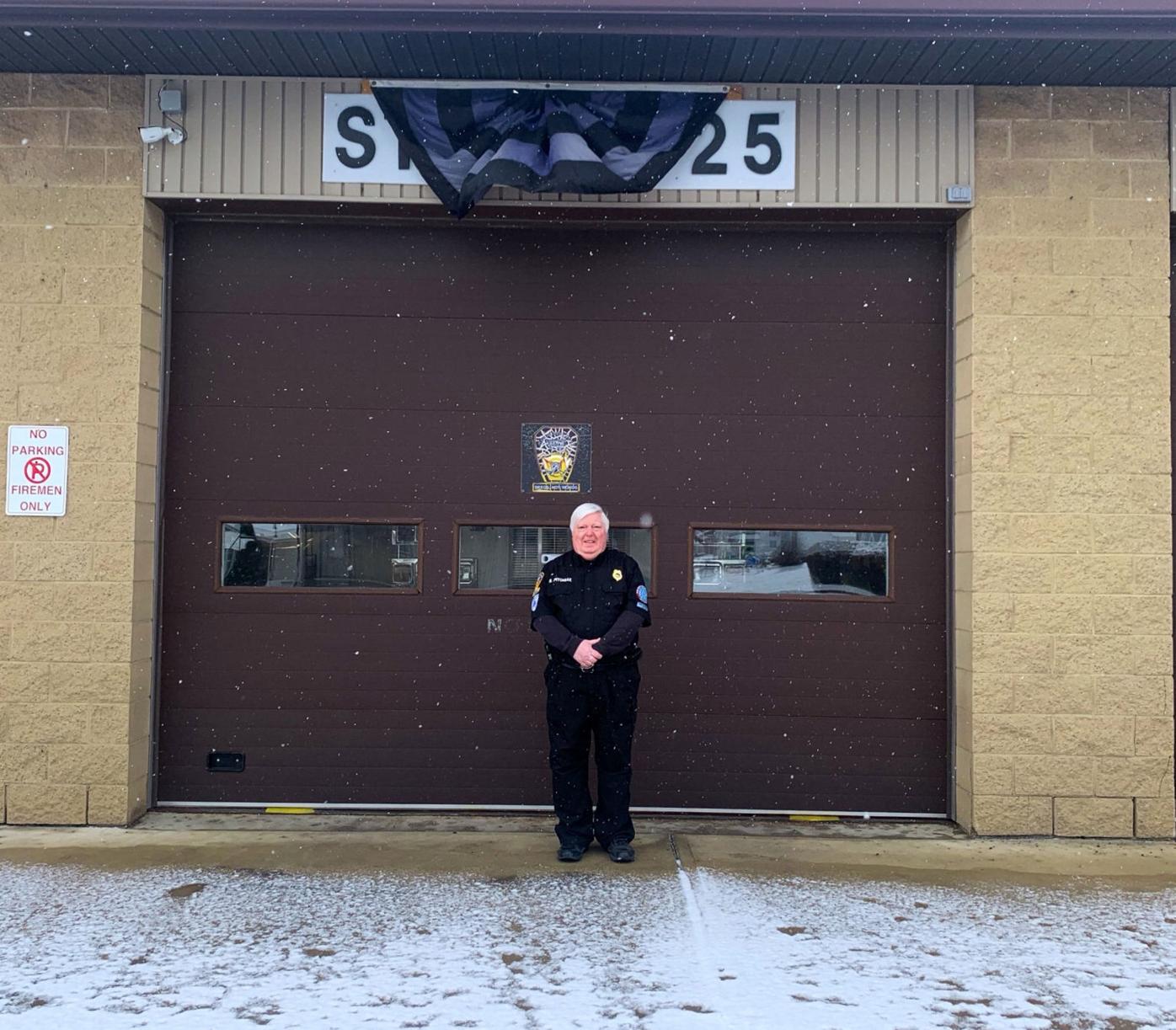 Longtime Fire Chief Steve Pitoniak outside of Jessup Hose Co. 2. He is retiring after more than 29 years as chief. 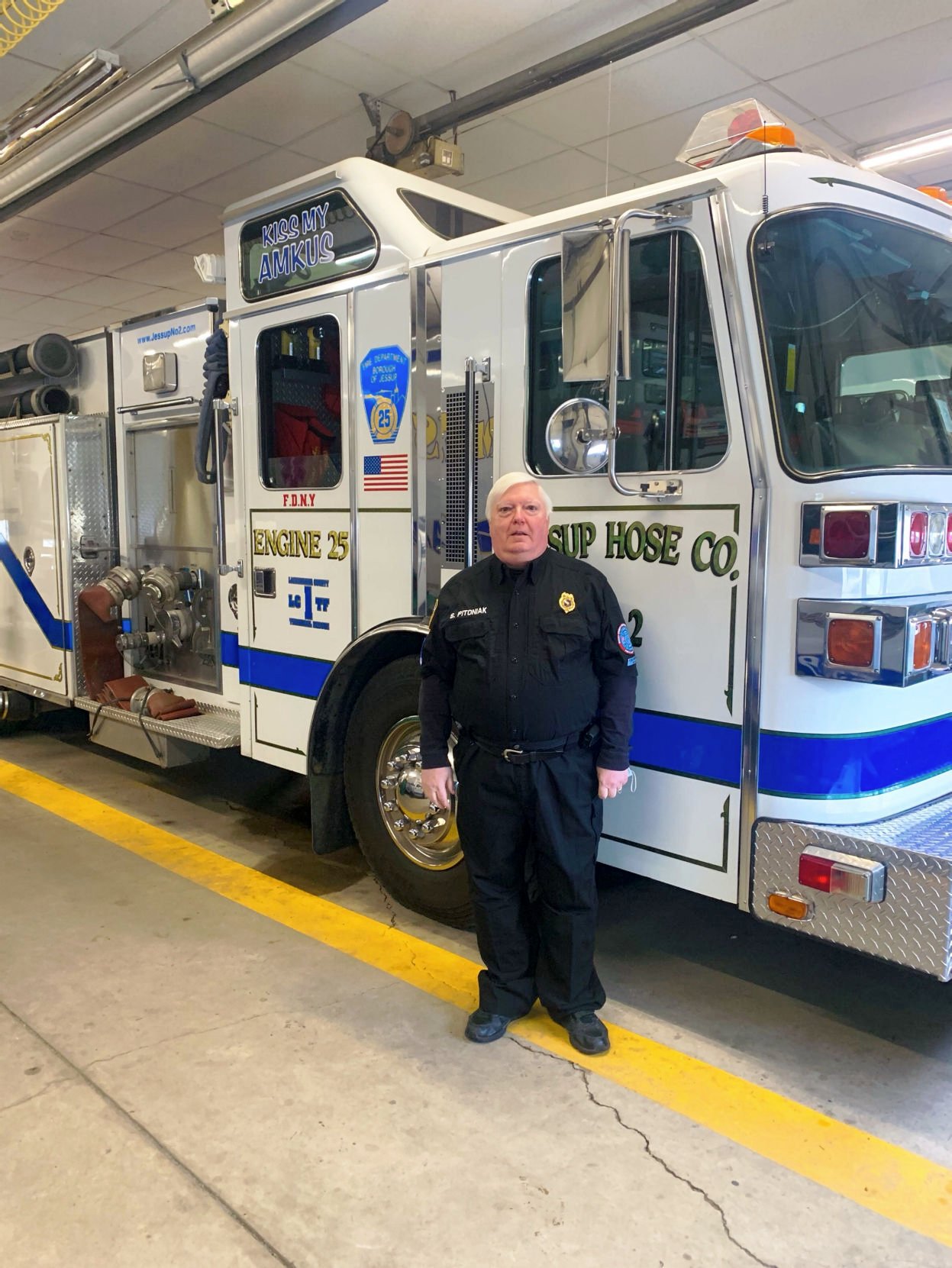 Longtime Fire Chief Steve Pitoniak outside of Jessup Hose Co. 2. He is retiring after more than 29 years as chief.

In his 50 years as a Jessup firefighter, Steve Pitoniak has seen disasters, hundreds of fundraisers and even a fire that put itself out.

Pitoniak, 64, retired in January after holding the position of chief at the Jessup Hose Company 2 for the last 29 years. Jim Anderson Jr., an experienced firefighter at the company, is now filling the role. Though Pitoniak is retiring as chief, he will remain a volunteer firefighter at the hose company.

One of Pitoniak’s last tasks as fire chief was applying for a local share account grant with the assistance of the county. The grant, totaling in $180,000 would cover the cost to add an additional bay to the building.

“The problem is equipment keeps getting bigger,” Pitoniak said. “The bay is only 12 feet high, and the apparatus is 10 feet high, so it doesn’t give us enough room to work.”

“It’s kind of in the blood. It’s a family tradition,” Pitoniak said.

Pitoniak has lived in Jessup his whole life, aside from his time in State College while studying community development at Penn State.

While his studies landed him a career

as the planning department manager

for Lackawanna County, he simultaneously worked his way up in the ranks of the fire company.

“I was an EMS lieutenant, a captain and an assistant chief,” Pitoniak said.

Throughout his long career at the fire company, Pitoniak recounts the Scranton Cooperage fire in 2014 as the biggest one he was involved in.

“We had over 200 firefighters and 30 companies at that incident,” he said.

Pitoniak also recounts another memorable incident in which an electrical fire put itself out before they arrived at the house.

“We had a kitchen fire and when we got on scene the fire was out,” he said. “What had happened was, the fire had started between the ceiling and the floor underneath the kitchen. When the fire burned through the floor, it tipped over the dishwasher and the hose from the dishwasher disengaged, sprayed the fire and put it out.”

Pitoniak has seen many changes happen under his watch, including technology.

“We have all kinds of heat protectors and gas meters (now) that we didn’t use in the past,” Pitoniak says.

Current fire company Rich Troiani said that, with bigger and more advanced equipment, the costs rise as well. Troiani believes one of Pitoniak’s greatest strengths at the hose company was his ability to raise funds for new equipment.

“Steve is our grants guy. He’s gotten us hundreds of thousands of dollars over the years. We’ve gotten major grants awarded to us because of his knowledge,” Troiani said.

Troiani has known Pitoniak for 35 years. He went from doing electrical work for Pitoniak to being his right-hand man at the station, as well as a good friend.

Additionally, Pitoniak noted the rise of fire company responses during his career.

With the COVID-19 pandemic this past year, the Jessup Hose Co. had to cancel their three main fundraising events: a carnival, wine festival and gun raffle. Pitoniak said fundraising is critical to the hose company. The three events not only make up the majority of the fundraisers they do yearly, and the community loves to attend them.

“We spend more time fundraising than we do on incidents,” he said.

Thankfully, Mayor Joseph Buckshon understands the importance of the hose company and assured the fire company Jessup borough would help in any way they could.

“A lot of volunteer organizations were devastated by COVID-19, that’s why we voted to give them more financial support this year,” Mayor Buckshon said.

Buckshon noted that he worked with Pitoniak for over 20 years as a former Valley View school board member and now as the mayor of Jessup.

“He earned the respect of the people and the town. He was a great leader and a great chief,” he said.