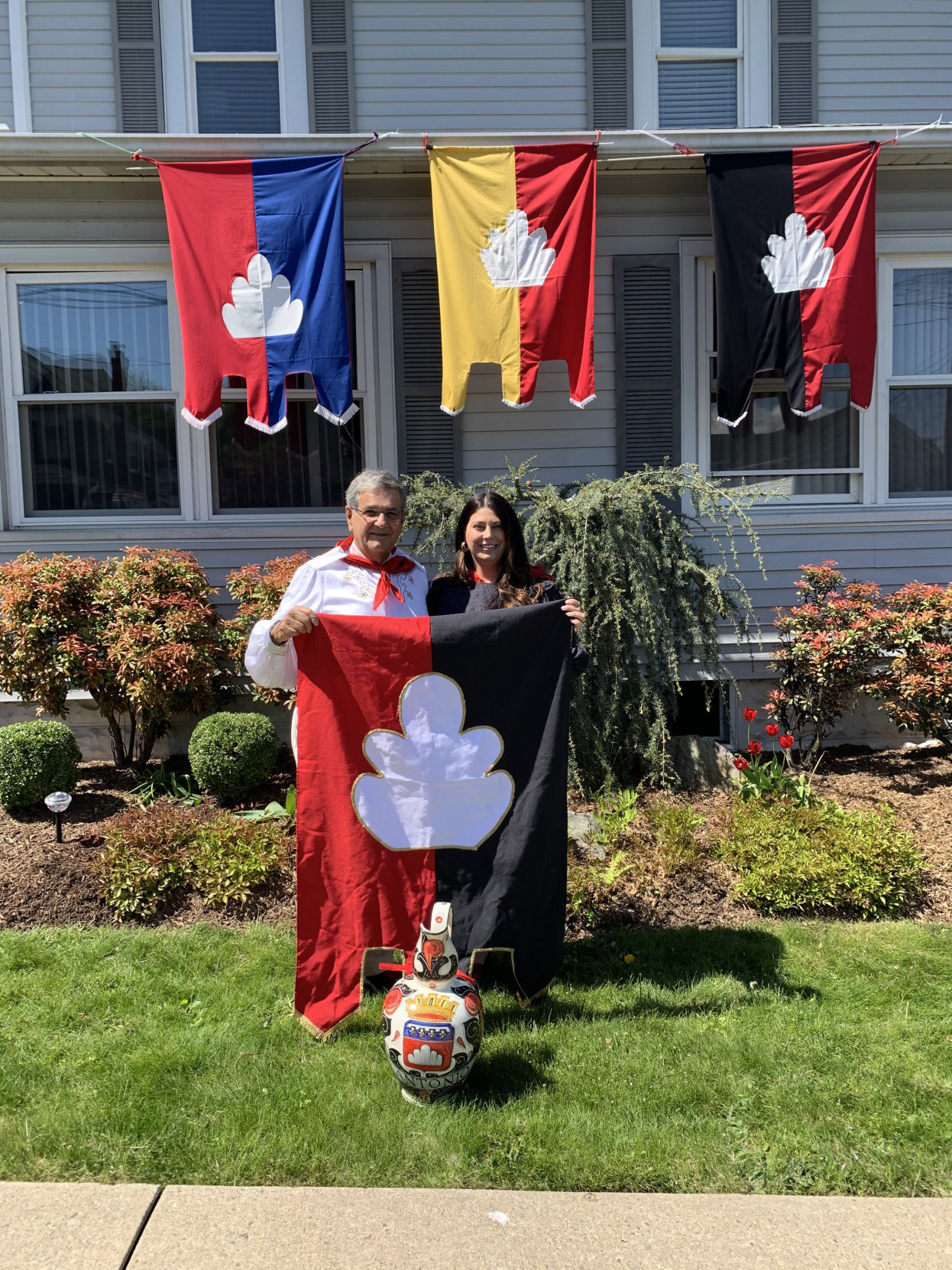 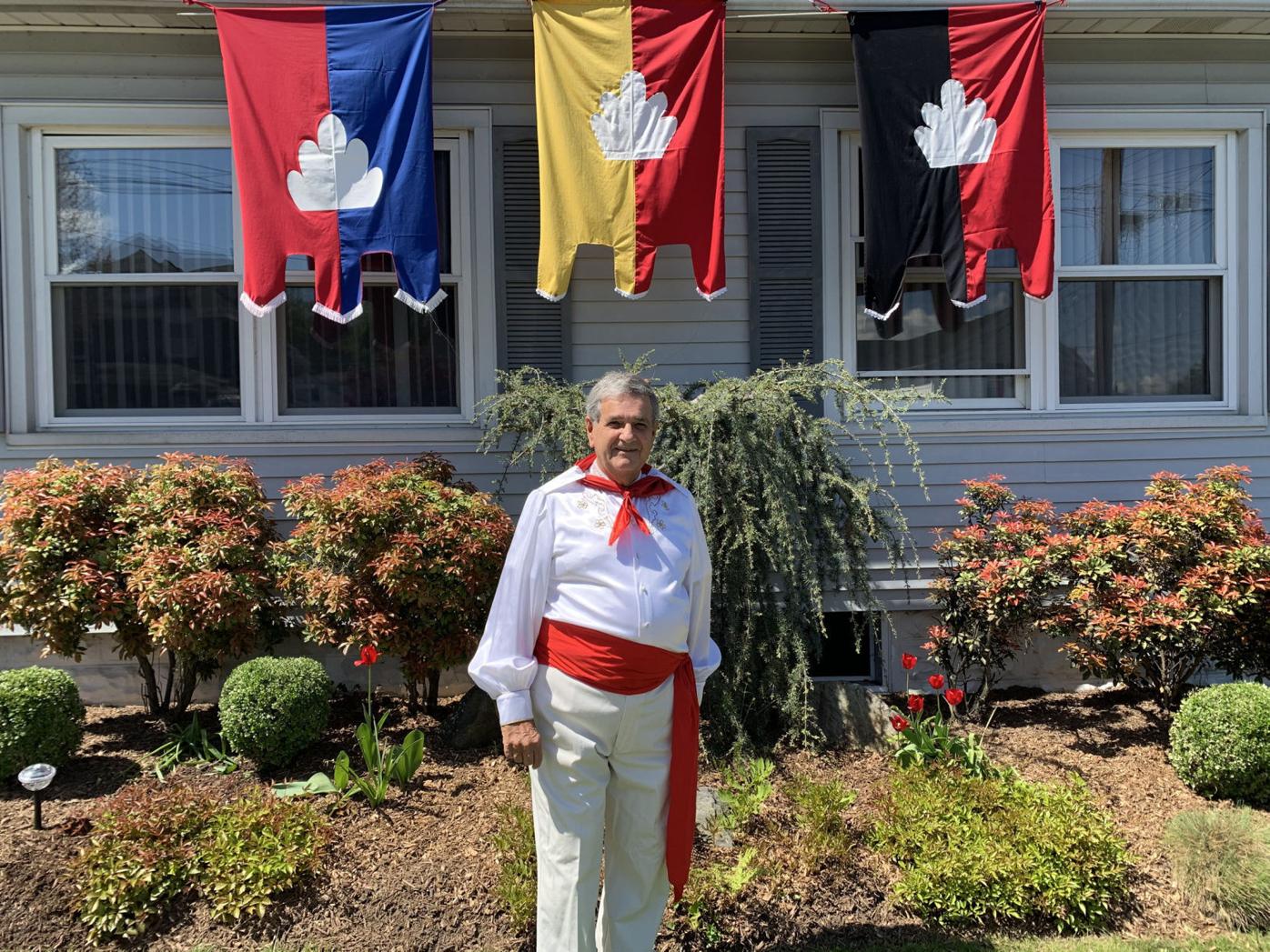 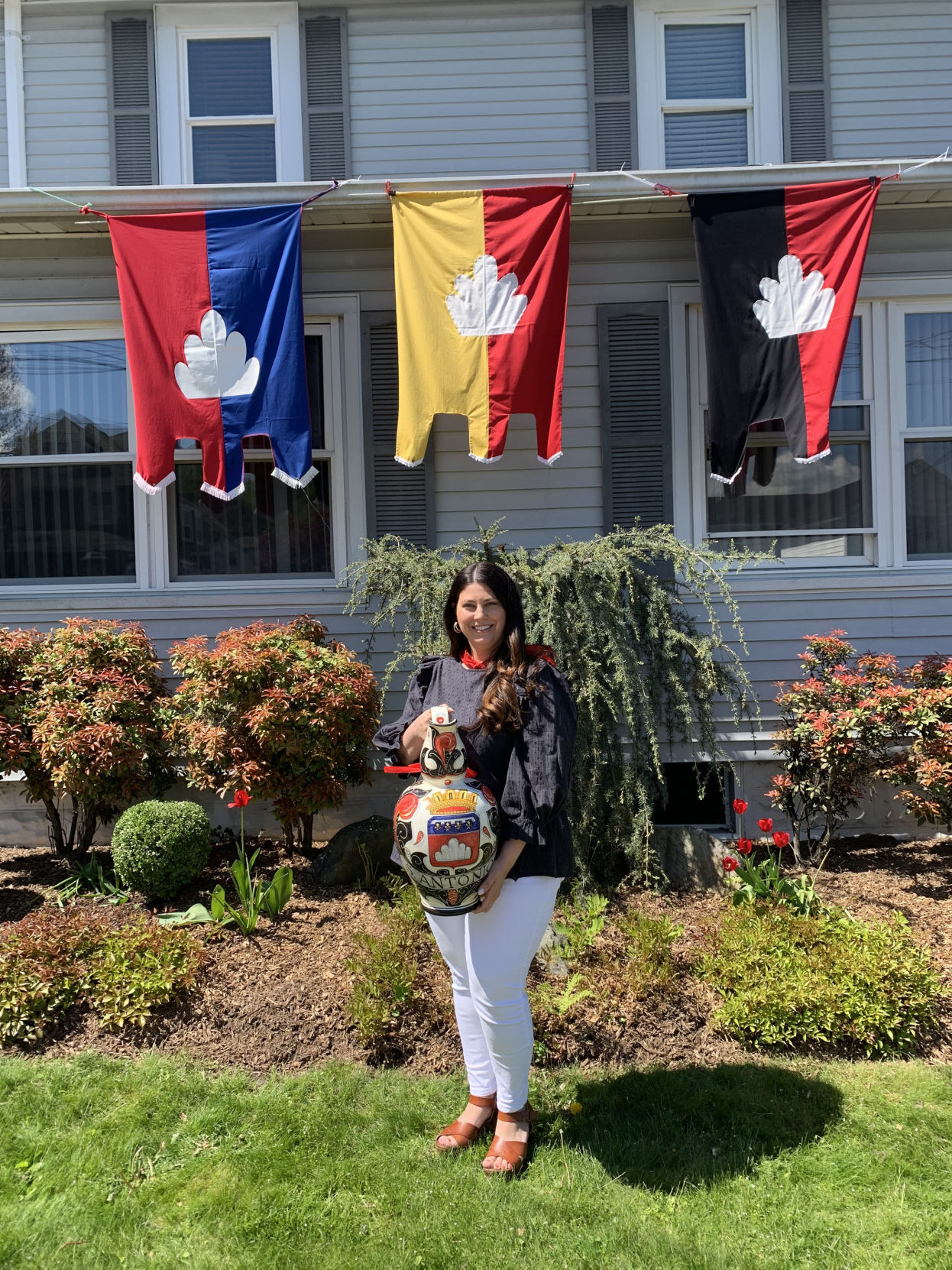 Victoria Hanson of Dalton holding her authentic “brocca," a ceramic vase tossed as a part of the traditional festivities at La Festa dei Ceri.

Victoria Hanson of Dalton holding her authentic “brocca," a ceramic vase tossed as a part of the traditional festivities at La Festa dei Ceri.

The decision to cancel last year’s La Festa dei Ceri in Jessup was a difficult one.

Canceling this year’s event, again because of the ongoing COVID-19 pandemic, was heart-breaking, according to 78-year-old Albert “Al” Alunni of Jessup, who serves as the treasurer for the St. Ubaldo Society and the family of St. Anthony.

“It was bad enough last year, but this year is worse,” he said. “It hurts.”

Usually, Memorial Day weekend brings thousands of people to Jessup, where brightly-clad men race through the streets with 400-pound statues of St. Ubaldo, St. Anthony and St. George. The weekend-long slate of events is a chance to catch up with friends and family and pay homage to Italian roots. It’s a tradition that began here in 1909 and continued year after year with few breaks.

The decision to call a halt to the much-beloved tradition carried over from Gubbio, Italy, wasn’t made lightly. The board that makes the decision is comprised of 15 people, five representatives from the family of each saint. Like last year, Gubbio canceled this year’s festival. And while that wasn’t the only factor guiding the Jessup board’s decision, it was part of the discussion before they voted to cancel.

The decision was an emotional one for Victoria Hanson, 31, of Dalton. She serves as the secretary for the St. Ubaldo Society and the family of St. Anthony.

The Festival began as a way to honor Gubbio’s patron saint, St. Ubaldo, after St. Ubaldo stopped the invasion of German Emperor Frederick Barbarossa in 1155.

After saving the town, Ubaldo was placed on a stanga and carried around the town, inspiring the tradition of racing his statue. Soon after, St. Anthony and St. George were added to the festival, representing the social classes of Gubbio.

For Hanson in particular, La Festa dei Ceri is all about familial connections. Hanson considers the festival a day to reunite with loved ones that are still alive, honor those who have passed and connect with the family she still has in Gubbio.

“It’s something that connects all of us. To share this day with people from Gubbio, knowing they have the same passion

and devotion for the day is indescribable,” said Hanson.

Throughout the month of May, the Society planned a “TerazzaPalooza,” or porch party, where each house in Jessup is decorated in celebration of the festival. The St. Ubaldo Society will award prizes in several categories, including the decorated porch the furthest away from Jessup.

The society also encouraged residents to place a candle or light in their yards showing solidarity with the festival and to honor those who have passed this year.

This weekend, there are multiple virtual events accessible through the St. Ubaldo Society Facebook page and the Sacred Heart of Peckville Church’s Facebook page, including a live-streamed Mass and ceremonial wreath laying at St. John’s Italian American Cemetery in Jessup.

“We are working very hard to bring the best virtual day as possible and have as many as the traditions still replicated as best we can without the men being physically under the statues. The devotion the people of this community have will make this day continue,” said Hanson.

“This is all we talk about. People want to do things, the houses that are decorated with the flags, we’re trying to do things so that it does continue,” he said. “I think next year, we’re going to have more people want to come and see it because everyone enjoys it.”

They are also setting their sights on 2022. For Alunni, next year’s festival will be all the sweeter because of his role as the Primo Capitano, an honorary role for the festival rotating between the families of each saint yearly.

Since the festival was canceled last year and this year, Alunni will be the first Primo Capitano to hold the title for three years, making this role even more special for him.

Hanson is confident that the race will continue in 2022.

“It’s going to come back better than ever next year. There will be that much more emotion that will overcome everyone,” said Hanson.

If it just isn't Memorial Day weekend if you can't watch Jessup's Race of the Saints, Jessup filmmaker Larry Spegar and Electric City TV has you covered.

Several of Spegar's annual features will be televised on EC-TV, found on local Comcast channel 19, this weekend and continuing through June. The features highlight the excitement, colors, traditions and festivities surrounding La Festa dei Ceri in Jessup, including many interviews and film of local residents and participants in the race.