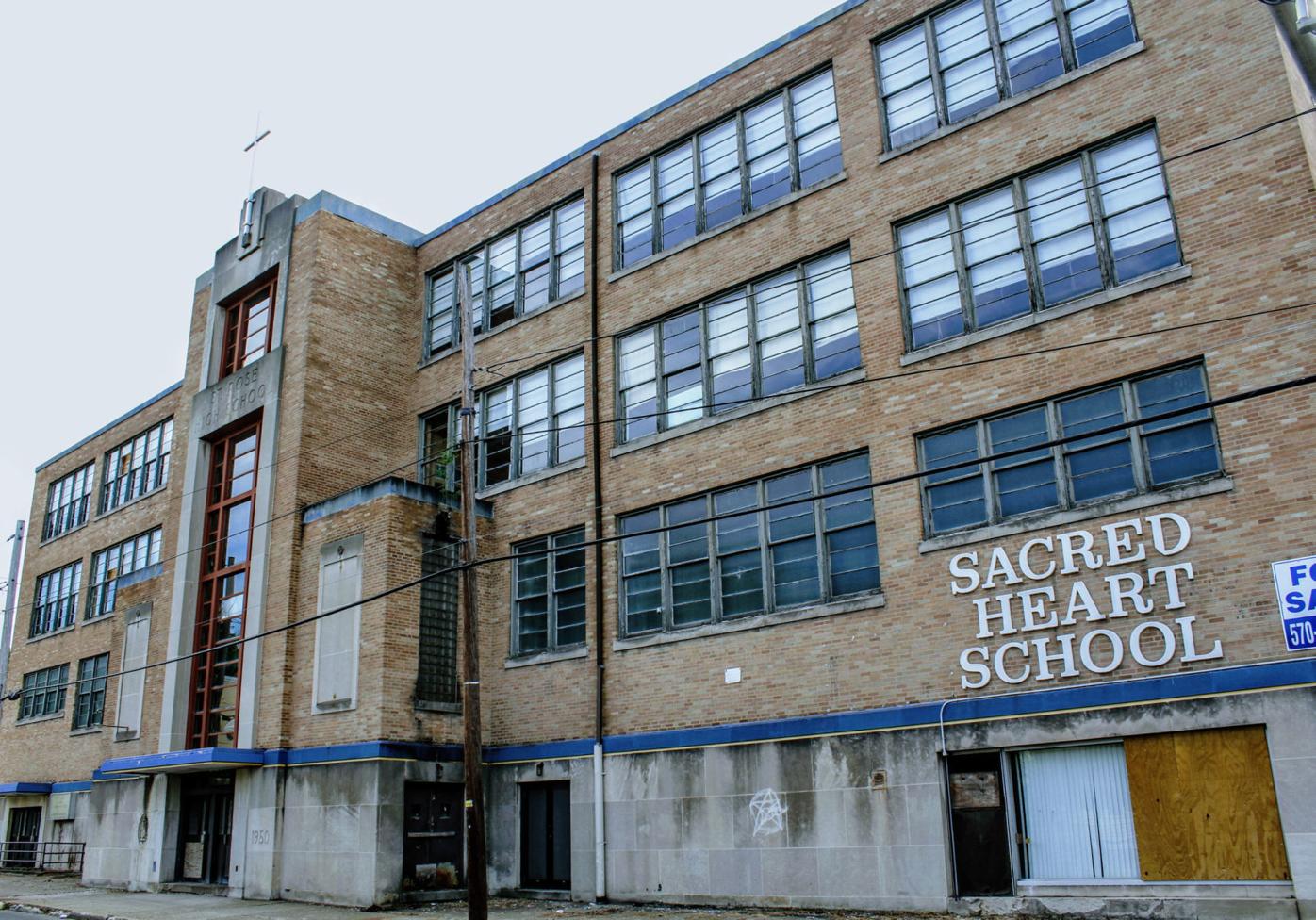 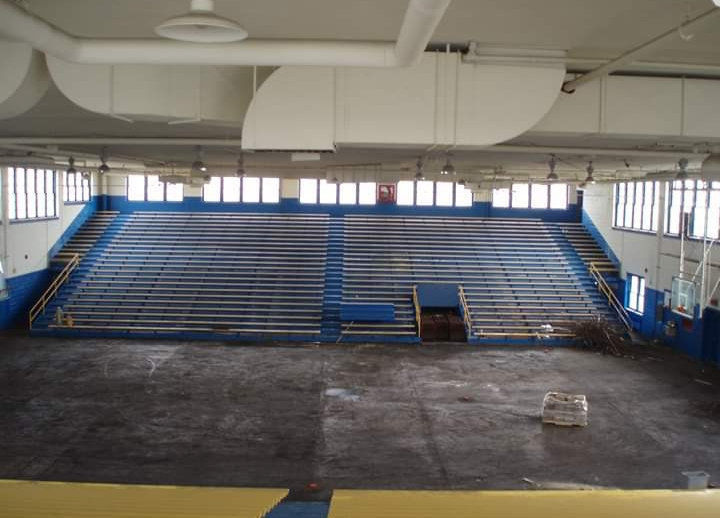 A view of the gymnasium from the top row of bleachers at St. Rose High School. 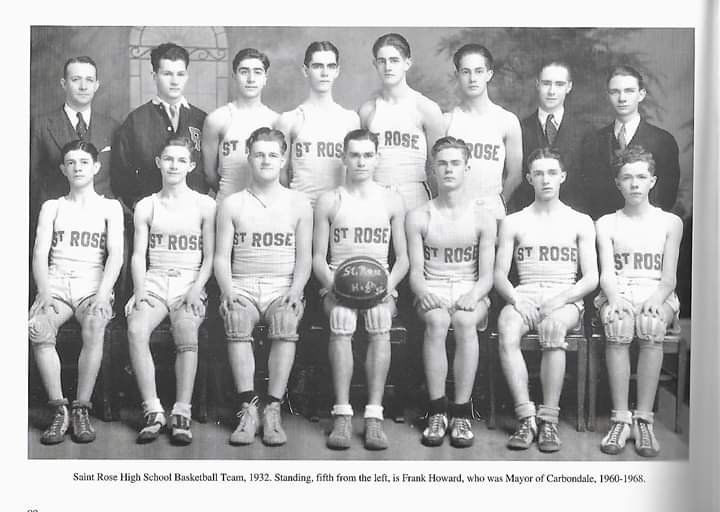 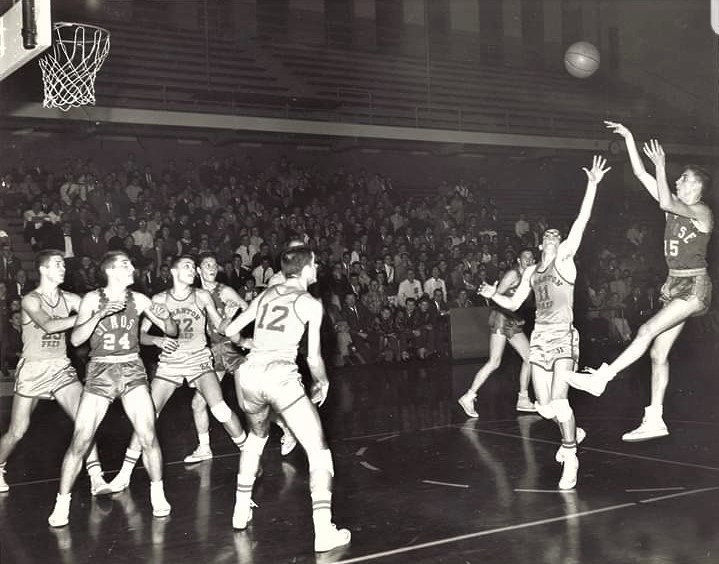 Frank Gramer shoots a jump shot over a Scranton Prep defender at the Scranton CYC in 1959.

A view of the gymnasium from the top row of bleachers at St. Rose High School.

Frank Gramer shoots a jump shot over a Scranton Prep defender at the Scranton CYC in 1959.

Fifteen years ago last month, the school at the corner of South Church Street and Seventh Avenue in downtown Carbondale closed its doors.

The former St. Rose High School is now marred by water stains and vandalism. Many of the windows are blocked off with plywood. The front of the brick building, where students once waited for buses, is covered in shards of glass and dead leaves.

The fate of the old school, closed by the Diocese of Scranton at the end of the 2004-05 school year, remains unclear. It’s listed for sale by Carbondale real estate agency Ruddy Realty for $79,900. The company did not return phone calls seeking comment.

“The school doesn’t look to be in very good shape, said Sean Quinn, class of 1985. “I assume the building will eventually be demolished, but our legacy as students can’t be torn down. We all have a lot of memories there.”

Quinn is the administrator to a private Facebook group that includes more than 700 St. Rose and Sacred Heart alumni ranging from the class of 1952 to the class of 2005. While the old high school continues to wither away, the group’s bond has only grown stronger with age.

In 1949, Monsignor William Farrell started plans to build a new school to accommodate the increasing attendance at St. Rose Academy, formerly located at the top of Salem Avenue in Carbondale. In 1951, his plans came to fruition when construction finished on a new, ultra-modern school. The curriculum included academic, commercial and home economic courses.

In addition to being the home to the Catholic high school, the building also served as the Carbondale Catholic Youth Center, which included a large combination auditorium-gymnasium, a state-of-the-art swimming pool, bowling alleys and cafeteria.

The gymnasium was home to St. Rose basketball, one of the earliest Catholic high school basketball dynasties in the state. The Roses’ most notable years were in 1955 and 1963, when the teams won the PCIAA state championship.

The girls basketball team didn’t have the same stellar record. The team ended the nation’s longest losing streak on Feb. 16, 1995, when they defeated Blue Ridge 49-48, ending a streak of 243 losses. ESPN reported on the broken streak the following day in a segment called “Did You Know.”

Today the gymnasium sits hollow. The gold and blue bleachers remain, but the flooring has been removed.

The last class to graduate under the name St. Rose came in 1976. The school changed its name to Sacred Heart the following year. Mt. Carmel Elementary and St. Rose Elementary were consolidated and renamed as Sacred Heart Elementary beginning in the 2000-01 school year.

Students in pre-kindergarten through third grade attended the Mt. Carmel building, while fourth through sixth grades were moved to the high school and designated as Sacred Heart Intermediate.

Citing massive debt and declining enrollment, the diocese shuttered the school in 2005. The school community rallied, raising $250,000 in pledges in about two weeks. Even so, the diocese’s decision remained final.