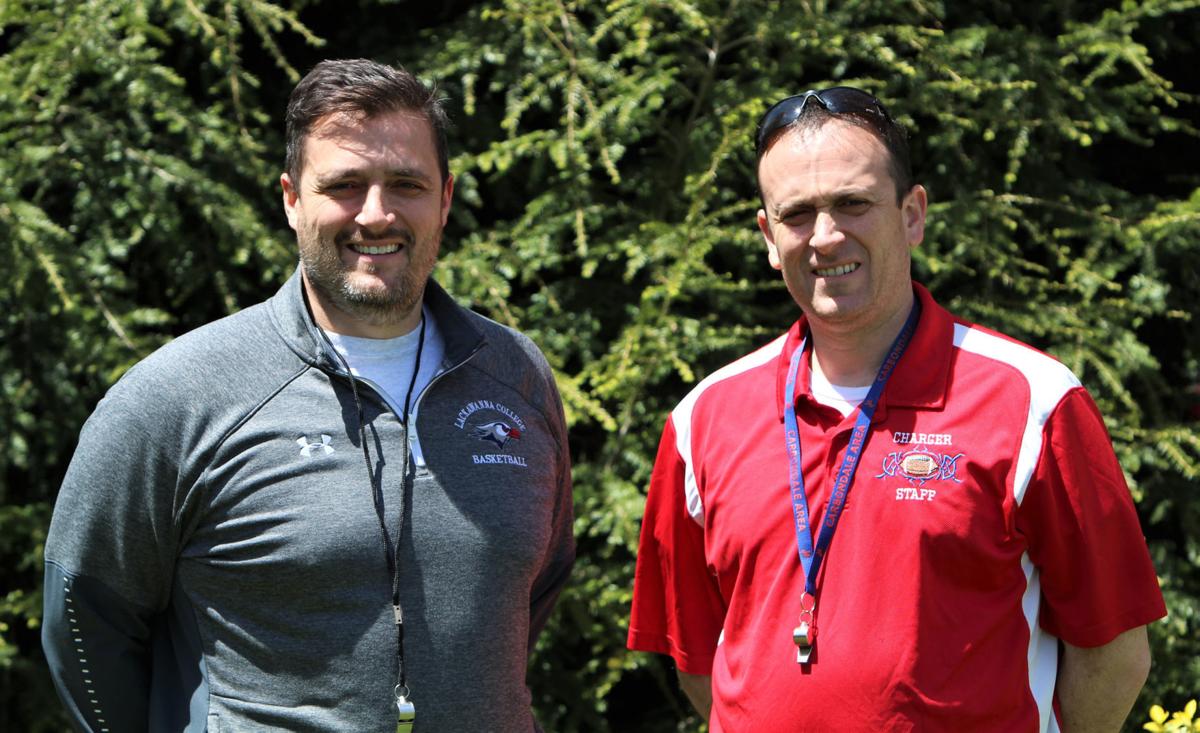 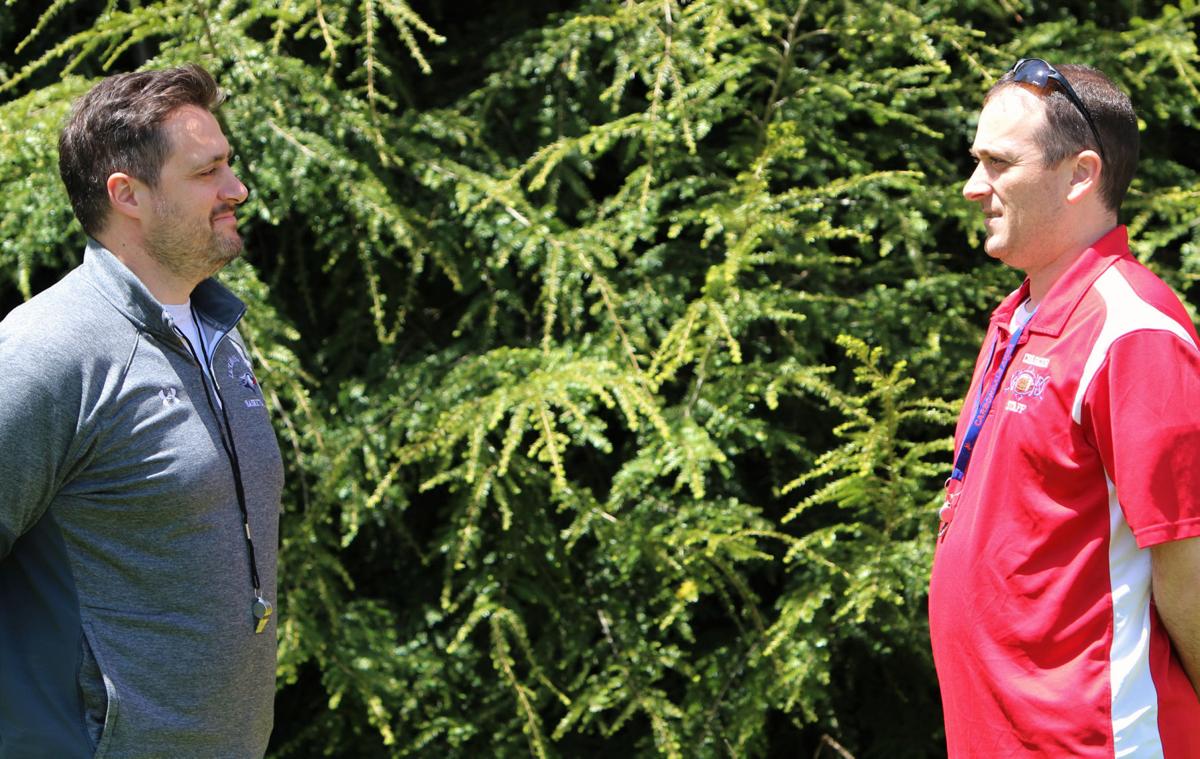 Landon (left) and Larry Gabriel jokingly stare each other down.

Landon (left) and Larry Gabriel jokingly stare each other down.

Whether it’s from their work at their funeral homes, their former gas station, in the classroom or on the court or field, most people in the Upper Valley know someone from the Gabriel clan.

For more than a decade, Larry Jr. and Landon have led Carbondale Area’s football and boys basketball teams. That’s changing in the fall.

Back in January, Landon Gabriel was named Lackawanna College’s mens head basketball coach. He served as the boys head basketball coach at Carbondale Area for the last 13 seasons. He takes over a Falcons program in transition after the program was suspended for the 2019-20 season in November.

Lackawanna cancelled the men’s season in early November after revelations that team members were present at a planned fight near Lackawanna’s campus in October, which sent three Lackawanna players to the hospital.

Landon Gabriel isn’t worried about the pressure. The former Carbondale Area and Kings College basketball star is excited to prove himself at the next level.

He also plans to return as a full-time teacher at Carbondale Elementary School in the fall.

Larry Gabriel, eldest of the five Gabriel siblings, has no desire to coach at the collegiate level.

“I have too many irons in the fire right now,” he said. “It would be very unlikely of me to make that sort of transition. I’m more interested in the next phase of my life in the administrative role.”

Larry Gabriel serves as Carbondale Area’s varsity head football coach, athletic director and math and computer teacher. He’s taken graduate courses in educational leadership and is pursuing principal certification and a superintendent letter of eligibility. He also has an associate degree in funeral service, which comes in handy with his family’s funeral home. He hopes to complete a funeral directors test by the end of this summer.

Growing up, Landon and Larry Gabriel were very competitive. Board games, video games or even a pick-up game of basketball could lead to verbal altercations lasting days on end. But as time went on, the brothers began to use each other’s criticism to better themselves.

Now the brothers find themselves calling the other for advice and constructive criticism after almost every game. According to Landon Gabriel, his older brother has always understood X’s and O’s better than him.

“I really feel like we are the only two people who will be brutally honest with each other after a game,” said Landon Gabriel. “As far as I’m concerned, Larry understands game management and strategy better than me or anyone else I know.”

Larry Gabriel would say the same about his brother Landon if asked the same question. The two brothers have a deep respect for the other’s coaching abilities.

“I respect Landon’s commitment to his players and his ability to keep cool,” said Larry Gabriel. “I have a famous temper unlike my brother.”

Despite coaching two completely different sports, both brothers have a considerable amount of experience in coaching, even serving as an assistant coach to the other at one time or another.

In fact, during Carbondale Area’s 2007-08 boys basketball season, identical twins Lincoln and Lance Gabriel were coached by older brothers Landon, Larry and Logan Gabriel for the entirety of their senior season. The five siblings were all living under the same roof during this period.

“Most people don’t realize how much time and commitment goes into coaching,” said Landon Gabriel. “Years ago, a person could just show up and be a coach for a few months. Now in order to coach a program at the high school or college level, you have to be fully committed practically year round.”

This is especially true for Landon Gabriel, who is in the midst of long recruitment process for the upcoming 2020-21 season.

According to the PIAA, high school football teams will be allowed to restart athletic activities once the governor’s office gives approval to the school’s respective counties. While not providing a clear date for when workouts and team activities can resume, the PIAA Board of Directors voted unanimously to give executive director Bob Lombardi the sole authority to decide when workouts can resume ahead of the fall season.