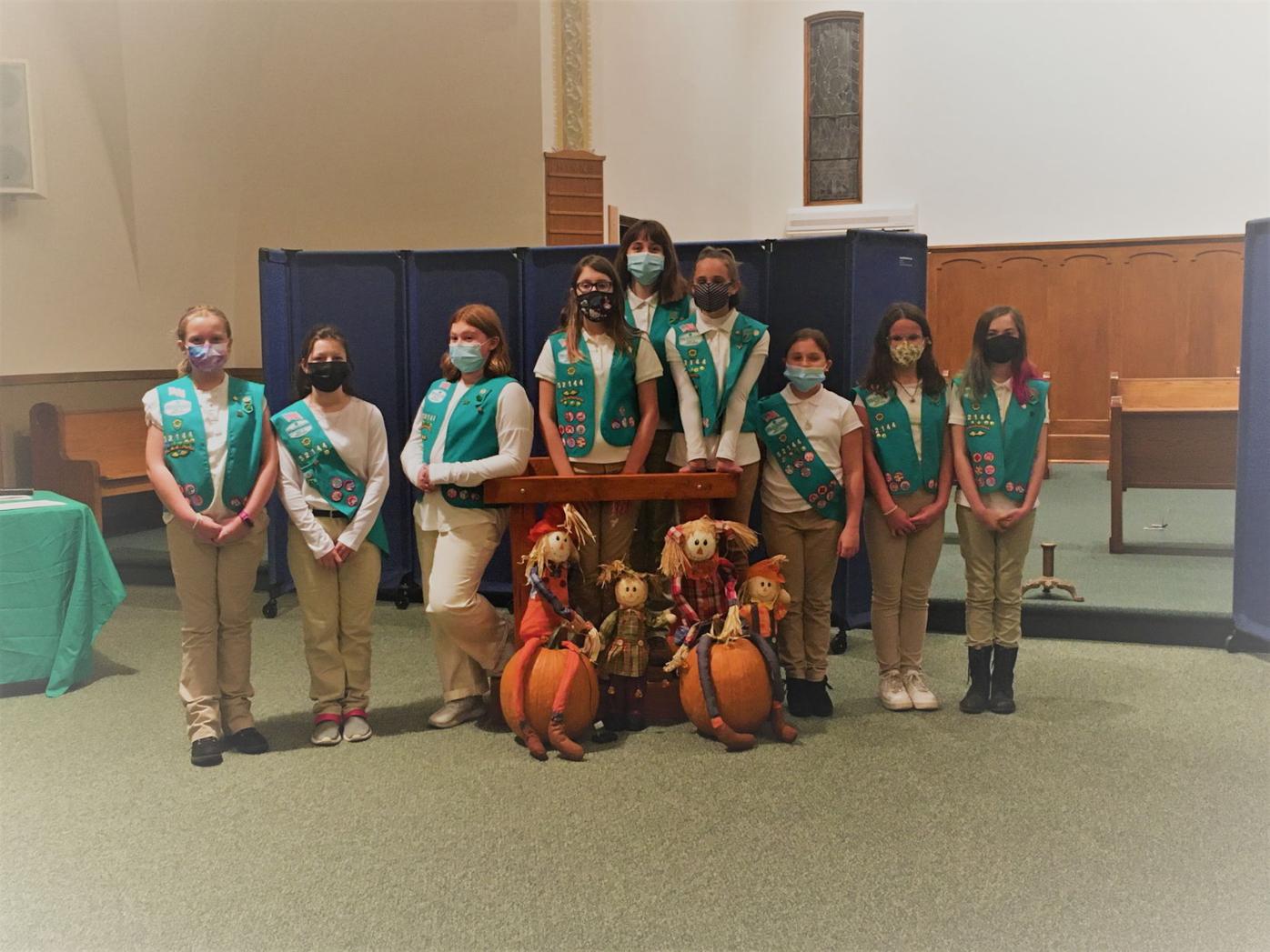 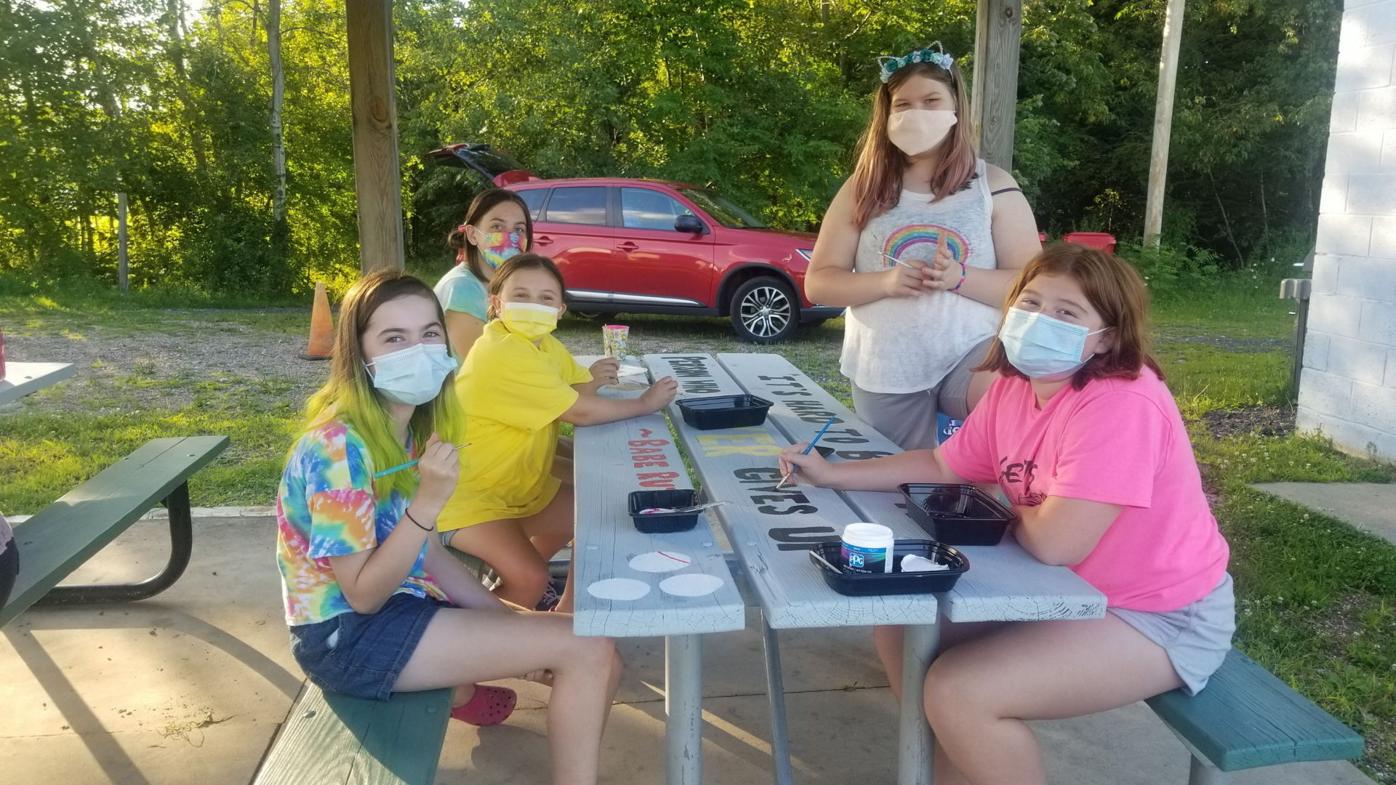 A local Girl Scout troop went for the bronze with a project that beautified a local baseball field and park.

“It had to be something that could be used continuously, not like a food drive or collection,” she said.

As troop members brainstormed ideas that would meet the requirements, they thought about AC Field in Jessup. The baseball field and park became their meeting place during the COVID-19 pandemic after their usual meeting place, St. James Church, temporarily became unavailable.

Troop co-leader Jennifer Strang said after learning the church would not be open for meetings, leaders scrambled for a solution. AC Field volunteers were happy to let the troop meet there.

“They would come and open things up for us, like the bathrooms, which was nice,” Strang said.

The girls wanted to give back to the generous volunteers and decided to focus on the picnic tables around the field. Built by Boy Scouts years ago, weather and time had taken tolls on the tables. Many were full of old nails and staples; some were falling to pieces.

“We had been looking for ways the girls could complete their Bronze Award, and this was the perfect opportunity,” Strang said.

The Girl Scouts set to work removing all the nails and staples, then sanded,

finished and painted the wood, saying later they were excited to use the power tools to make the fixes. A few tables even got special treatment, with the troop creating special designs and writing quotes on the tabletops and benches. They gave one table a baseball theme, which the girls thought was fitting for the popular field.

To earn the Bronze Award, troops must spend at least 20 hours working on a

project that fits the requirements. Troop 52144 spent 50 hours fixing and decorating the tables.

Some Scouts were able to apply their knowledge of construction and woodworking to the project. Sixth-grader Dixie Bennie of Jessup has helped her grandfather with multiple construction projects of the same caliber.

“It’s a lot of fun, getting to work with power tools,” she said.

Many of the girls in Troop 52144 have been involved in scouting since kindergarten or first grade, explaining that while it may have been their parents’ idea to join, it was the girls’ choice to stay. They say Girl Scouts give them opportunities to make new friends and get involved in the community. The Girl Scouts also allows them to help others in need.

“It’s a way to get out of the house and meet new people,” said Ireland Wynn, sixth grade, of Jessup.

The girls received their Bronze Awards at a ceremony on Oct. 18 at St. James Church in Jessup. After marching in with the American flag and reciting their Girl Scout promise, each girl went up to receive their Bronze Award, and then went to their families to have it pinned to their vests.

The award ceremony also doubled as a bridging ceremony, which is where the girls move up a level in the Girl Scouts. Girl Scout levels go by grade level, beginning in kindergarten and going all the way through high school.

Junior Girl Scouts are in fourth and fifth grades. Now that most of the troop is in sixth grade, it was time for them to move to Cadettes, where they’ll remain until eighth grade. As Cadettes, the girls will begin working on their Silver Award, the highest achievement a Girl Scout can achieve.

“We’re all really proud of them,” Conniff said.