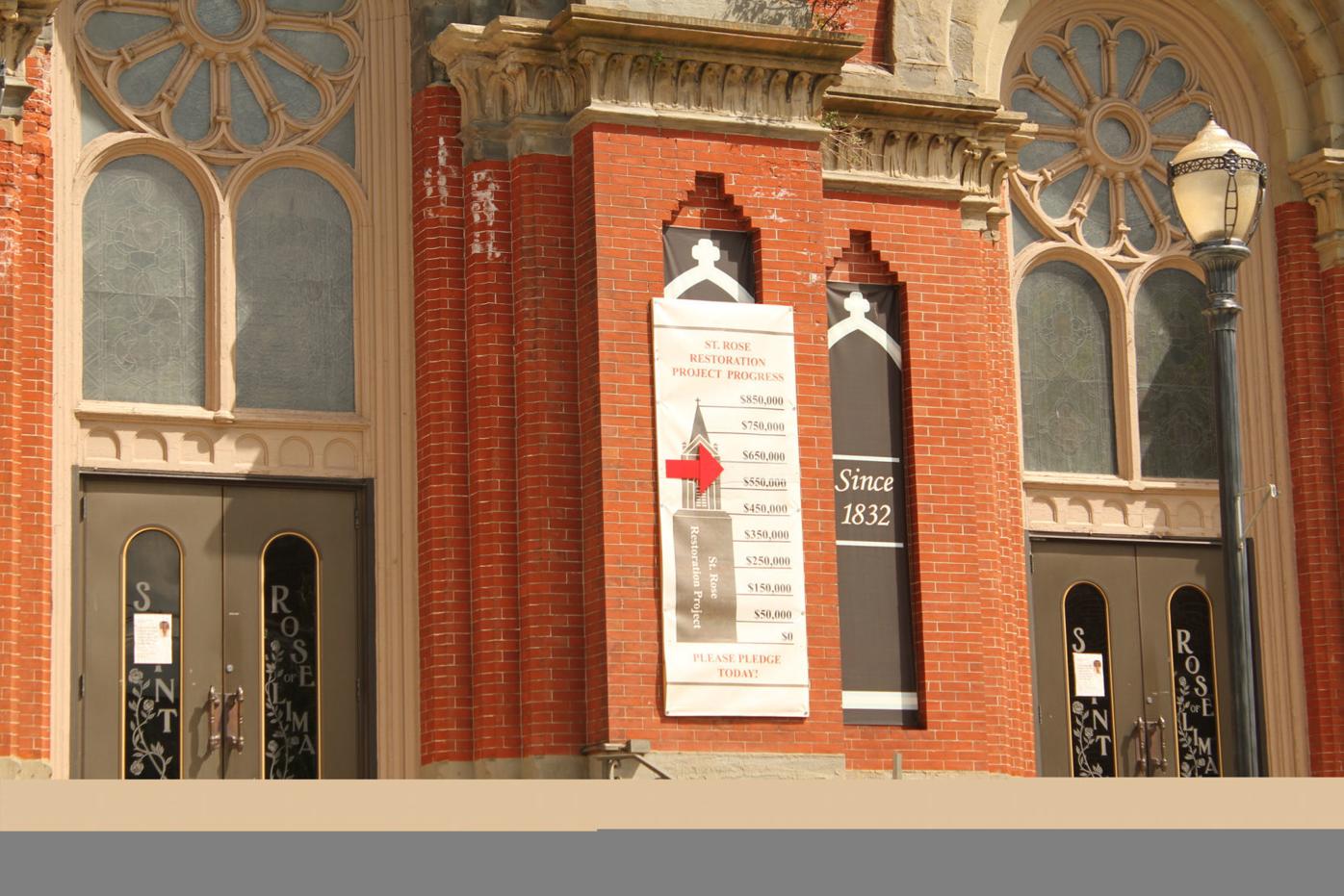 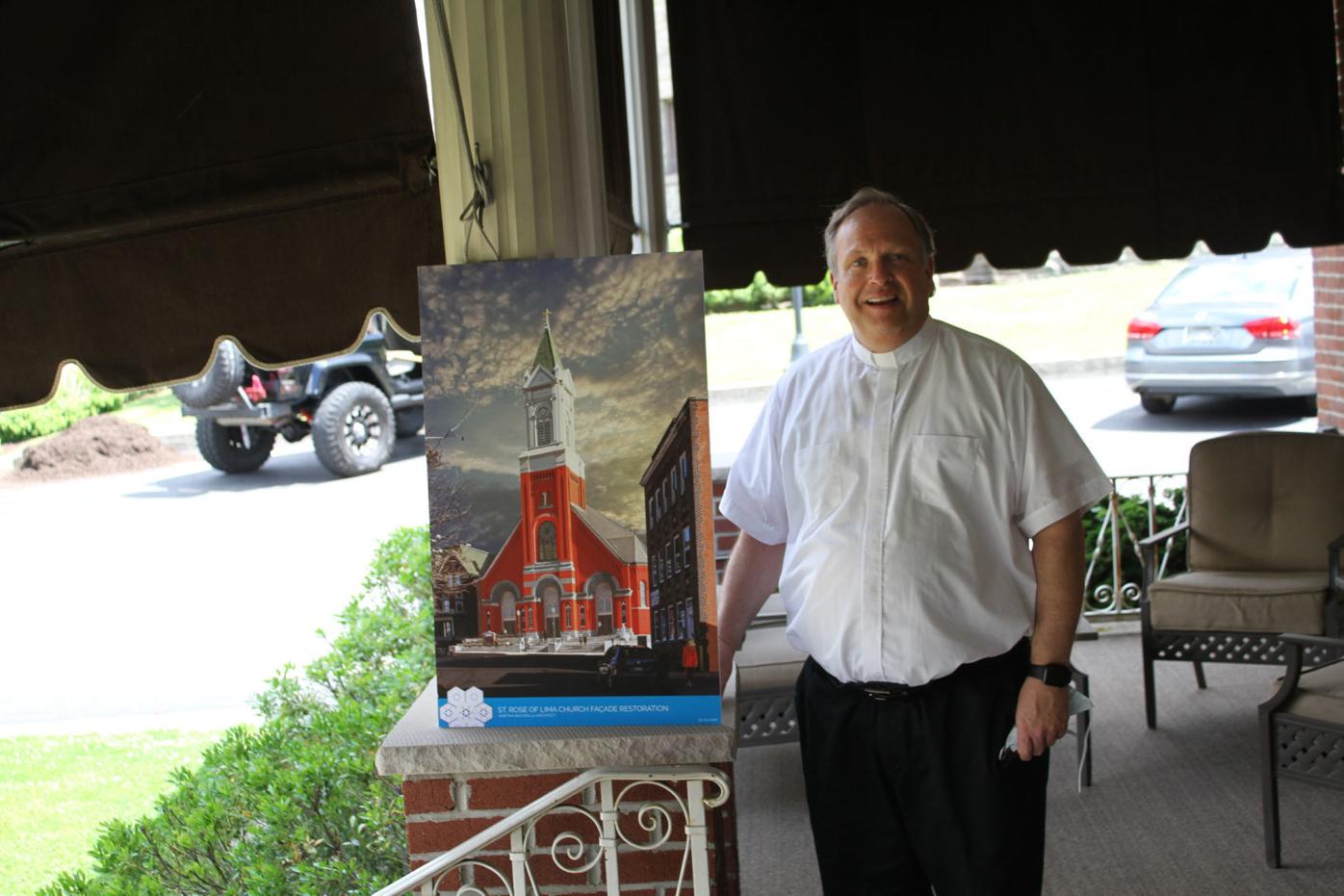 The Rev. James A. Price, C.P., Pastor of St. Rose of Lima Church, shows an example of what the renovated church will look like after construction. 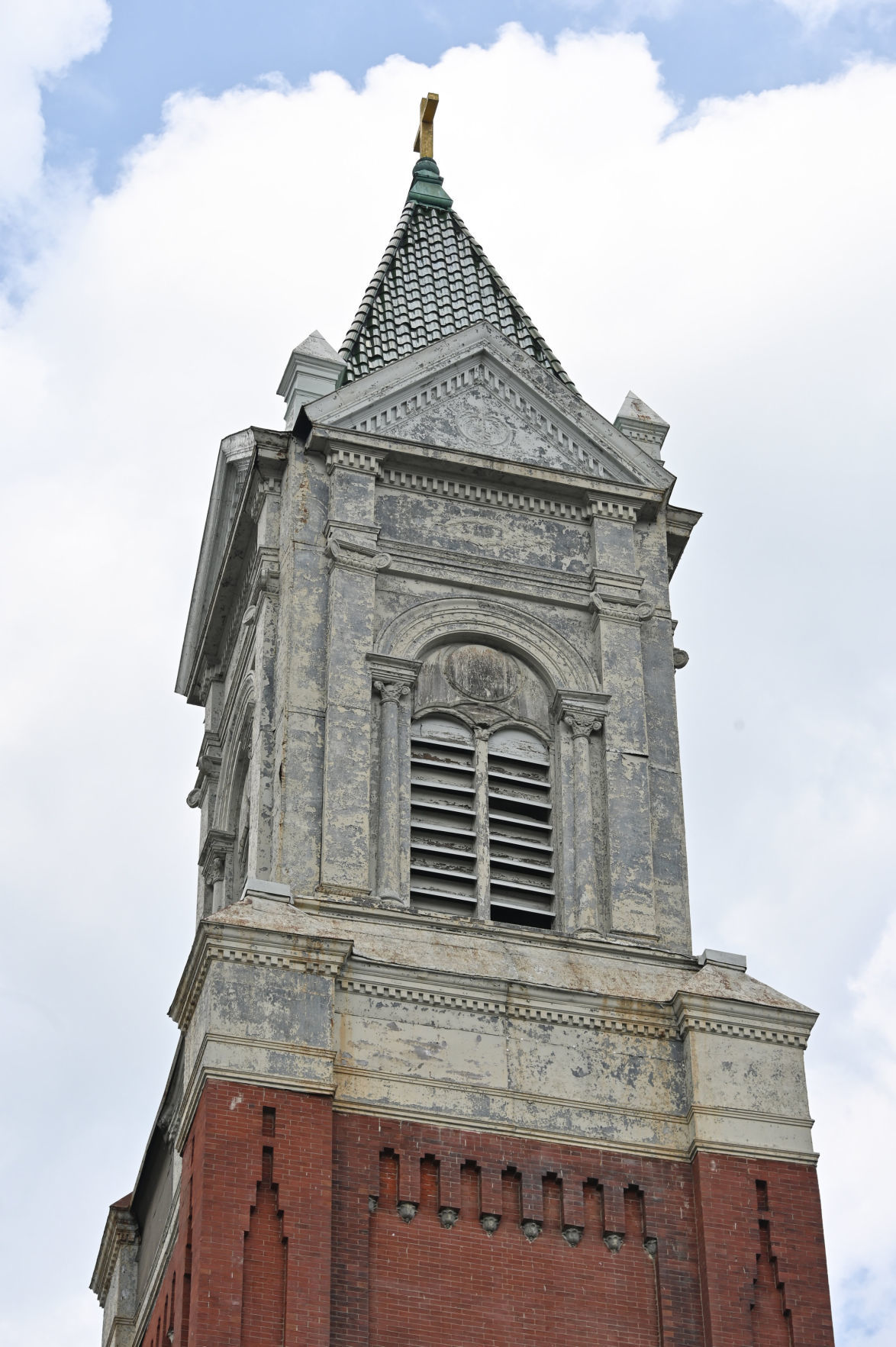 St. Rose Church in Carbondale is one of the oldest churches in the Diocese of Scranton.

The Rev. James A. Price, C.P., Pastor of St. Rose of Lima Church, shows an example of what the renovated church will look like after construction.

The road to renovation for the historic St. Rose of Lima Church has been lengthy, but after years of planning, the church will soon be able to move forward with a major construction undertaking.

St. Rose of Lima Church, the oldest church in Lackawanna County, is in desperate need of repair. Built in 1832, the church now has damaged granite steps, flaking bluestone and weathered brick, warped sheet metal around the bell tower and rotted wood in the belfry, according to John Devine, a financial consultant for the church.

Faced with a staggering renovation estimate of $850,000, the church turned to its congregation and local business community. In six months, more than $600,000 has been raised. Church officials believe they’ll raise the remaining amount by summer’s end.

“The town has a longstanding reputation of stepping up in times of need,” said longtime parishioner and financial committee member Harry Coleman. “Local businesses and parishioners will come forth to make sure St. Rose receives the remaining total.”

Work will include fixing sheet metal on the bell tower, repairing the bluestone and brick along the facade and renovating the granite front steps. The renovations will take about four months to complete in total.

St. Rose of Lima was established in 1832. The church was a wooden structure made of logs then. In 1842, the

Rev. Henry Fitzsimmons headed up a project to build a new,

It’s widely believed this is when the main church, made of brick, was built. In 1887, the Rev. Thomas Coffey was installed as pastor and major changes began taking place. The transepts were constructed, and balconies, choir loft, new pews and stained glass windows were all installed. The sanctuary was enlarged.

In 1975, the Rev. Thomas Horan renovated the interior of the church, including the mosaic of the Risen Christ behind the altar. New pews and new carpeting was added then, too. In August 1966, the steeple was repaired and repainted. In August 1985 there were exterior repairs and painting, and in November of 1992 the church received a new roof. In April 2000, Walsh Sheet Metal from Scranton submitted a proposal for replacing the flashings between the tile at the steeple and the sheet metal at the belfry portion of the tower.

The church was built in the Romanesque Revival Style that was popular in the late 1800s and was influenced by the church style common in northern European cites. There are no found church records with the name of the architect of the church, but it is very similar in proportions and materials to St. Mary of Mount Carmel Church in Dunmore, Scranton, although the latter was designed in the Gothic Revival style.

St. Rose church is constructed of deep red-colored brick with bluestone base, bands and arch surrounds. The church sits on a plinth of concrete and features granite stairs. The street level façade of the church at the main entrance is a tripartite composition with thee equal-sized entrances with round arches at the top, trimmed with bluestone and adorned with small rose windows. The tower rises from the center entrance from substantial brick piers designed to look like clasping buttresses. The shaft is the tallest section of the tower and is comprised of a rose window at the top of an arched opening. Just above it are two narrow lancet-style windows with a small wood ionic column between them. The brick portion of the shaft is capped with sheet metal and the belfry sits on the brick shaft of the tower.

The belfry was designed to look like light-colored stone and is punctuated by wooded louvers on all four sides. Composite-style capitaled pilasters hold up the pediments. The decorative sheet metal details include dentil mouldings below the cornices at the pediments. There is egg and dart moulding below the volutes at the composite columns. The tympanum of the pediments is decorated with embossed metal garlands and the frieze is decorated with what appears to be embossed metal wreaths. The tile-roofed steeple rises from the pediments and a crucifix sits on top.

“The bell tower is historically significant to the city of Carbondale,” said Robert Powell, Ph.D., president of the Carbondale Historical Society. “St. Rose, First Presbyterian Church and city hall make up our skyline, so it’s important we keep those structures intact.”

To donate to the project, visit stroserestorationproject.com.