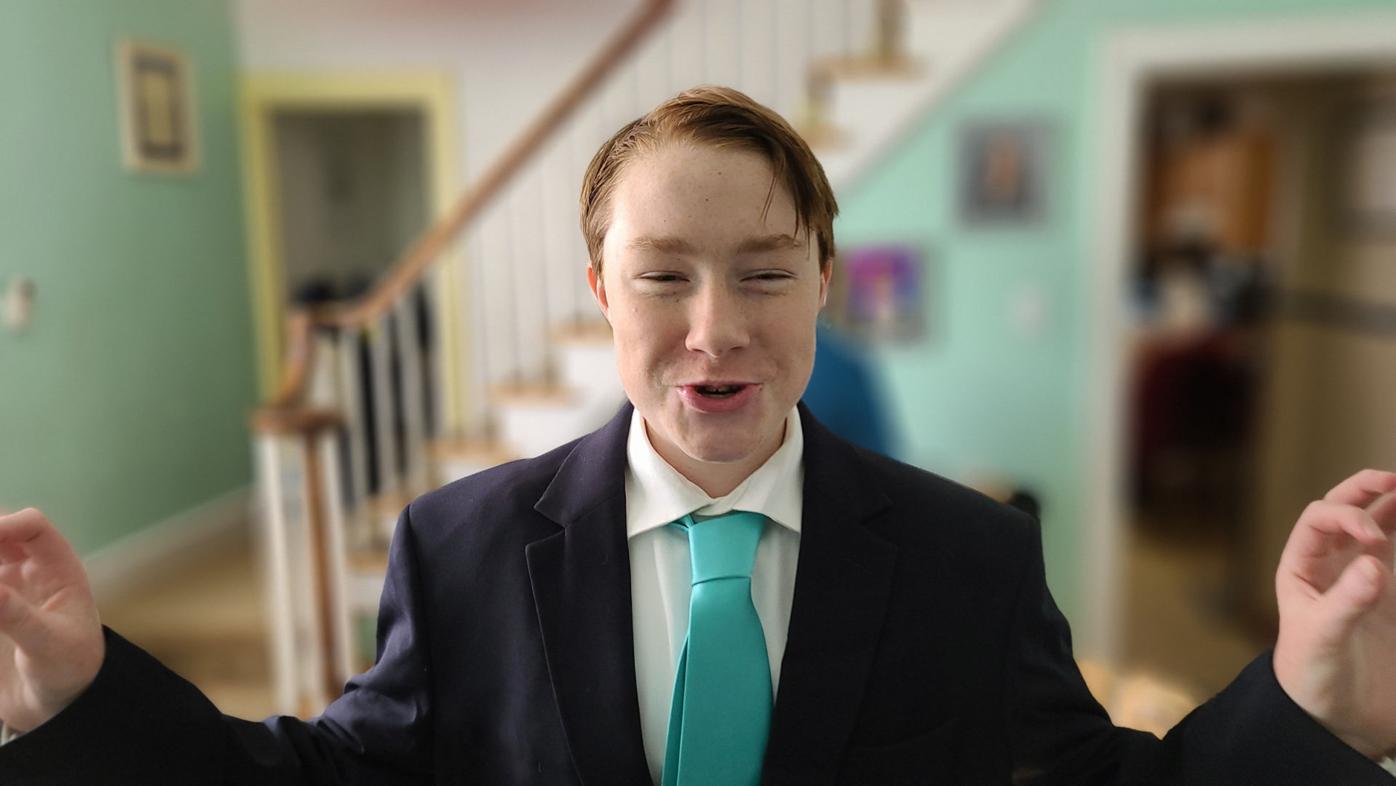 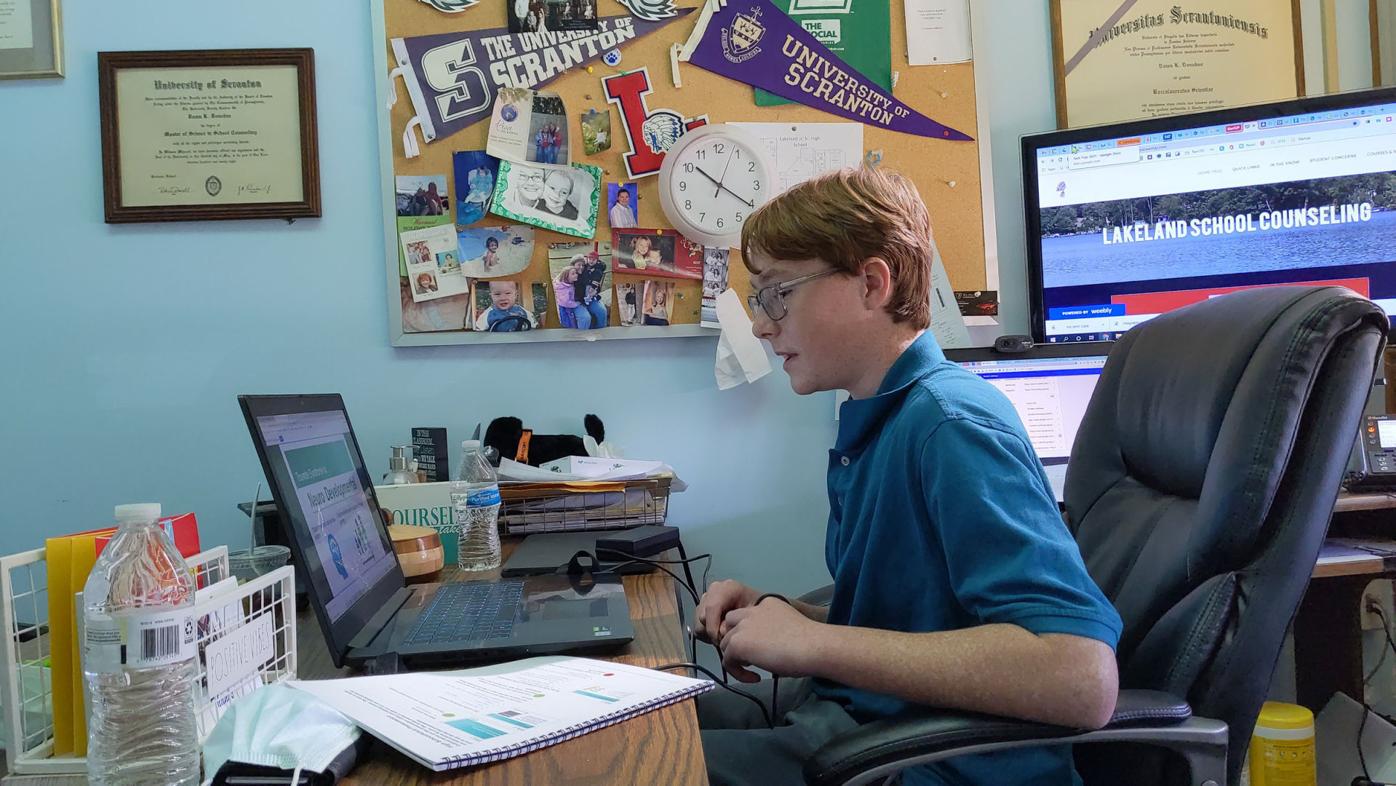 Mid Valley eighth-grader Callum deQuevedo just finished running an 800 meter race at a meet at Riverside High School last year when all of a sudden, he felt a rumbling in the back of his throat.

He shrugged it off until the next morning, when he realized he was having difficulty breathing. He left school early the following week because of the same problem.

It took nine months and visits with more than 20 doctors up and down the East Coast before he and his family received an unexpected diagnosis in fall 2019: Tourette syndrome.

“It just amazed me that there weren’t a lot of doctors around here … who were familiar with tics and Tourette syndrome,” said Callum, who is now finishing up his freshman year.

The experience highlighted one of Callum’s best traits, mom Dawn deQuevedo said: his positivity. Since receiving the diagnosis, Callum is working to increase awareness locally and across the country.

“He didn’t want to dwell on it too much. He just wanted to keep doing his thing and enjoying his life and I think that is one of his top qualities and he impresses me every day,” deQuevedo said.

Getting a diagnosis was a relief, both Callum and his mom said. She spent the car ride home googling Tourette syndrome and found the main sources of information were the Tourette Association of America and the Pennsylvania Tourette Syndrome.

“They both gave us a ton of resources and I saw they gave a ton of opportunities for kids to get involved,” she said.

Among the opportunities available was the youth ambassador program offered through the Tourette Association of America.

By the time he adjusted to his medication and was adapting to life at school, Mid Valley and other schools in the area were forced to shut down as a precautionary measure against the COVID-19 pandemic. It also caused the Tourette Association of America to temporarily cancel its program; Callum was able to submit his application when they began accepting them again this year.

The hardest part of the process was sorting through his own diagnosis story, Callum said.

“I know that doesn’t sound hard,” Callum said. “I don’t think I ever realized how hard it was to actually get that diagnosis, and to find a doctor that was able to again diagnose it.”

Once selected for the program, Callum attended training and met other youth ambassadors. Though training is usually held in Orlando, Florida, this year’s training was held virtually over Zoom for two days.

“I honestly wish I could have done it for three days or a week. It was awesome,” Callum said. “We learned and we practiced.”

In addition to learning the basics of Tourette syndrome, Callum and his fellow ambassadors also received training on how to talk to elected officials and ask for funding for the Centers for Disease Control and Prevention to further research on Tourette syndrome.

“I would like to bring awareness to people, not just for me but for other kids because there are a couple kids at these schools who don’t tell their classmates and then their tics get worse,” Callum said. “I want them to take away that Tourette syndrome is not really a laughing matter. ... People who have Tourette syndrome are still human.”

At school, Callum is involved with the reading team, chess club, the tennis and soccer teams, and is treasurer for his class.

“He has a great ability to connect with people of all abilities and all sorts,” Megan O’Rourke, Callum’s former teacher from Mid Valley High School said. “He’s just the epitome of a kid a teacher wants to have in their classroom all around.”

Callum’s ability to connect with others was highlighted through the diversity of his extracurricular involvement as well as in the classroom, O’Rourke said.

“I teach special education and I have kids of all abilities but some that struggle a lot with mental health type things,” she said. “Callum is like an expert on stress, anxiety and all that stuff and he stepped right in with my kids who needed some help and maybe some extra resources and was able to connect with them.”

His ability to lend a helping hand doesn’t stop with his classmates, O’Rourke said. When the school was first shut down, teachers were still figuring out what resources they could provide their students with and Callum’s interest in STEM classes led him to help her adapt to an online teaching environment.

“He actually worked with me to sort of teach me how to code because they had a coding class and I was completely lost,” O’Rourke said. “I am just so thankful for being able to learn from him not just about that stuff, but about the things he goes through every day.”

Callum said he wants to take his interest in STEM and his dedication to helping those around him into the medical field, particularly as a doctor.

“I really like medicine and I really like understanding it. It could also be because I have Tourette that I really think I can help in that profession,” Callum said.