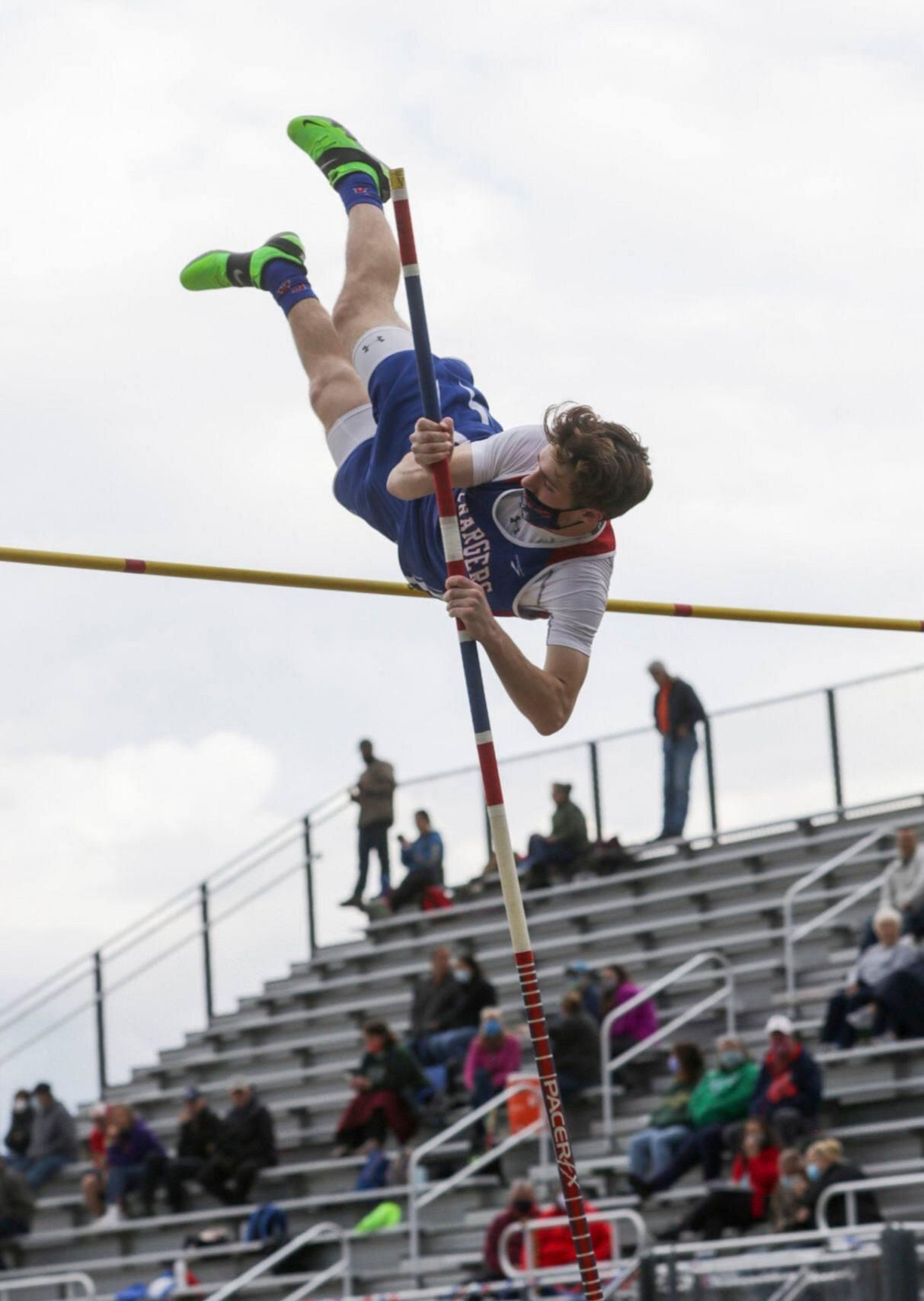 Bayley Grizzanti broke a school record in place since 2011 at his last home meet.

Bayley Grizzanti broke a school record in place since 2011 at his last home meet.

Carbondale Area senior Bayley Grizzanti leaves behind a legacy after he set the pole vault school record at the final home meet of his career.

Bayley started competing in pole vault the summer before his sophomore year. He vaulted twice a week at Western Wayne during the summer and winter months in a vaulting program that was open to students from various schools. He also competed in the winter in indoor track & field meets to hone his craft. He vaulted 10-6 during his first ever indoor meet. In his sophomore year at the district championship meet, he vaulted 11-0 to earn a bronze medal.

He also vaulted in the On the Road Track and Field World Tour during the summer going into his junior year. Bayley’s indoor PR is actually 13-1, which he achieved during his junior year right before the pandemic hit. He could not officially count that as the outdoor record, which is 12-0.25. Unfortunately, he lost out on his outdoor junior season and was no longer able to vault at Western Wayne due to COVID-19 restrictions. He switched gears and began vaulting at Vertical Assault in Bath, Pennsylvania one or two days a week since.

“My pole vaulting journey has had some high highs and some low lows,” Bayley said. “I believe that taking on the challenge of learning, studying and practicing this sport has revealed a lot to me about how I work and what drives me. I think it will benefit me and my mindset in many aspects of my life. I wouldn’t trade this experience for anything else, and I hope to continue the journey throughout college. Becoming a part-time pole vault coach is definitely something I would consider after college.”

“Bayley is a great leader both on and off the track,” stated Coach Tim Rossetti, the district’s Head Boys Track and Field coach. “He uses his practice time to also teach the underclassmen how to vault and is also the valedictorian of his class. I am just ecstatic that we were able to have a season and Bayley was able to get the Pole Vault record.”

Other seniors recognized were Giana Arnese, Sarah Tolerico, Amelia Muta, Matt Korty, Halley Schwartz, Aiden Kelly, and Michael Bossick. Giana competed in the sprints and jumps, Sarah and Amelia in the throws, and Matt in the distance races. Halley, Aiden, and Michael competed in the Unified division.

“Although we had a small team, we came to practice and meets each day determined to compete,” said Giana, a senior sprinter and jumper. “We showed up and worked our hardest. Recently at the Jordan Relays, we were the underdogs and for only having five girls there we managed top 5 finishes in all of the events we ran, even winning one of the relays and medaling in others. I am proud of my career here.”

To see photos of all the senior track and field team members, visit www.carbondalearea.org/grizzanti-breaks-pole-vault-school-record-on-senior-night/