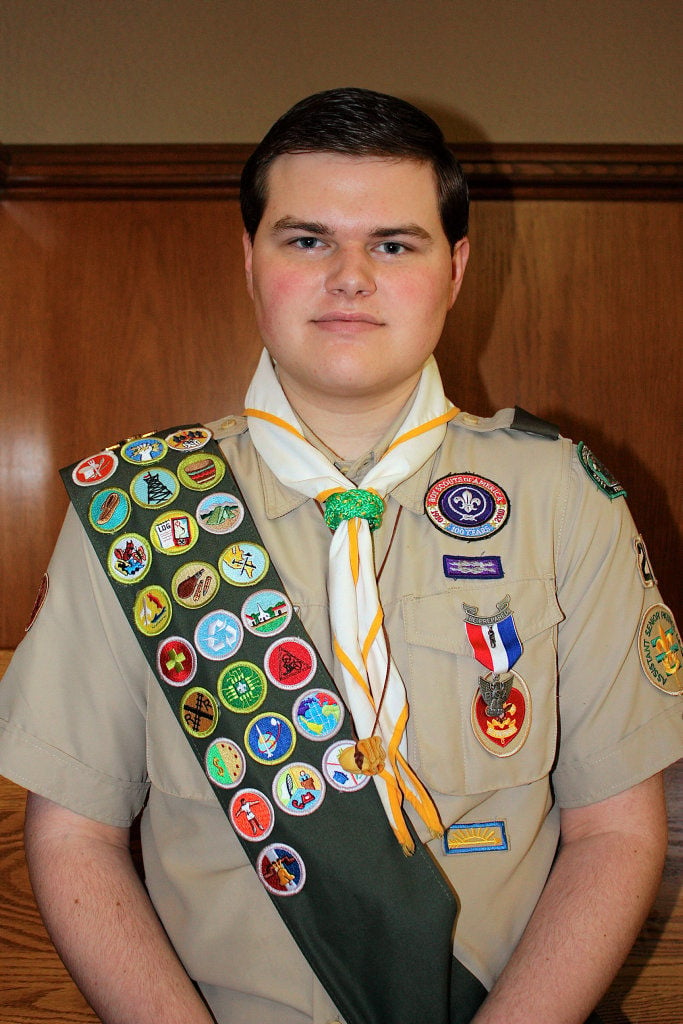 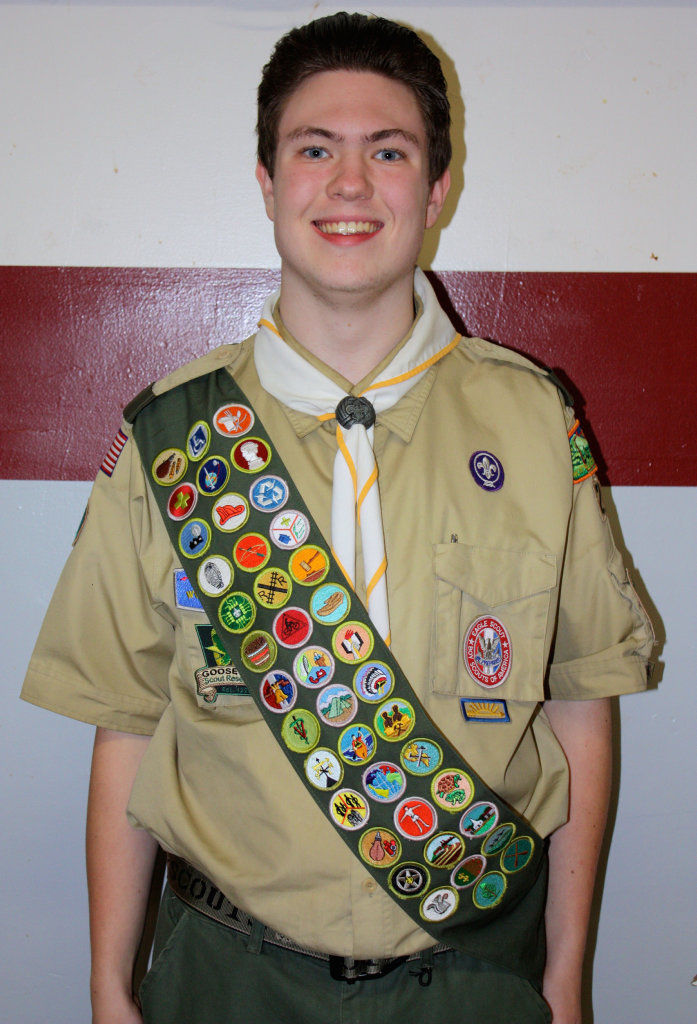 Joshua is a son of Jeffrey and Wendy Zellers of Olyphant. He is a Mid Valley High School junior and attends The Career Technology Center, where he is learning graphic art design.

Joshua attended yearly camps at Goose Pond and campouts in Rickett's Glenn and Tobyhanna. He also attended camporees at Niagara Falls and West Point and attended the Scouting World Jamboree in Summit West Virginia this year.

Joshua's Eagle Scout project was landscaping work for United Cerebral Palsy in Clarks Summit. He led his fellow scouts, leaders and volunteers in making the building and grounds look nicer and the surrounding area safer.

Ryan is a son of Gregory J. Strony and Jane Ann (Price) Strony of Dickson City. Ryan is a senior at Holy Cross High School, a member of Holy Cross Parish, Olyphant, a member of the National Honor Society, a thrower in track and field, brother in the Order of the Arrow, Lowwapaneau Lodge 191, Sons of the American Legion, Squadron 665, Dickson City and a full-time member of Schrader Lodge of the Mid-Valley, Monroeton.

Ryan is pursuing an adult leadership status with his troop.

For his Eagle project, Ryan and his troop took apart 30 feet of existing stone wall, cleaned the area and rebuilt the entrance to the popular hiking/ biking area known as Countryside Conservancy in LaPlume.

Dominic is a son of Jeffrey P. Allan and Michele T. Allan of Dickson City. He is a senior at Mid Valley High School, attends the Career Technology Center of Lackawanna County for the electrical program and is an intern at Signature Building Systems of PA. He is a member of St. Mary's Parish, Dickson City, brother in the Order of the Arrow, Lowaapwneau Lodge 191 and has held several leadership positions with his troop as well as worked as staff at several District Camps.

Dominic was in second grade when he joined Pack 21 as a Wolf Scout, earned the Arrow of Light award in 2013, then joined Boy Scouts of America in 2013. He holds several scouting awards and has completed the advanced scouting leadership program, National Youth Leadership Training. He attended many years of scout camp at Camp Acahela and Goose Pond Scout Reservation, competed in several events such as first aid meets and Klondike Derbies and participated in several troop trips to state parks, national museums and other locations.

For his Eagle project, Dominic led and participated in the construction of two Little Free Libraries for Olyphant Borough. He was assisted by a few other scouts and leaders.