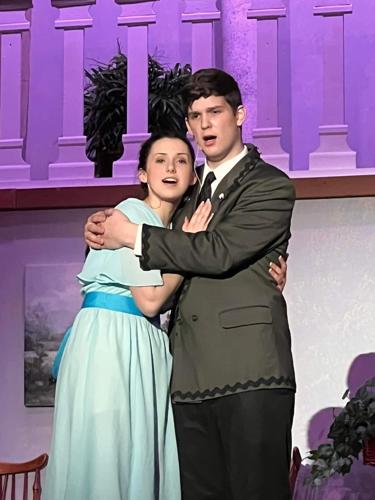 Isabella Desmarais as Maria and and Matt Lorenzetti as Captain Von Trapp on Mid Valley’s production of “The Sound of Music.” 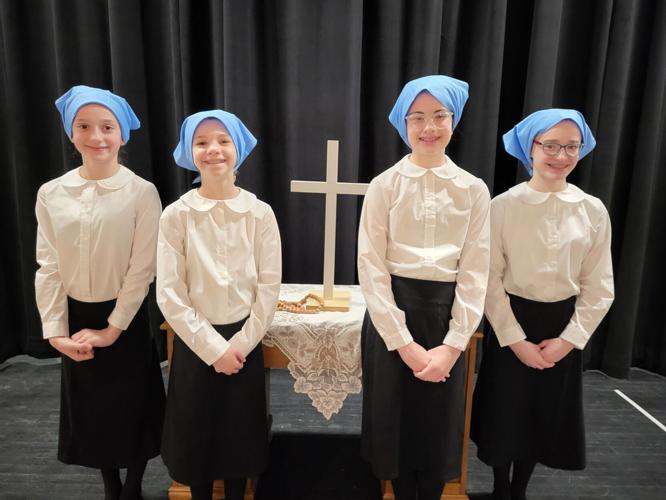 Isabella Desmarais as Maria and and Matt Lorenzetti as Captain Von Trapp on Mid Valley’s production of “The Sound of Music.”

The Underwood Players of the Mid Valley Secondary Center Drama Club presented “The Sound of Music” on April 1 and 21.

The performance in the newly renovated high school theater brought a new level of professionalism to the Mid Valley community.

Members of the Underwood Players showed their excitement for performing the classic musical by exceeding all expectations of the directors in the audition room. Without any prior experience of playing an instrument, Junior Matthew Lorenzetti prepared for his audition by learning “Edelweiss” on guitar, earning him the opportunity to showcase his acting, vocal, and instrumental talents as the male lead role of Captain Von Trapp.

“Receiving the news that I would be portraying Captain Von Trapp was one of the best moments in high school,” Matthew said. “I am grateful to be given the opportunity to make the role my own while still showing honor to the original character that everyone fell in love with. Transferring from a high school student to a stern, military-like captain is a difficult task.”

Junior Isabella Desmarais earned the lead role of Maria Rainer. This was her first production with the Underwood Players, and she recognized the dedication and passion needed to portray the various aspects of Maria Rainer’s free-spirited, kind, resourceful, determined and inspirational character.

“Being a first-year member of the Underwood Players and stepping into one of the most well-known roles in all of musical theater, I knew that I must commit myself fully to the rehearsal process to ensure the success of this production,” Isabella said. “Discovering the true efforts that must be put into high-quality productions was an eye-opening and rewarding opportunity. I am honored to be portraying Maria Rainer, and I am fortunate to be among the talented members of the Underwood Players.”

Patricia Powell, director and producer of the Mid Valley Secondary Center Drama Club, retired from her career as an English teacher after 35 years with the district in the spring of 2021 but returned for her 36th year to lead the production staff of “The Sound of Music.” Though she has brought outstanding innovation, creativity, knowledge and dedication throughout all of her years with the Underwood Players, Powell put in even more time and thought into each aspect of this production.

“Creating theater for the students at Mid Valley is a true labor of love,” Powell said. “The responsibility of a director in a high school production can be very challenging. However, I believe that my efforts are a gift to the students and to myself. I’ve seen our young actors come to a deeper understanding of who they are as human beings because theater teaches valuable life lessons: self-awareness, teamwork, resilience, confidence and so much more.”

Joining the production staff this year were Gianna Manzo as assistant director and Jonathan Mengoni as musical director.