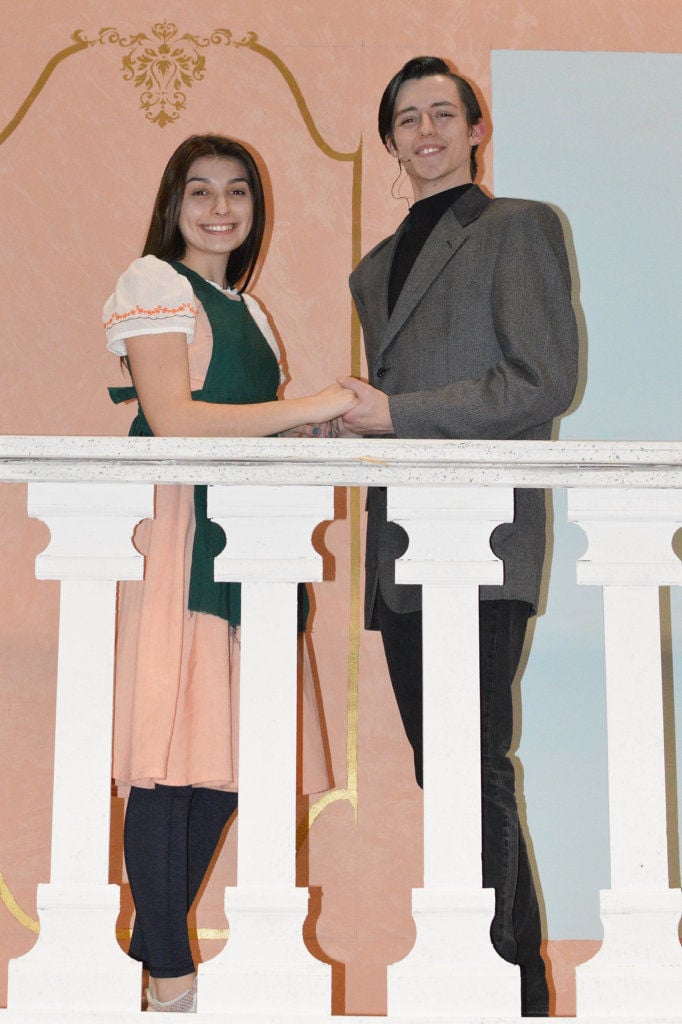 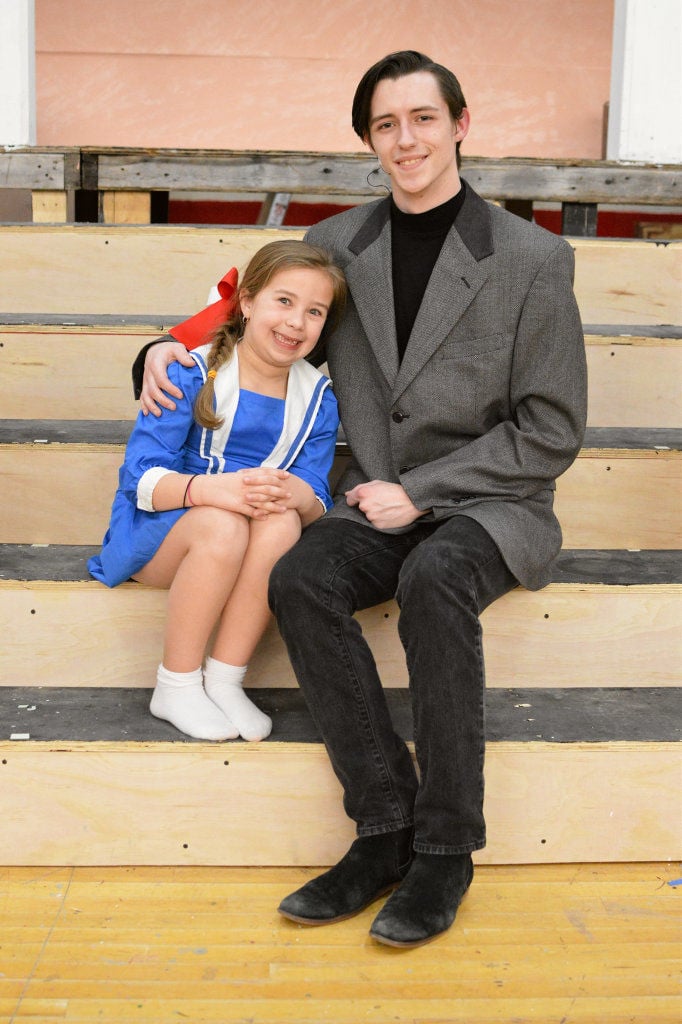 Morgan Maiolatesi as Gretl and Connor Martin as her father, Captain Von Trapp.

The stage at Lakeland Junior-Senior High School in Scott Township has been busy for the past several weeks in preparation for the annual musical. Rodgers and Hammerstein's "The Sound of Music" will come alive at the school on March 6, 7 and 8. Curtain time for evening performances on Friday, March 6 and Saturday, March 7 is 7 p.m., Saturday's matinee begins at 2 p.m. and the final matinee performance on Sunday, March 8 is at 3 p.m. Tickets are available at the door or by calling the high school office at 570-254-9485 during school hours, and are $10 for adults and $5 for students.

More than 50 Lakeland students have joined together on and back stage to bring the classic musical and its characters to life. Seniors Giana Good and Connor Martin portray Maria Rainer and Captain Georg von Trapp, respectively.

Julia Possanza, Hannah Pezanowski, and Madalyn Piwowarski round out the cast of principal nuns as Sister Margaretta, Sister Berthe and Sister Sophia, respectively.

Because so many Lakeland students auditioned, the directors cast understudies for the children's roles, as well as several of the principal nuns, the Saturday matinee performance at 2 p.m. will feature understudies: Abigail Shygelski as Louisa, Ariella Boccadori as Brigitta, Arbor Thomas as Kurt, Tierney Fawcett as Marta and Molly Nolan as Gretl. The Mother Abbess will be played by Madalyn Piwowarski, Sister Berthe will be portrayed by Hayley Nolan and Sister Sophia will be played by Zoey Fawcett.