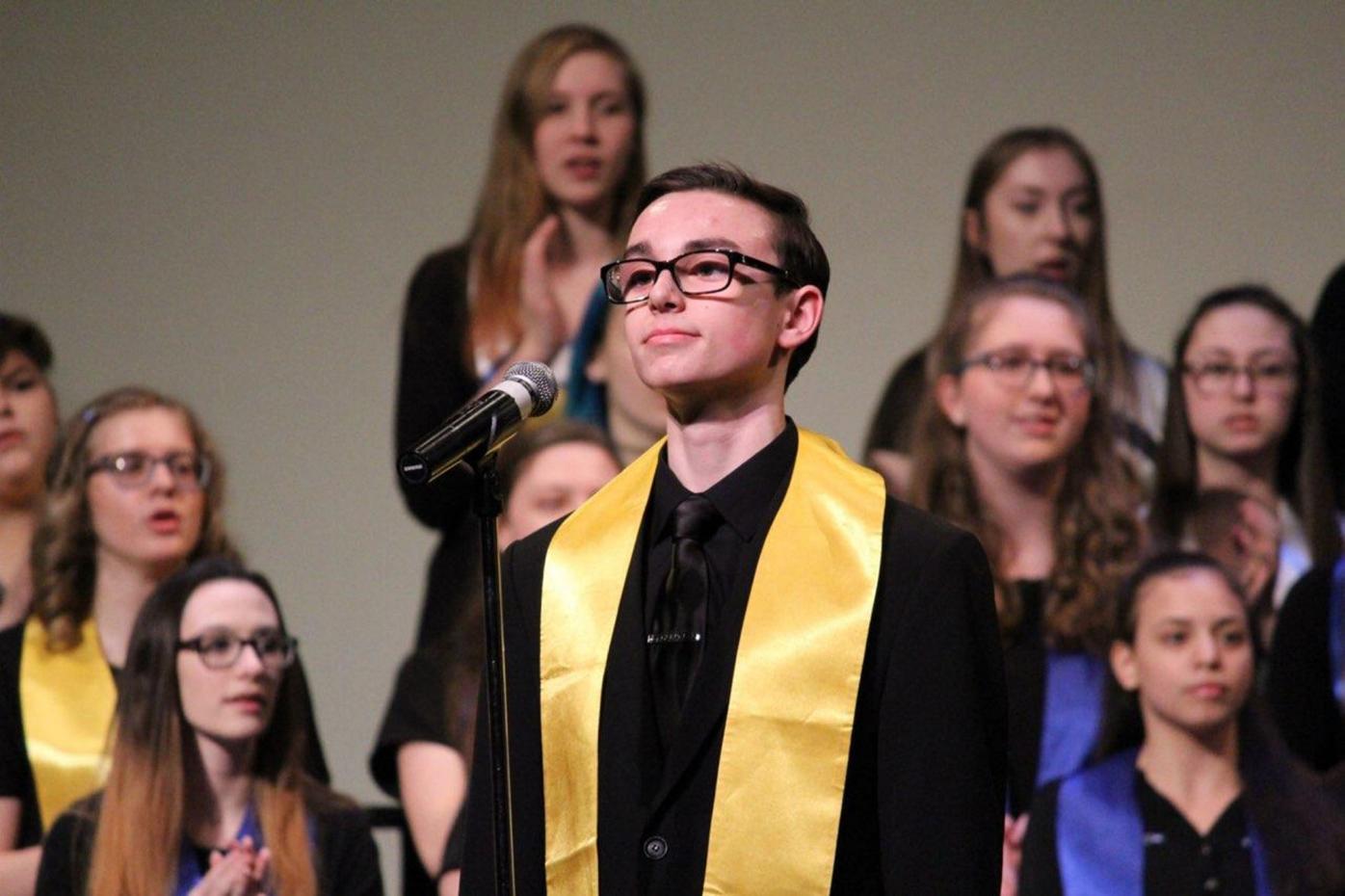 Ryan Coleman, an accomplished singer at Valley View High School, recently performed with an elite choir after trying to out for the National Association for Music Educators All National Honor Mixed Ensemble. 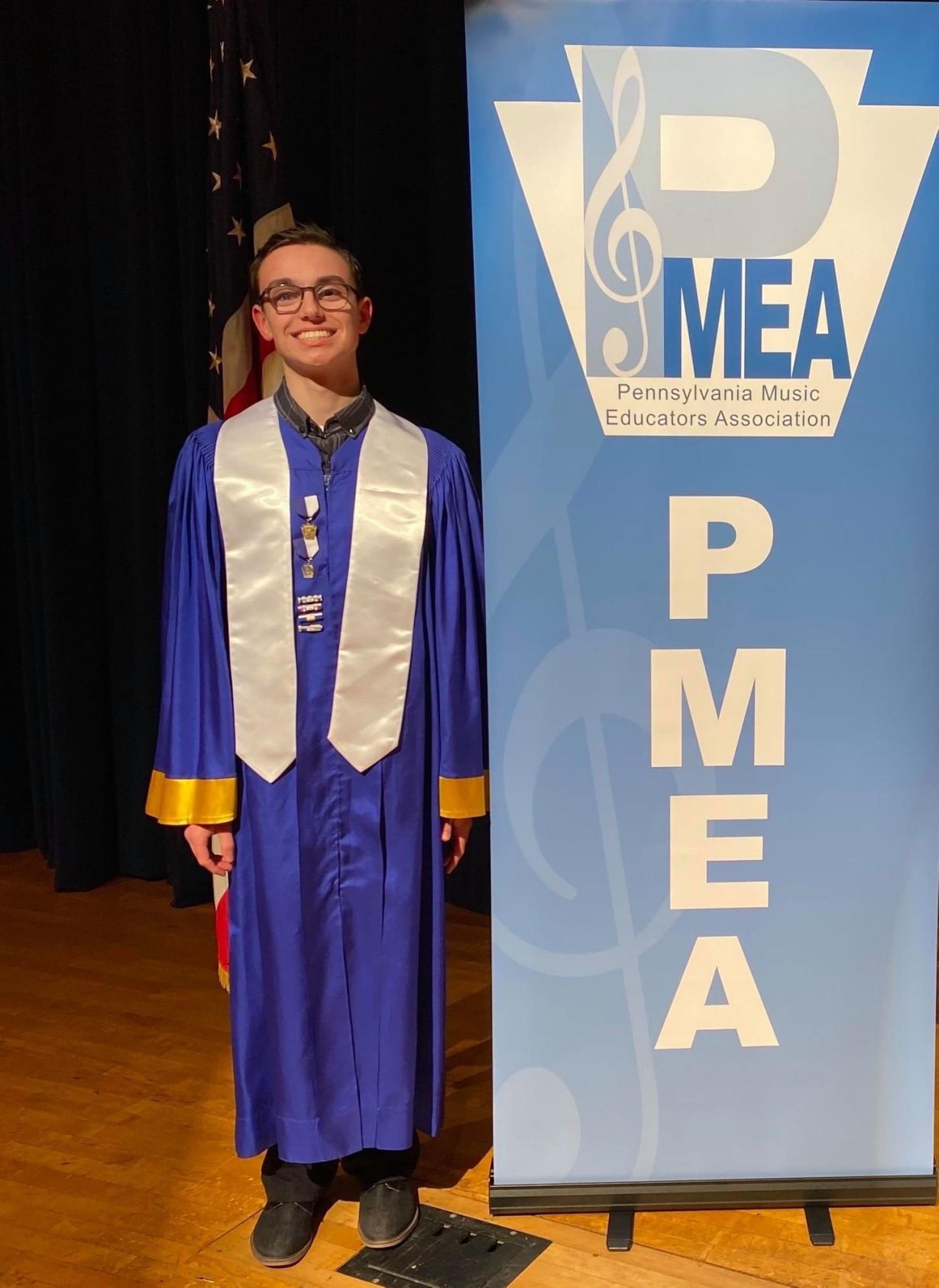 Ryan Coleman, an accomplished singer at Valley View High School, recently performed with an elite choir after trying to out for the National Association for Music Educators All National Honor Mixed Ensemble.

Ryan Coleman has been singing as long as he can remember.

The 18-year-old Valley View High School senior got his start cantoring with his mother at their church, Christ the King Parish in Archbald. He went on to participate in the church choir and elementary school chorus. He’s very involved in the high school’s music program, as well as a select choir called Voices of the Valley.

“My family is very musically inclined, especially on my mother’s side. We’ve always had that great bond through music,” Ryan said. “Music is something that gives me hope, joy and happiness. It really gives a meaning to life.”

Ryan recently earned a spot among the top student singers in the country, an honor only five other Valley View students have earned. He auditioned via video because of the coronavirus pandemic and participated in a virtual festival earlier this month.

His mother, Jill Coleman, said her cantoring experience with Ryan gave her some insight into his singing abilities, but she never realized the full scope of his talent until he started singing for school choirs. Ryan would not tell his parents if he had a solo in an upcoming concert — something he continues to do — to surprise them during the event.

“His voice just amazed us. We were like, ‘Where did this voice come from?’’’ Jill Coleman said. “He always had it in him, from day one. He’s a very structured, intelligent, driven young man.”

In addition to his involvement with music locally, Ryan has tried out for Pennsylvania Music Educators Association festivals held every year. This year, Ryan has auditioned for and attended festivals at every level, from district festivals all the way up to the all-state festival.

The festivals are competitive and only take a select number of singers for each voice part. Ryan’s part, tenor one, is the higher male voice part.

To audition, students memorize and perform a selected piece of music. The auditions are blind, meaning the judges do not interact with or see who is auditioning. A selected excerpt of the song is sung a capella. For district chorus, 20 singers are accepted from auditions, while only four are selected for all states.

Ryan’s most recent and prominent accomplishment in the choral world came this summer when he was selected to attend the National Association for Music Educators All National Honor Mixed Ensemble.

He auditioned via video and, due to the COVID-19 pandemic, Ryan was left waiting for his results longer than usual. In July, he received an email informing him that he had made it into the choir and was invited to attend the event.

“I was in shock,” Ryan said. “I was not expecting to get in. It was really a rush of excitement when I read the email.”

Despite the pandemic and the restrictions, Ryan was hopeful about the event.

“I think it’s going to give some sense of normalcy to what has been an awkward and unprecedented year,” he said before taking part. “They’re going to try to make it as normal as possible. I have some sense of hope towards some sense of reality in my life again.”

After graduation, Ryan plans to attend Marywood University to major in mathematics and minor in Spanish. He hopes to continue singing as an extracurricular activity at Marywood and as a hobby in his adult life.