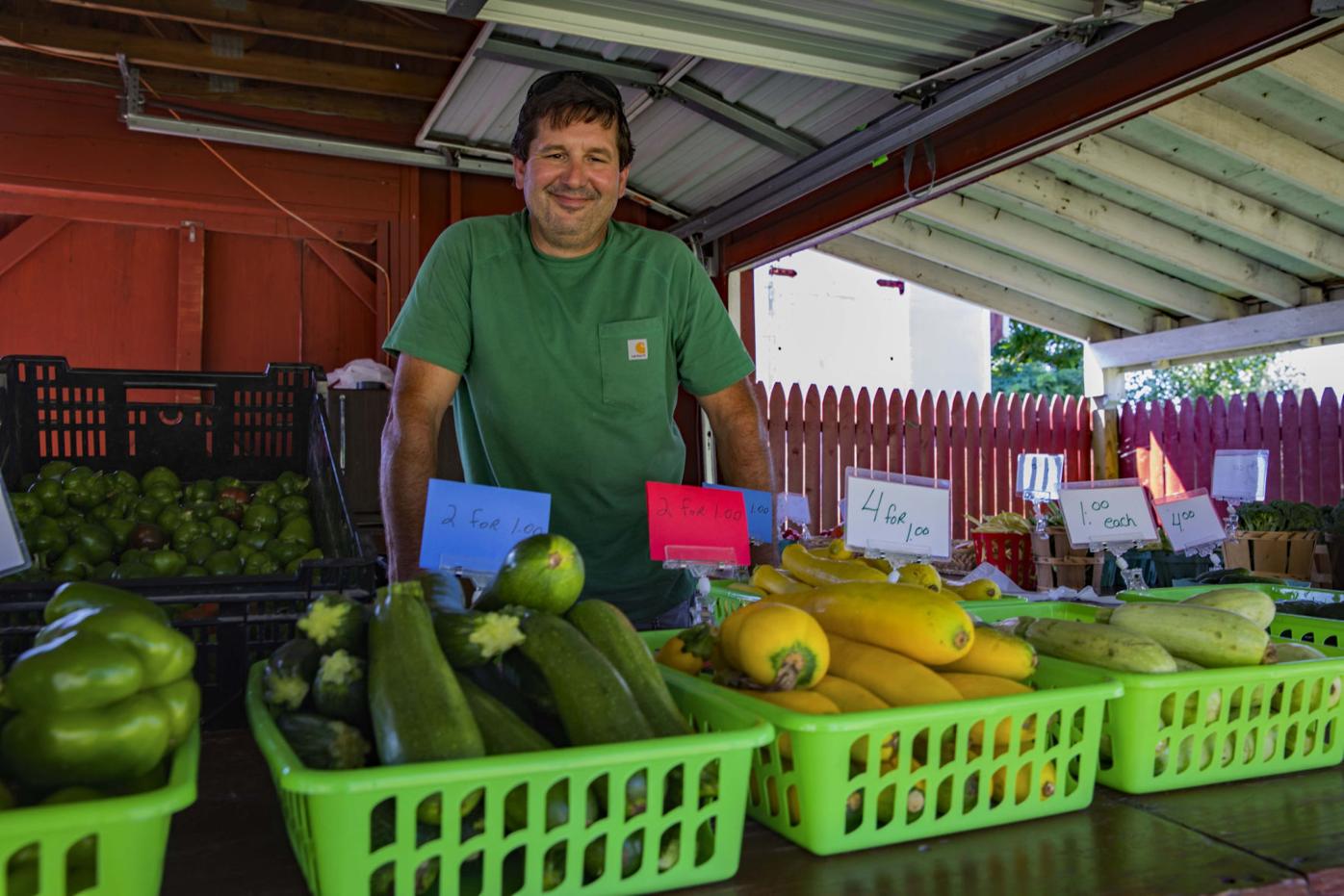 Bill Hopkins, owner of Hopkins behind the counter of his farm stand in Dickson City. 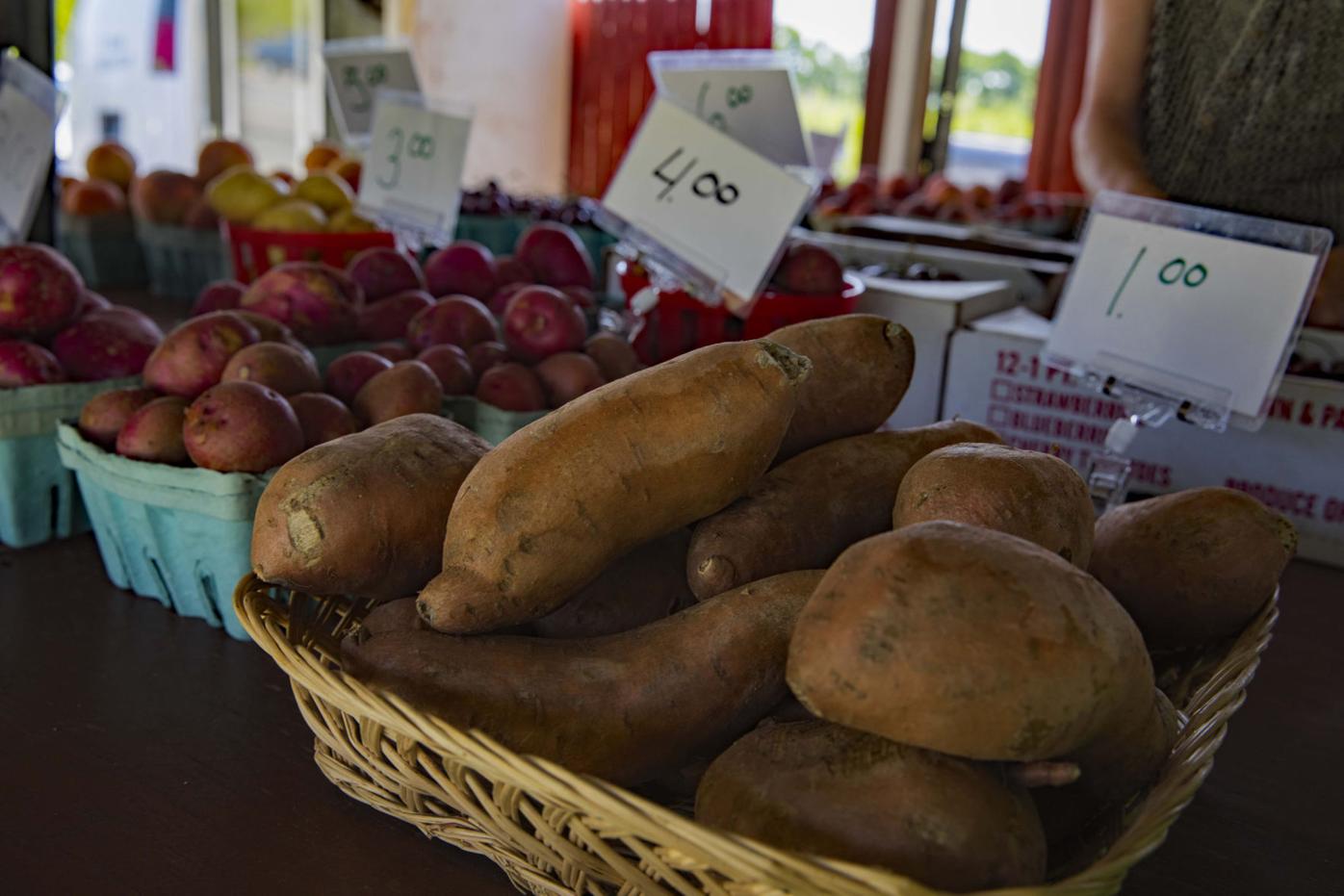 Root vegetables are among the offerings at the farm stand.

Bill Hopkins, owner of Hopkins behind the counter of his farm stand in Dickson City.

Root vegetables are among the offerings at the farm stand.

A small, red farm stand on Business Route 6 in Dickson City has long been a familiar sight for many people living in or traveling through the Midvalley.

It’s also a familiar stop for many people seeking fresh fruits and vegetables.

Bill Hopkins, owner of Hopkins Farm in Falls, intends to keep it that way. He took over the legacy of John’s Corn last year when several complementary factors meshed, he said. The result is that the farm stand continues to offer plenty of locally produced foods but with a new name: Hopkins Farm.

In 2018, John and Joan Buranich, owners of John’s Corn, marked 50 years in business a little earlier, according to Times-Tribune files.

“They contacted us last year,” Hopkins said. “They’re old family friends. They … wanted to retire and asked us if we wanted to move in here and sell our stuff.”

They said yes and began renting the building last year.

One reason behind accepting the offer, he said, “was to continue the tradition of having a stand here and the other part

is, last year, I was considering retiring from the military.”

Hopkins said he had spent 30 years connected to the military, first as a member of the regular Army for four years and then 26 years in the National Guard. While serving in the National Guard in Scranton, he held a variety of full-time jobs and spent, as he put it, “every free minute helping on the (family) farm.”

“I managed the farm last year for my dad,” he said. “And I was considering retiring (from the military) and we wanted to expand; get our name out (beyond) the town of Falls; getting our own operation expanded down in this direction.”

He separated from the Guard in January and purchased the farm from his father in late February.

“Everything I know (about farming),

I learned from my father and grandfather,” Hopkins said, adding that his grandfather turns 98 this year. “Most of the time when I run into a problem in the field, he’s the one I call.”

He credits his father, too, saying, “he gives me a lot of technical assistance as well.”

The Hopkins Farm stand in the Midvalley continues to be a family operation. Hopkins said his wife, Leanne, along with his daughter, Samantha, and son, Andrew, and his wife, Jenn, and even their two children, Axel and Ayrianna, are involved.

Customers will find a wide selection

“I bring fruit in; you know, the peaches, apples, things like that, (that) I do not grow, that I buy from other local farms,” he said.

Early in the season, Hopkins purchases some produce to sell. But as summer continues, more and more of the produce for sale at the stand comes directly from his farm.

In addition to fresh produce, there are sauces, salsas, mustard, honey and maple syrup, all from local producers, including Annie’s Country Kitchen, Lori’s Country Delights in Tunkhannock, Cole’s Honey based in Wyalusing and Loch’s Maple Syrup in Springville.

The Hopkins family has operated a stand at the Cooperative Farmers Market in Scranton for many years and has a self-service stand at the home farm. He also is weighing opening a fourth farm stand, noting he has been approached by the JCC in Kingston. Hopkins also has an online presence, hopkinsfancyfarm2020.weebly.com.

“We take orders online but we don’t get a lot of business that way,” he said.

Being online as well as operating farm stands in addition to growing crops fits in with his vision of the future of family farms.

“To survive, a small family farm has to be willing to expand its view, its horizons,” Hopkins said.

Hopkins Farm produce stand is open Wednesday, Thursday and Friday from 10 a.m.to 5:30 pm.; Saturday and Sunday, 10 a.m. to 3 p.m. It is closed Monday and Tuesday.